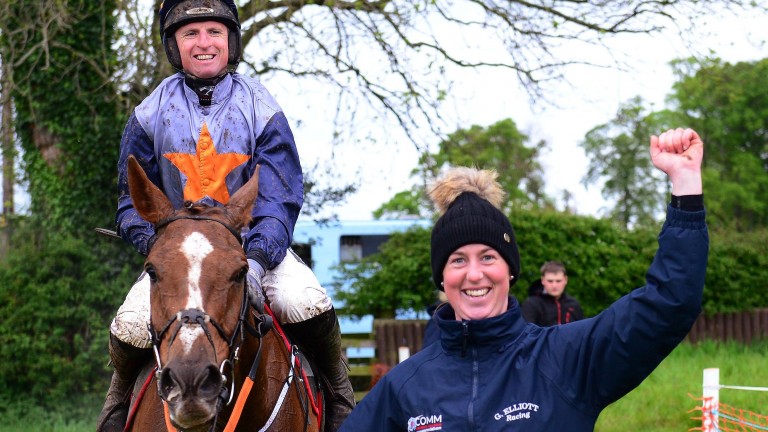 Camilla Sharples and her beloved 14-year-old Kruzhlinin were victorious at Navan
Healy Racing
1 of 1
By David Jennings UPDATED 7:34PM, MAR 6 2021

The roars of Camilla Sharples could be heard in the nearby village of Nobber as the 14-year-old Kruzhlinin, described by course commentator Jerry Hannon as her "pride and joy", soared over the last on the way to winning the veterans handicap chase.

It was Kruzhlinin's ninth success at the track, but he has also won 14 point-to-points and proved that age is only a number as he coasted home by eight and a half lengths under another teenager, 7lb claimer Jordan Gainford.

Sharples, who is Gordon Elliott's travelling head girl and owner of Kruzhlinin, was emotional afterwards and understandably so given she has cared for him since he was five.

Sharples said: "He owes me absolutely nothing and I was just hoping he would come back in one piece. Thank God he did, I'm lost for words.

"We call him Kevin at home because nobody knew how to pronounce his name when I first started looking after him at Donald McCain's nine years ago. So that's why we called him Kevin. The Rooneys very kindly gave him to me and let him run in my colours as I said I would rehome him forever. And here we are.

"It's been a very, very tough week for the whole team, but we've all stuck together and this is just awesome."

Dove soars to glory in feature

Joseph O'Brien sent out a 1-2 in the feature Grade 3 Flyingbolt Novice Chase with Scarlet And Dove seeing off stablemate Sempo by seven lengths.

The decisive moment arrived after the second-last when Epson Du Houx stumbled and came down.

O'Brien's assistant Brendan Powell said: "It's a nice bit of black-type for her. She's a gorgeous mare; she looks like a gelding as she's nice and big." 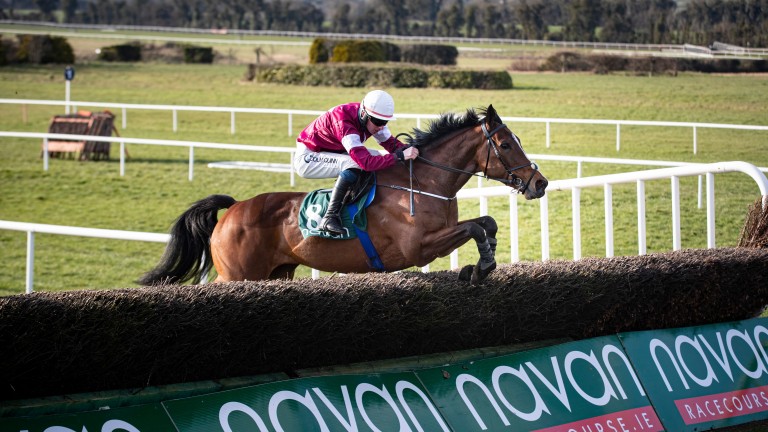 Super Saturday for Mullins and Byrne

It was a Saturday to savour for Emmet Mullins and owner Paul Byrne, who not only sent out The Shunter to win the Morebattle Hurdle at Kelso but also watched Noble Yeats win the 2m6f maiden hurdle by a wide margin.

The 4-11 favourite was much too good for main market rival Mr Josiey Wales, scoring by 12 lengths under Brian Hayes.

FIRST PUBLISHED 6:50PM, MAR 6 2021
We call him Kevin at home because nobody knew how to pronounce his name when I first started looking after him

Joseph O'Brien: the sheer scale and versatility of his operation is staggering 'It was an anxious wait' - State Of Rest survives inquiry drama to win Cox Plate Joseph O'Brien's flying start to jumps season continues with quality double 'The dream is to go back to Cheltenham in March with an each-way chance' Harrington, Mullins and O'Brien fire quality bullets at Amateur Riders Derby State Of Rest set for Cox Plate as Joseph O'Brien eyes another Australian prize