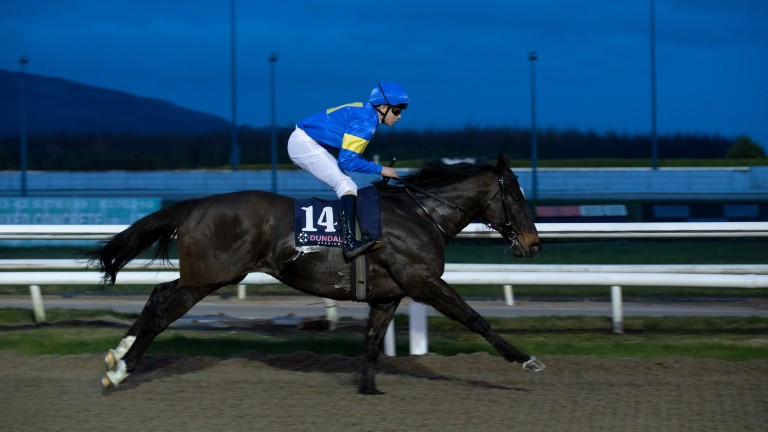 It was appropriate that the sun was setting as Andy Slattery's great stalwart Sharjah bounced out of the Dundalk stalls for the 100th and possibly final time on Wednesday afternoon. He was a 66-1 shot for the 2m Dundalk Stadium Handicap and not much was expected as he lolled around in mid-division for most of what looked set to be his retirement race under rider Amy Jo Hayes.

What happened next has prompted a possible rethink by Slattery. For a few strides over a furlong out Sharjah started to run on and looked as though he might just have a chance. It was not to be, but the soon-to-be 12-year-old showed the enthusiasm was still there if not the old ability as he finished a creditable fourth to Annecherie, beaten just a length and a half.

Before racing, Slattery was confident this would be Sharjah's final run but threw in a proviso, saying: "We meant to retire him a few times already and then he came out and nearly won, but the plan is to retire him."

After the race, Slattery was not so sure again, saying: "I'm wondering if we jumped the gun. He's run an absolute cracker. He probably will be retired as I have a girl in the north ready to take him and to do dressage, but we'll have to sleep on it and see how he is in the morning."

If this was his final run, Friday nights and indeed the odd Wednesday afternoon at Dundalk will not be the same without Sharjah, whose first of nine wins in his 100 starts at the track came in March 2013.