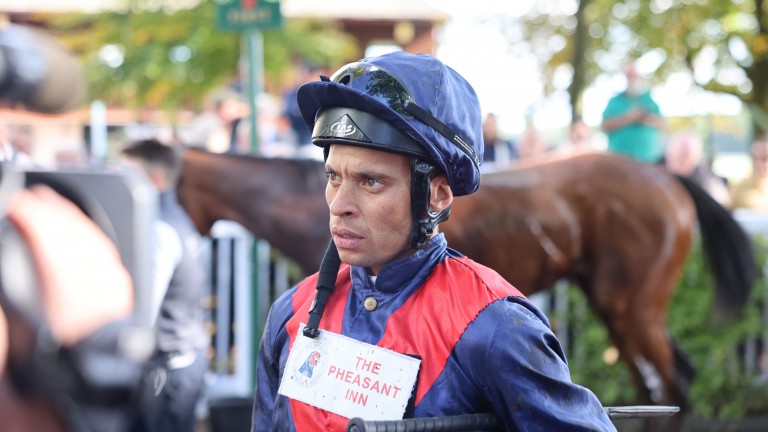 Sean Levey: back with two winners at Haydock on Friday
John Grossick (racingpost.com/photos)
1 of 1
By Jack Haynes UPDATED 6:25PM, SEP 23 2022

It only took two rides for Sean Levey to be back among the winners following a contentious eight days on the sidelines, and he urged authorities to revisit the procedures around saliva tests after a dramatic victory on Double Cherry in the 1m6f handicap.

Levey had been unable to ride since failing a saliva test at Sandown last Wednesday. A subsequent urine sample taken from the jockey the following day showed no signs of prohibited substances, allowing him to eventually return to the saddle at Haydock.

Levey was critical of the protocol and timeframe around undertaking a B sample test when speaking after the winner and believes the procedures need to be addressed.

Levey said: "We're randomly selected to do a saliva test and I did one on the day and it came back positive for amphetamines. As protocol suggests, I had to take a B sample but that had to be sent to the lab and I was told I wouldn't be getting the results for up to five working days, which I disagreed on.

"I asked if I could take a urine sample, which after a bit of persuasion I was allowed to do, and that came back negative after eight days. I'm over it now, I'm back and have just rode a winner and it's behind me, but at the same time I think it's definitely worth looking at – it could have been dealt with a lot better than it was. I'm sure they're going to meet up and find the right way of doing things going forward."

He added: "We flagged it up ages ago when it first came out but the powers that be were happy enough to carry on with them. I'm not the first one with a false positive – whoever it may be lost the same amount of days over Christmas. I'm surprised measures weren't taken back then and now it's happened a second time, I'm sure that it will.

"The measures are in place for our safety and I have nothing against the saliva test because it does exactly that. There is that small ten per cent chance you will get a false positive, but there needs to be measures in place to help overcome that situation in a way that doesn't result in a jockey getting that much time off. I have a good trainer and owners behind me and I'm just happy to be back riding." 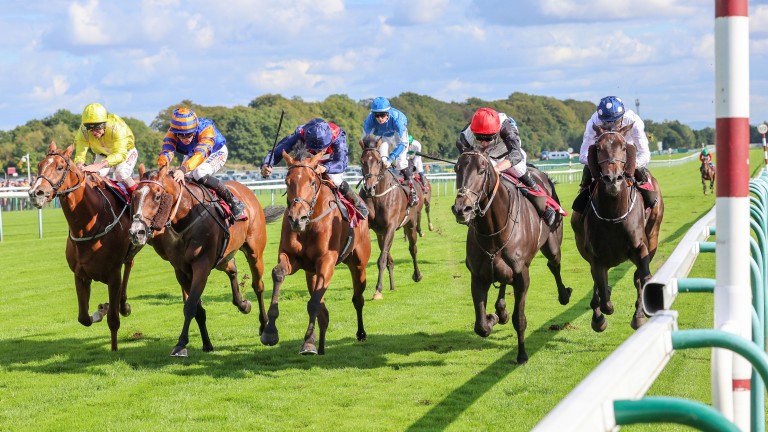 Levey's return success came on the plucky Tom Ward-trained gelding in a rough race that led to stewards calling an inquiry and a revised result, although not affecting the short-head winner.

Several of the runners edged towards the far rail at the two-furlong pole, including leader Sea King, Haarar and Nova Legend. The latter cannoned into Double Cherry, who in turn made contact with Baltic Bird. He became particularly unbalanced and stumbled, losing any chance of being competitive.

Somehow the significant knock did not deter Double Cherry, who rallied gamely inside the final furlong and finished with a flourish in the closing stages to narrowly deny Sea King. It was a determined effort from horse and rider, with the winner hitting an in-running high of 90 on the Betfair Exchange. 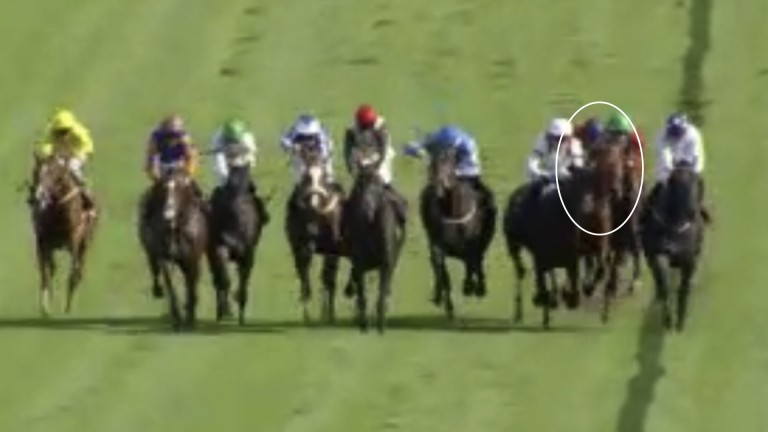 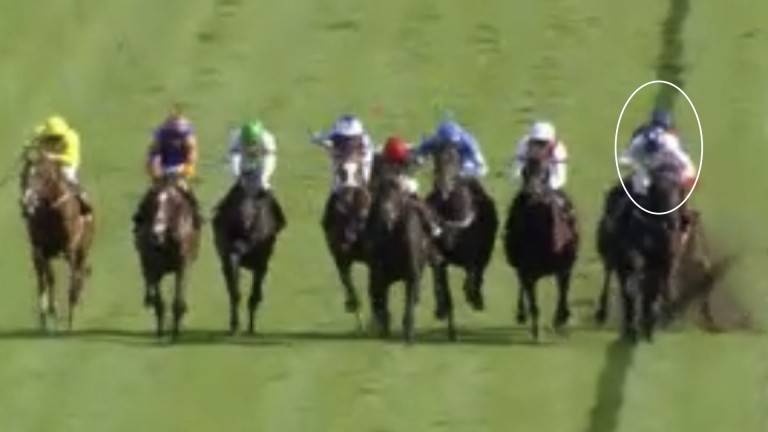 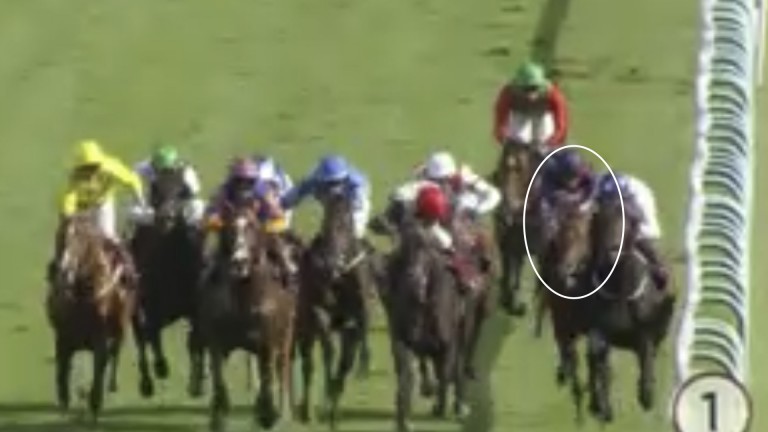 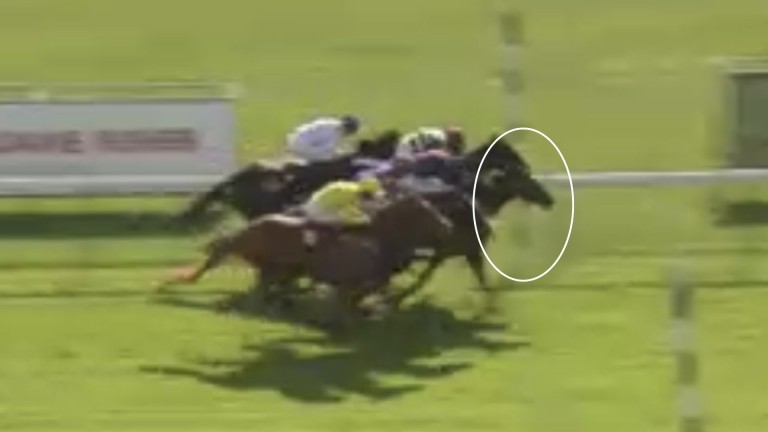 Levey said: "Initially it was a beautifully-run race then it got a bit tight when I made a challenge. I thought he would have won going away but he got into a bit of trouble and I got knocked over. He jack-knifed and I half lost my iron. He was tenacious, ran all the way to the line and got me out of trouble."

Sea King, who passed the post in second, was deemed to have initiated the interference and was demoted to fourth, with Zain Nights promoted to second and Post Impressionist to third.

Morris was suspended for four days – 9-12 October – for careless riding, with stewards deeming he made insufficient effort to prevent Sea King drifting left-handed towards the rail when insufficiently clear of Post Impressionist.

Speaking on the interference, Jason Weaver said on ITV: "There was a real concertina effect and Baltic Bird did well to find a leg and stay on all fours. It wasn't great viewing."

Levey completed a double with an expertly-timed ride on the Nicky Henderson-trained Pentland Hills in the 1m6f handicap.

The 2019 Triumph Hurdle and Aintree 4-Y-O Hurdle winner had not been in action since finishing ninth in the following year's Champion Hurdle and defied a 927-day layoff, travelling well into contention before heading Red Derek on the line for a short-head success.

Members can watch the replay of a controversial race here 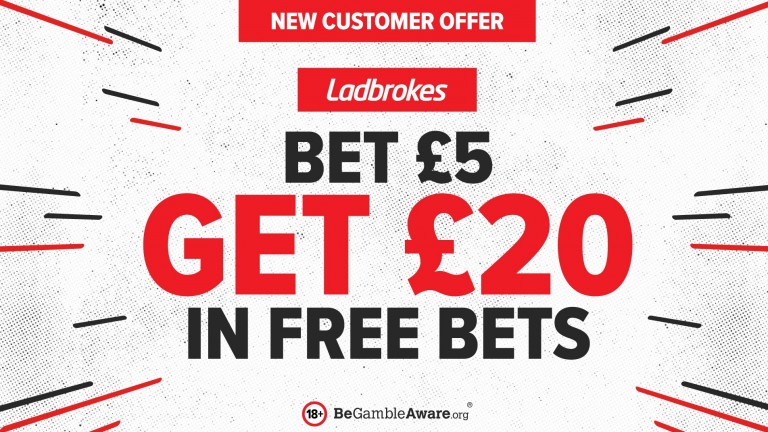 FIRST PUBLISHED 3:37PM, SEP 23 2022
I think it's definitely worth looking at – it could have been dealt with a lot better than it was