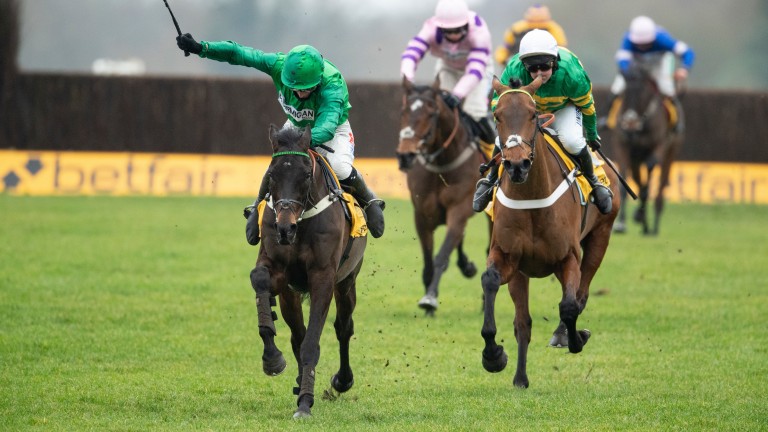 There is no point getting older if you do not get wiser. Time may show that Nicky Henderson, a 70-year-old for just over two months, may well have pulled off one of his wisest tricks yet in deciding to run leading WellChild Cheltenham Gold Cup hope Champ in a recognised Champion Chase trial.

Both the trainer and bookmakers were certainly impressed with the performance of last season's star staying novice, who on his belated seasonal reappearance ran a race full of promise to finish second behind top-class two-miler Sceau Royal in the Betfair Game Spirit Chase.

Having been available at 12-1 for the Gold Cup before the race, Champ became most generally a 6-1 shot, thrusting him to the top of the home team's pecking order and behind only dual victor Al Boum Photo in the ante-post market.

So pleasing was the runner-up's performance, it was the JP McManus-owned nine-year-old who stole the headlines, with even winning trainer Alan King observing: "He has run a remarkable race. Champ has got some gears this year."

So, too, has Sceau Royal, already twice a big-race winner over hurdles this term and now victorious in the Game Spirit just one afternoon after owners Simon Munir and Isaac Souede lost their stalwart performer L'Ami Serge at Ascot. For jockey Daryl Jacob that was a horrible day. This one was much better. For Henderson, it was very definitely a day when he will have returned home to Seven Barrows a satisfied man. 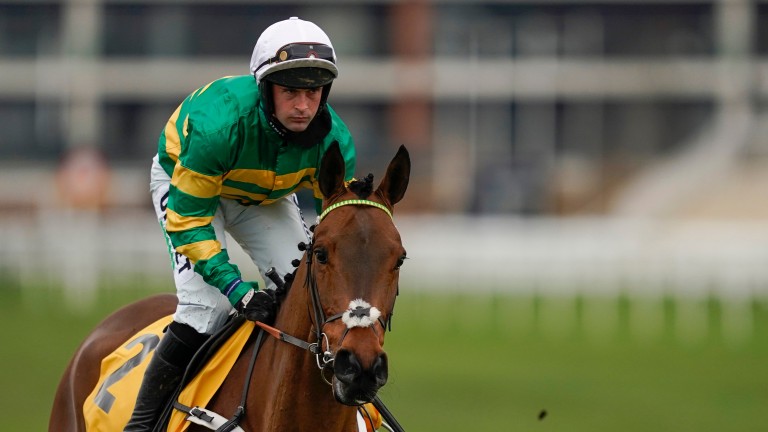 Champ looked quick, slick and smart. The horse named after 20-time champion jockey Sir Anthony McCoy seemed extremely happy in the hands of Nico de Boinville, jumping better than ever and making all the running until headed just before the final fence.

"That will have done him the world of good," said Henderson. "He hasn't had a hard race because he was on the bridle until nearly two out. He has enjoyed himself.

"I haven't tried to turn him into a two-miler but he's versatile, which all good horses have to be. He has proved he can do that over this trip, so it's obvious he has natural pace, but we also know he stays.

"The great thing was his jumping. It was quite deadly. Now he has to learn to drop back and go to sleep. I said to Nico to not ask him too many big questions, but Champ was asking to be asked questions. He wanted to go and do it."

That eagerness to jump no doubt, in part, stems from the education he has received from Henrietta Knight, to whose academy Champ returned for a refresher lesson on Thursday. Yet no matter how well he jumped, Sceau Royal – himself a faller at Kempton over Christmas – was always going to prove hard to beat in receipt of 3lb.

"Apart from the little blip at Kempton – which was so out of character – he has been a marvellous little horse," said King.

"A couple of years ago we used to hold him up until the last second, but when he won the Welsh Champion Hurdle and at Wincanton we weren't frightened to attack a bit earlier. It was the same today.

"I hope he does now go to Cheltenham, but he would only be there if it's good or good to soft. We'll enjoy today first."

King also expressed pleasure that Munir, Souede and Jacob had been handed a welcome tonic. For Henderson, L'Ami Serge's trainer, Saturday was also rotten. Sunday proved better and left him looking forward to the Gold Cup.

"We have two days short of a month, which sounds better than three weeks and five days," said Henderson

Quite a few punters will now believe their wallets could be made fuller by backing Champ for the Gold Cup.

Watch a replay of the Game Spirit Chase here

FIRST PUBLISHED 3:19PM, FEB 21 2021
I haven't tried to turn him into a two-miler but he's versatile, which all good horses have to be

Nicky Henderson: Buveur D'Air to miss Champion Hurdle for Aintree 'He'll take a lot of beating on nice ground' - who impressed our panel? 'I had a few quid on definitely - you couldn't not at 150-1' Umbrigado lands Greatwood in style to make late pitch for festival consideration Post-race 'verbal altercation' between warring jockeys caught on TV Another bitter blow for 'boy wonder' Brendan Powell but he's bounced back before