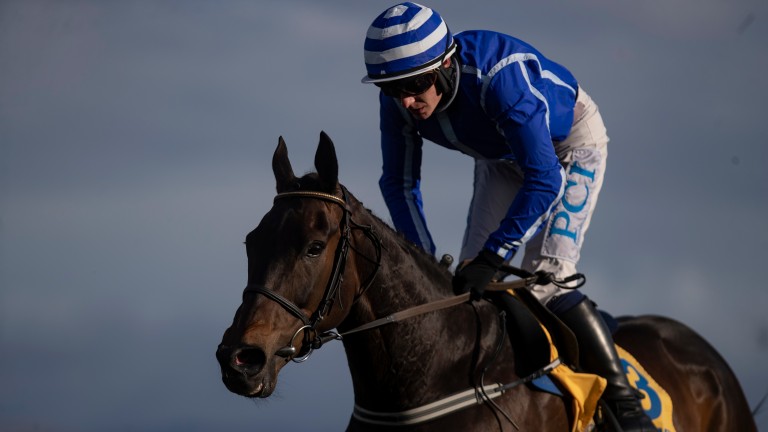 Energumene dominates at Punchestown
Patrick McCann
1 of 1
By Mark Boylan UPDATED 11:10AM, APR 30 2021

Anyone who thought Shishkin would seamlessly assume the senior two-mile chasing throne without much fuss next season will have been forced to seriously think again after the exceptional Energumene joined stablemate Chacun Pour Soi in producing an awesome Punchestown display over the minimum distance this week.

The four-runner Ryanair Novice Chase looked his to lose on all known form, but it was a joy to watch the Tony Bloom-owned seven-year-old show his wellbeing after missing a much-anticipated Arkle showdown with Shishkin due to a minor setback last month.

His jumping was not entirely foot-perfect, possibly due to some exuberance borne out of freshness, but it was exhilarating in the main and he finished 16 lengths clear of recent Grade 1-winning stablemate Janidil.

"That was class," said Paul Townend after recording a third top-level win of the week from his first six rides.

"Chacun was unbelievable here at the start of the festival and for a novice to put in a display like that is special as well."

He added: "We got in tight to the last two, but probably the worst thing I did was to have a look and see that I had it in the bag, then I took my foot off the accelerator a bit. From day one he's been electric over fences and he sorted himself out.

"It's hard to resist giving him a squeeze everywhere because it's just so much fun on his back. He does it at his ease." 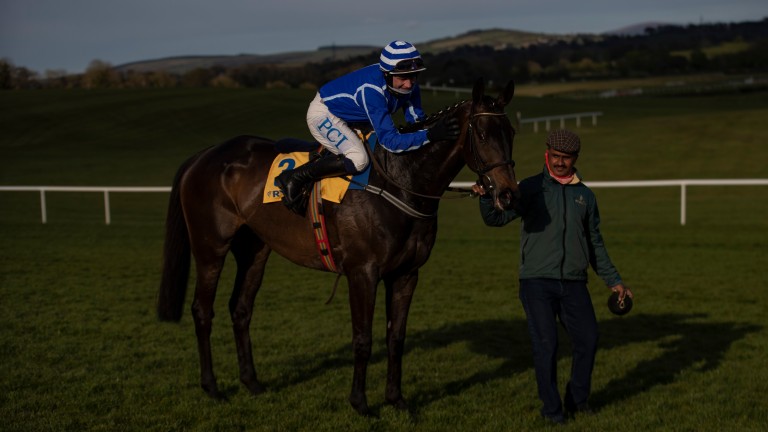 "It was a great performance to finish up the season," said Mullins, making it a record-extending eight wins in the race he's previously won with the likes of Un De Sceaux, Douvan, Footpad and Chacun Pour Soi.

"I thought when we had to scratch him from Cheltenham he'd miss Punchestown, but he made a very good, quick recovery. I was hoping to get him to Fairyhouse and that didn't work, but we took our time and it paid off."

He added: "He's going to go down the Champion Chase route now. We'll keep going that way until he tells us he needs an extra half-mile. If Chacun Pour Soi and himself, and obviously the Donnellys' Shishkin get there, it's going to be a hell of a race."

FIRST PUBLISHED 6:49PM, APR 29 2021
If Chacun Pour Soi and himself, and obviously the Donnellys' Shishkin get there, it's going to be a hell of a race

Dynamite night for McNamara as Jazzaway leads Mullins charge in feature How a ping-pong rout told me everything about the extraordinary Patrick Mullins Fan De Blues follows in some famous hoofprints to win Grade 3 novice chase 'She'll be a big player in the Cesarewitch' - five who caught the eye at Galway Racing greats gather together for charity bike ride in memory of Pat Smullen 'It's incredible to think I've won it twice' - can Patrick Mullins do it again?