Rollercoaster week continues for Jason Watson after another ban and winner 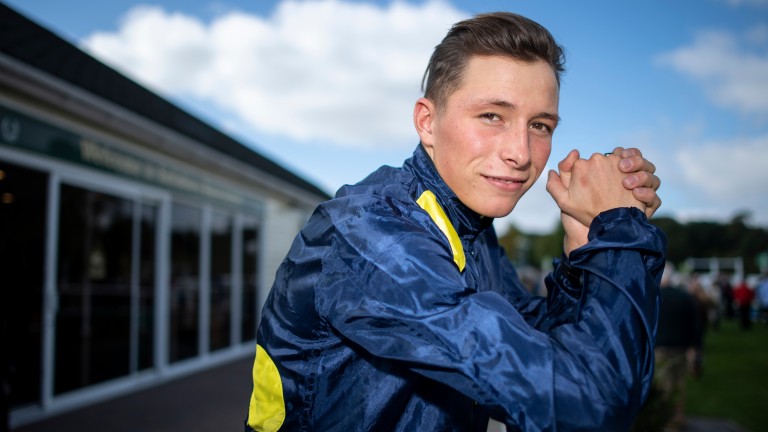 Jason Watson: champion apprentice in 2018 has had an eventful week
Edward Whitaker (racingpost.com/photos)
1 of 1
By James Burn UPDATED 6:14PM, JUL 22 2021

You cannot keep a good man down for long and Jason Watson proved that old adage in style when winning the 1m3½f handicap on Hooves Like Jagger.

Watson, who split with top trainer Roger Charlton on Wednesday and was also suspended for two days after weighing in light following a race at Lingfield, was banned for a further three days for careless riding in the 6f handicap on G'Daay, who was placed second behind Molly Shaw by stewards.

The 21-year-old crossed the line first on the Adaay gelding, but the pair had drifted to their left and – in the view of officials on duty – impeded the Chris Wall-trained Molly Shaw, who was awarded the race.

However, the Group 1-winning rider took little time to respond to that disappointment with a half-length victory on Hooves Like Jagger.

"I get good luck and bad luck all in one day," he told Sky Sports Racing.

Of being demoted on G'Daay, Watson, champion apprentice in 2018, added: "I'm not going to go against the stewards at all – I can see where they're coming from.

"If I've taken a horse more than the distance I've won across the track you have to say the other horse deserved it, but I still think my horse was the best in the race. We were unlucky in that way, but that's racing."

Watson will serve his three-day suspension between August 6 and 8.

FIRST PUBLISHED 6:05PM, JUL 22 2021
You have to say the other horse deserved it, but I still think my horse was the best in the race