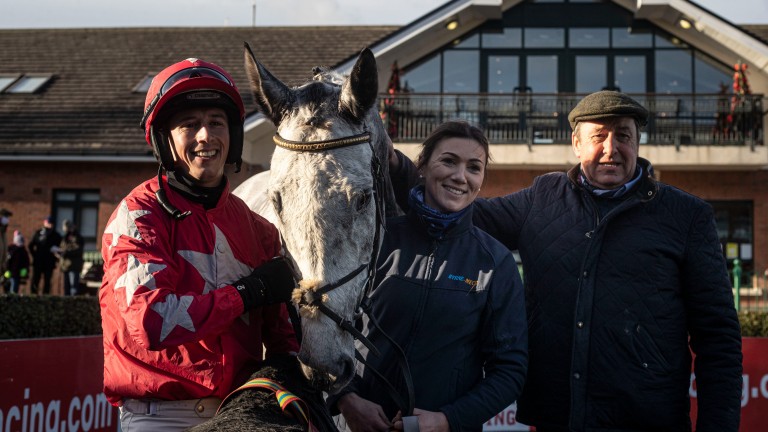 A 45-1 treble on day one of this festival provided the evidence that Gold Cup-winning rider Bryan Cooper is back to his confident best after a couple of trying years.

And his confident front-running ride on the Pat Fahy-trained Dunvegan in the feature Grade B handicap chase led to a change in fortunes for a talented but largely frustrating horse.

The son of Le Havre jumped superbly and Cooper was able to keep a bit up his sleeve on the run from the last to hold off the strong-finishing Grange Walk by a length.

"It was getting to a point that we were getting annoyed that we couldn't win over fences, but Bryan put that to bed there," said Fahy.

He added: "We have run him on quickish ground on the Flat and it would have no effect on him, and with the quick ground today we just decided we would have to chance him on it, and he loved it.

"He's such a big horse that you would be afraid of it, but he just does not like heavy ground. His jumping was brilliant.

"We have him in the Paddy Power at Christmas but I would rather run him over a short trip and see him go off like that. There's a race here in January and that's where we'll probably go."

Dunvegan was not the only big grey ridden to victory by Cooper. The opening beginners' chase went to the Noel Meade-trained, Gigginstown-owned Lieutenant Command, who put in a wonderful round of jumping from the front to beat better-fancied rival Max Flamingo by a length and three-quarters. 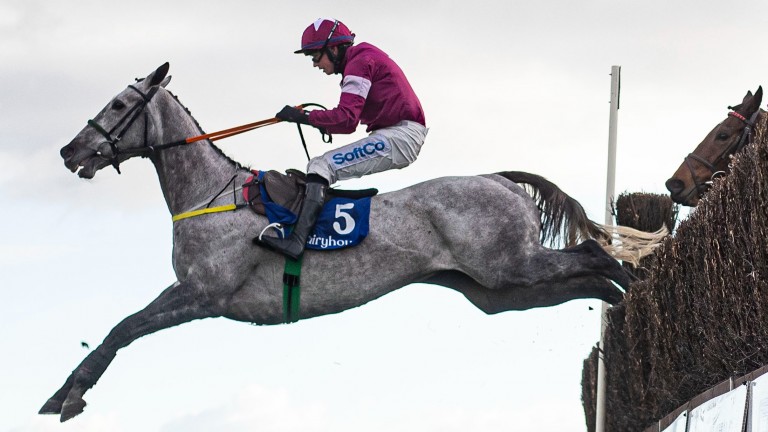 This was the definition of a race where jumping won it for a horse, and with the ability to jump that this son of Kendargent has, it can paper over some cracks when he steps up in grade.

Meade said: "He was a big, weak horse when we schooled him first, but he was brilliant from day one. We were really looking forward to him last season and he won his maiden hurdle, but he just got worse and worse after that and we couldn't figure out why. But his schooling has been brilliant.

"He's in the three-mile Grade 1 at Leopardstown at Christmas and the Grade 1 at Limerick, so we'll see. He handled the ground but I think he would like it a bit easier."

The third leg of the Cooper treble came in the second division of the two-mile maiden hurdle, and having won on two big chasing types, it was the turn of the diminutive Grangee as she made a winning debut over hurdles.

The Willie Mullins-trained mare was impressive, jumping her hurdles slickly and quickly. Five and a half lengths in the end separated her and the staying-on runner-up Roaring Potter. 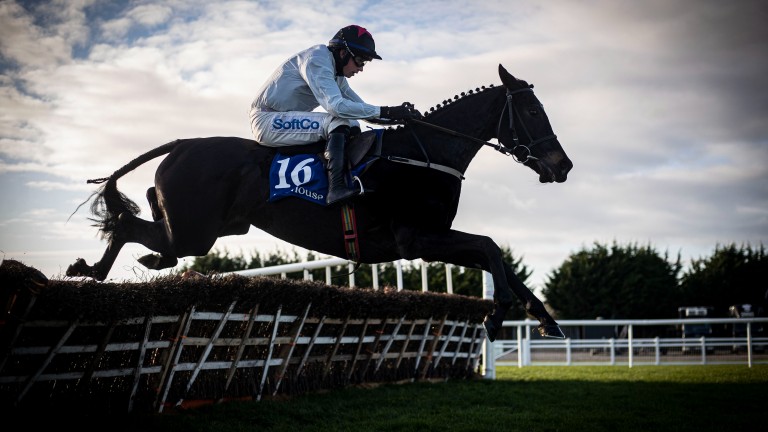 It was the mare's fourth win from six outings and it was the first time members of ownership group Syndicates.Racing had been present to see her run.

Patrick Mullins, representing his father, said: "She was very good. Bryan was very happy and said she was very straightforward. She's not the biggest, but she jumped fantastically well and has a very good technique. She loved the ground too.

"She has won on soft and seems quite versatile in terms of ground. I don't know where she goes next, but I suppose we will be working back from the Mares' Novices' Hurdle at Cheltenham."

Mullins went from civvies to silks for the concluding bumper and made it pay when partnering the Malcolm Denmark-owned newcomer The Nice Guy to victory.

It was an astute piece of race-riding from Mullins, who got first run on the Jamie Codd-ridden favourite Santonito to win by two-and-a-half lengths.

FIRST PUBLISHED 6:00PM, NOV 27 2021
It was getting to a point that we were getting annoyed that we couldn't win over fences, but Bryan put that to bed there

'Very exciting' Dysart Dynamo cut for Cheltenham novices after demolition job 'His work was very, very good' - Shishkin set for Energumene clash at Ascot 'He's a strong stayer so the hill at Cheltenham will definitely suit him' Promising Angel Girl can help continue Murtagh's fine start to the year 'You could close your eyes on him' - Cooper elated as Dunvegan delivers again Read what Henry de Bromhead has to say as the brilliant Bob Olinger returns