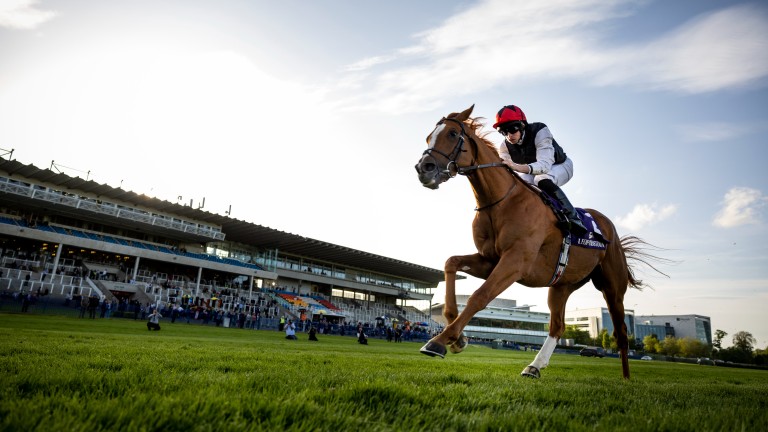 On the day the king of the stayers proved that he is not willing to surrender his crown just yet by winning another Yorkshire Cup, a potential successor to the throne won the Saval Beg Levmoss Stakes by a staggering 14 lengths at Leopardstown.

A few hours after Stradivarius won his 20th race, Kyprios was made 7-2 joint-second favourite for the Ascot Gold Cup alongside the three-time winner of the race by Paddy Power after galloping his rivals into submission in a Group 3 that has been won by Vinnie Roe, Media Puzzle, Yeats, Fame and Glory and Order Of St George since the turn of the century.

We expected nothing less than a comfortable victory for Kyprios, especially given he was sent off the 1-10 favourite against just three rivals, but the way in which he powered away from the 101-rated Sunchart was very easy on the eye and all roads now lead to the Gold Cup in what is shaping up to be one of the races of the season.

Chris Armstrong, representing Aidan O'Brien, said: "Aidan is very happy with him. He’s progressing nicely this year and has stepped up again from his last run in Navan.

"It was always the plan to go Navan, then here for the Saval Beg and head on to the Gold Cup at Ascot. It’s a tried and tested route so hopefully he follows in the footsteps and fingers crossed the next stop will be Ascot.

Armstrong added: "It’s a lovely winner to have here for Eva Maria and all the team at Moyglare. Hopefully he’s a promising stayer going forward. His last furlong was probably his best. He was out in front and probably a bit idle but he really stretched in the last furlong."

Trueshan, who last year claimed the scalp of Stradivarius in the Prix du Cadran and again in the Long Distance Cup at Ascot on Champions Day, is Paddy Power's 3-1 favourite for the Gold Cup, with Kyprios cut to 7-2 (from 9-2) alongside John and Thady Gosden's evergreen stayer. Princess Zoe is 10-1 with Scope and Mojo Star next best at 12-1.

FIRST PUBLISHED 9:08PM, MAY 13 2022
It’s a tried and tested route so hopefully he follows in the footsteps and fingers crossed the next stop will be Ascot