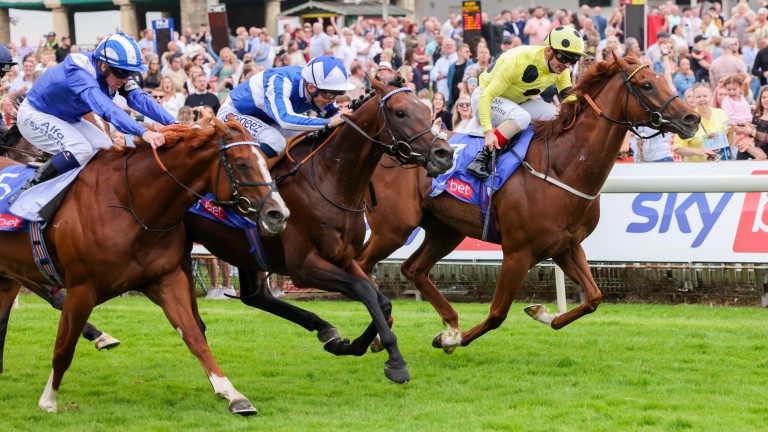 The largest crowd on a British racecourse since March 2020 was treated to a pulsating three-way finish as Bangkok caused a 14-1 upset under David Probert to break the hearts of Royal Ascot winners Juan Elcano and Mohaafeth.

Probert's best season reached new heights here as he galvanised Bangkok from an unpromising position for a Group 2 success in front of 30,000 spectators.

Having dropped back to third within the final furlong, the Andrew Balding-trained five-year-old appeared to have given way to his better-fancied rivals but his jockey had other ideas.

Riding with supreme confidence after a glut of big wins this year, Probert never gave up and Bangkok responded to collar Juan Elcano by a head, with a further neck back to 4-5 favourite Mohaafeth.

"About a furlong down, he dropped back to third, but he responded very well for pressure and got back up on the line," said the winning rider. 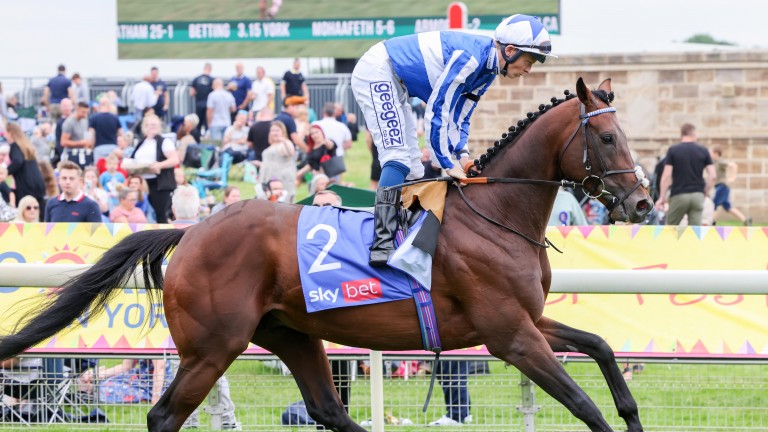 "I'm delighted with him as it shows he has the ability. He's probably been the forgotten horse as he's shown his true form on the all-weather. He needed his best to win and hopefully he'll take a big step forward."

With this his 89th winner this year – followed shortly after by his 90th on Chalk Stream in the 1m4f handicap – Probert is well on course to surpass the 112 he recorded in 2019. He has not been short on quality either, striking up a fearsome partnership with Bangkok's stablemate Sandrine, next year's 1,000 Guineas second favourite following wins in the Duchess of Cambridge and Albany.

"I'm very lucky to ride for several nice owners and great trainers and I've had massive help from my agent Neil Allan," the jockey added. "It's looking like it'll be my best year and I've been lucky enough to get on some very nice horses, which makes a nice change. I'm delighted with the way things have gone so far."

Like Probert, Balding can do no wrong this year and he made a successful return to York a fortnight on from scooping the John Smith's Cup with fellow King Power Racing-owned Johnny Drama.

Bangkok was the only one of the field without an entry for the track's Ebor meeting next month and Balding is unsure whether to supplement him for the Juddmonte International. 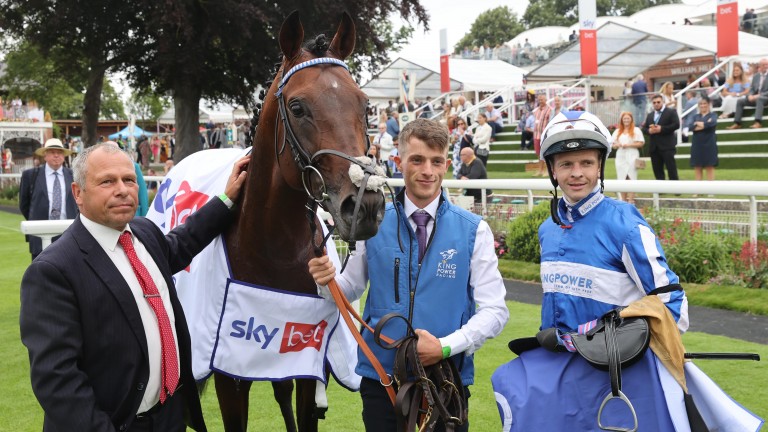 Speaking away from the track, the trainer said: "David gave him a lovely ride and the horse deserved that. He's so tough and consistent, and talented at the same time, so it's lovely to win a nice race with him.

“Unfortunately, he's not in the Juddmonte International so we would have to supplement him, but we've got some overseas targets in the autumn anyway to take on board. We'll put everything into the mix and come up with a plan."

Mohaafeth loomed up menacingly but his run flattened out close home and he relinquished his unbeaten record this year.

Trainer William Haggas said: "It was a disappointing result but he ran a good race. I learned a bit today, I thought it was as far as he wants to go.

"Absolutely not a criticism but the rail was put out 43 yards and if it hadn't been, he'd have lasted. I don't want to bring that into it at all – the winner won fairly. I've no idea where we go next, I'll talk to the owner."

Expert jury: who is better – Hurricane Lane or Adayar? Our experts have their say

FIRST PUBLISHED 3:32PM, JUL 24 2021
Unfortunately, he's not in the Juddmonte International so we would have to supplement him, but we've got some overseas targets in the autumn anyway