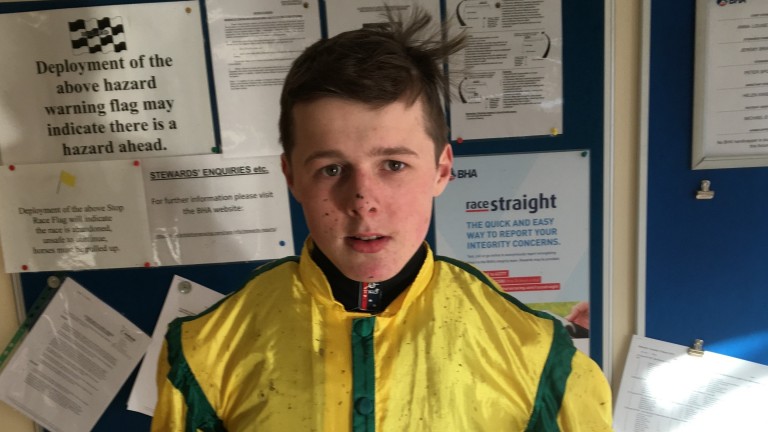 The Wrekin defied a double penalty and a delay of almost an hour to the 2m novice hurdle to record a quickfire hat-trick to the delight of trainer Henry Daly.

Brown had made his way to the start aboard outsider Get The Facts, but upon reaching the start the seven-year-old reared backwards and unseated Brown before landing and flattening the jockey.

The 19-year-old, who relocated back to England during the pandemic after a spell at Joseph O’Brien’s yard, was conscious and speaking to his fellow jockeys before being taken to hospital 45 minutes later.

Despite the delay, the Daly-trained The Wrekin stuck to the job in hand to edge out the Denise Foster-trained Irish raider Homme D’Un Soir by half a length.

Daly said: "If they all won three on the bounce you’d start thinking it was easy!

"Delays are an awful thing for any horse to deal with but what happened with Oakley Brown and making sure he's okay is more important than any horse race."

Kapsize continued the strong early form of the father-son combination of Peter and Sean Bowen as he gained his first win in Britain at the 17th attempt in the 1m7½f handicap chase.

Only Nicky Henderson and Fergal O’Brien have saddled more winners so far this season than Peter Bowen's tally of 13, while it was a 14th success of the campaign already for son Sean.

FIRST PUBLISHED 6:00PM, JUN 12 2021
What happened with Oakley Brown and making sure he's okay is more important than any horse race