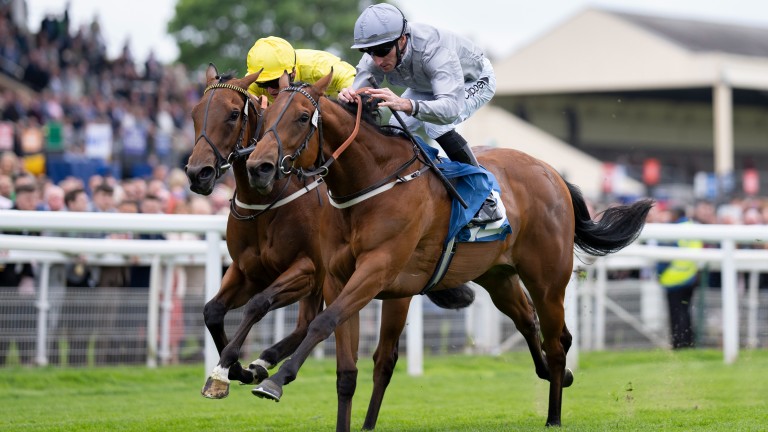 Pillow Talk (near): could line up in the Queen Mary Stakes at Royal Ascot
Edward Whitaker (racingpost.com/photos)
1 of 1
By Matt Rennie and David Carr UPDATED 7:33PM, MAY 13 2022

Juggling Group race options for talented horses is the definition of a nice problem to have so no wonder Karl Burke was smiling after the Knights Solicitors Marygate Stakes.

Pillow Talk and Yahsat pulled nearly three lengths clear of the rest to give him a one-two in an established trial for the Queen Mary Stakes – in which Dramatised is already a leading contender.

That Newmarket winner carries the colours of Steve Parkin, as does Pillow Talk who got the better of her Saeed Bin Mohammed Al Qassimi-owned stablemate here without upsetting her trainer's idea of the pecking order among his classy team of two-year-old fillies.

"I suppose Pillow Talk should be aiming for the Queen Mary but we have another filly for the owner who's probably ahead of her," Burke said. "At the moment you'd put Dramatised ahead of these on home work. She goes straight to the Queen Mary.

"You could step Yahsat up to six furlongs if you wanted to but she's got a lot of speed as well and she has a different owner so she'd probably take her chance in the Queen Mary.

"They're nice problems to have and we've still got some nice two-year-olds at home to run. There's a lot to look forward to." 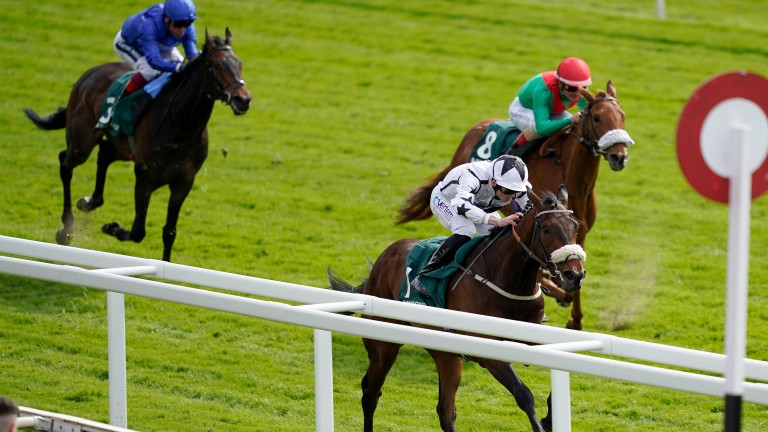 Burke made it four winners at the Dante meeting when victorious in the 5f handicap with Korker as well as in the 1m4f handicap with Al Qareem, who now has a date at Royal Ascot.

"It was a great ride from Clifford [Lee, jockey] and he landed him there perfectly," he said. "All being well he'll go to Royal Ascot for the King George V Stakes."

Kevin Ryan's decision to tackle Listed company rather than a maiden race with Fonteyn was handsomely rewarded after she got her head in front with a brave success in the Oaks Farm Stables Fillies' Stakes.

The daughter of Farhh hit the frame in her first three starts, including when a narrow runner-up at Newmarket last month, but she was on the right side of a photo finish this time when denying favourite Grande Dame by a head under Andrea Atzeni.

"She did everything right at Newmarket and they [first and second] pulled well clear," Ryan said. "There was no point going for a maiden and myself and Sheikh Mohammed Obaid [Al Maktoum, owner] were in full agreement to go for a Listed race. 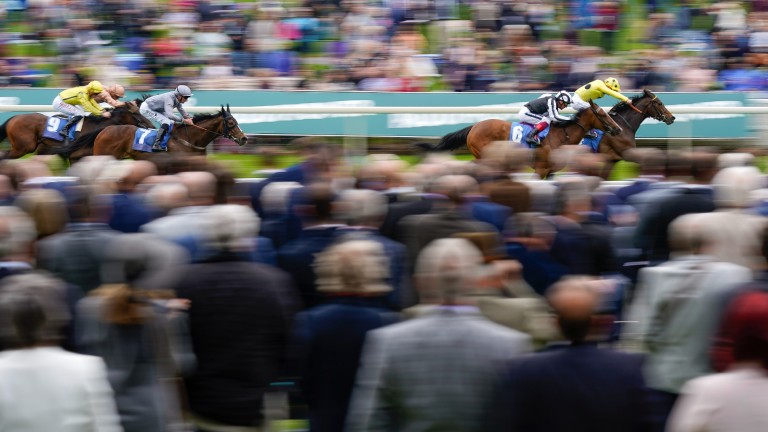 "She showed a brilliant attitude and we think an awful lot of her."

Ryan admitted no plans are set for the rest of the season, but a step up in class and a bid to strike at Group level looks all but certain.

"This was our first main target and now we've got that out the way we can plan the rest of her campaign," the trainer added.

"She's still learning and has plenty of time as the year goes on. She has no choice but to step up in class now."

There was a sting in the tail for Atzeni, who picked up a two-day ban for his winning ride.

Bollin Joan kept the family trait alive and landed a 12th success of her career after she bravely battled back to score in the 1m2½f handicap.

The seven-year-old is related to trainer Tim Easterby's St Leger and Lonsdale Cup hero Bollin Eric, as well as being bred by the family's Habton Farms operation, and defied her disappointing performance at Hamilton last Sunday to win by a head.

"She's a wonderful filly. She ran a little bit free on Sunday and wants to come late, she was doing nowt in front," Easterby said. "She's related to Bollin Eric and we bought the mare, Bollin Greta, a while ago. She's worth hanging on to." 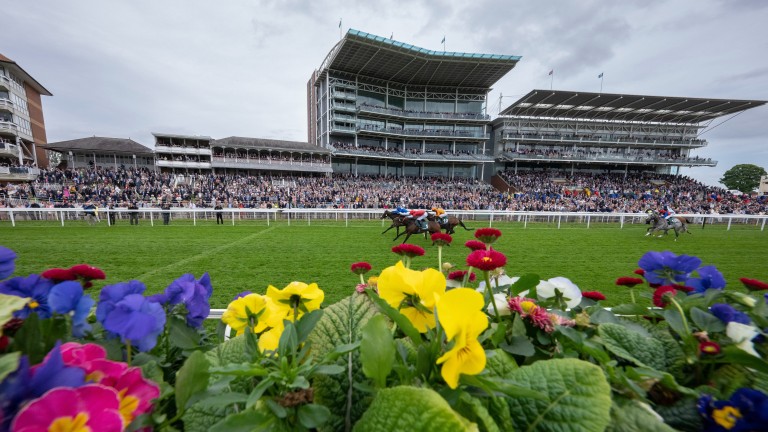 FIRST PUBLISHED 6:00PM, MAY 13 2022
She's still learning and has plenty of time as the year goes on. She has no choice but to step up in Class now

'What a horse!' - Quickthorn toughs it out for Henry II Stakes success 'More to come' from Eilean Dubh after second Sunday Series win 'Two-year-olds don't do that' - impressive debutant Bradsell 8-1 for Coventry 'He's a super horse' - Ascot-bound El Caballo extends winning streak to six Is Appleby fending off the red-hot Haggas? How the trainers' title race stands 'I can't wait to run him' - trainers on their top Sandy Lane contenders