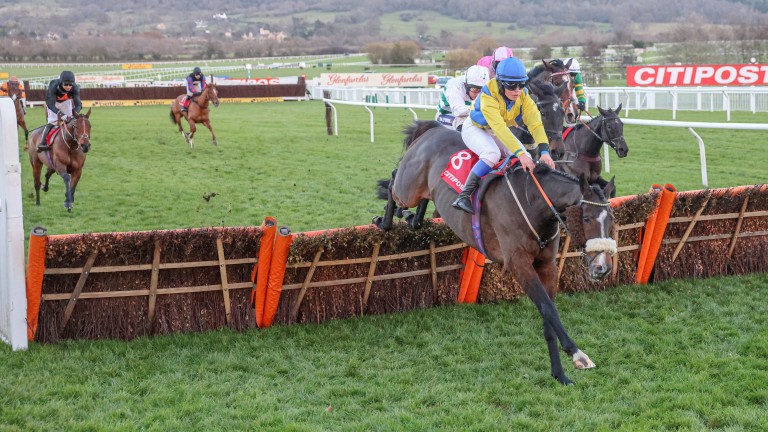 Kansas City Chief: could make a return to Cheltenham for the Pertemps Final on Thursday
John Grossick (racingpost.com/photos)
1 of 1
By Catherine Macrae UPDATED 6:32PM, MAR 14 2022

Kansas City Chief could put the cherry on top of a dream season for Victoria Malzard this week after the veteran swept to victory at Plumpton.

The outcome of the feature 3m1f handicap hurdle was never in question for the popular stayer, who made all and produced an exuberant jumping performance under Malzard to land his third success this season.

The previous two came at Cheltenham and a return could be on the cards for the stalwart 13-year-old, with Thursday's Pertemps Final a tantalising prospect after Monday's emphatic win.

"It's just so exciting," Victoria's mother Alyson said, who accepted the trophy on behalf of the Jersey Racing Friends. "We got him for Victoria to have fun on and have a few nice races and he's just given us such a dream.

"We're hoping to go for the Pertemps. He's 13, so if he's not right he won't go but if he has a little twinkle in his eye on Thursday morning then why not? Even if he doesn't run, he's won this week, so we're already happy.

"After that he'll probably come and have a summer holiday in Jersey, go splashing in the waves, and come back in the autumn." 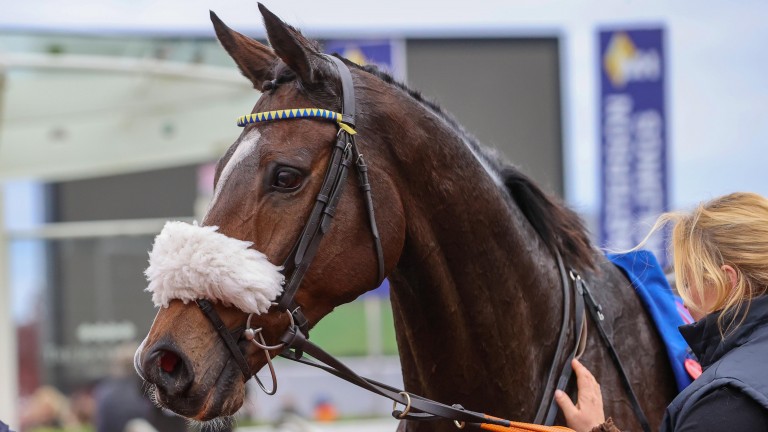 Kansas City Chief: could be one of the oldest runners at this year's festival
John Grossick (racingpost.com/photos)

Success at Cheltenham's Showcase meeting in October was the first British win for Malzard, who rides the veteran every day and could enjoy a first festival ride should Kansas City Chief get in under a 5lb penalty.

"He was really enjoying it, he jumps for fun out there and is just a great spin," Malzard said. "He's a little bit of a showman, putting in some massive leaps, but he is just awesome.

"He doesn't act his age and definitely hasn't matured, he's still acting like a little four-year-old. He's got a kind heart and just loves what he does."

After Freddie Gordon enjoyed a perfect start to racing under rules with two winners last week it was the turn of father Chris to bring home his own double on Monday.

Blade Runner struck in his first start over fences under Tom Cannon, who also won on Unanswered Prayers in a duel to the line with the Gary Moore-trained Hecouldbetheone in the novice hurdle.

"It's really good to get a double and things seem to be going really well for us, which is the main thing," Gordon said. "It was a really game performance from Unanswered Prayers and he's a gorgeous horse.

"I thought we were going to do it quite well from the second last but the other horse came back to him and it was a real scrap. I think those are two tough novices."

On My Command got back to winning ways under Sean Bowen to the delight of owner John Neocleous, who travelled to Britain especially to see his six-year-old mare land her third win this season.

The Harry Fry-trained runner finished 11th in the Lanzarote Hurdle in her latest start in January but found Plumpton's contest to be a much easier affair, winning by three and a half lengths despite conceding at least 13 pounds to the rest of the field. 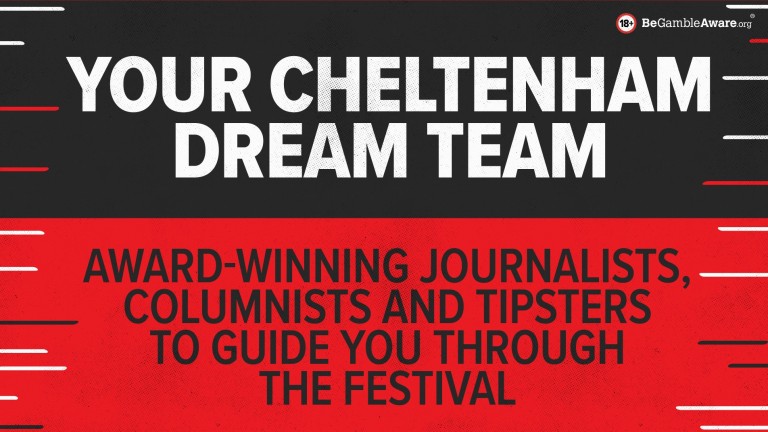 Join Members' Club Ultimate this Cheltenham and read exclusive tips from the likes of Pricewise and Paul Kealy and unmissable news and insight from our renowned reporters – plus contributions from our special guest writers including Paul Hayward, Patrick Mullins, Gavin Lynch and Katie Walsh. Head to our subscription page here, select 'Get Ultimate Monthly' and enter code CHELT22!