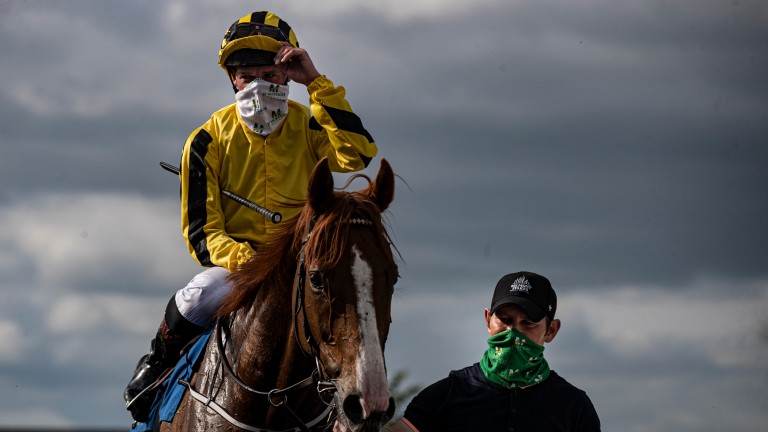 Shane Kelly and Donagh O’Connor passed a major milestone in their respective careers in the saddle on Monday with the apprentices riding out their claims at Dundalk.

Kelly partnered a double for his boss Johnny Murtagh for whom he recorded a career highlight last month when riding Sonnyboyliston to victory in the Martin Moloney Stakes at Limerick.

The 29-year-old got rid of his claim when driving Puerto De Vega to victory in the 7f handicap before doubling up aboard Safecracker in the 1m2½f maiden.

Kelly said: “It’s great to ride out my claim and it’s extra special to do it for Johnny. His horses are going great.”

When asked if he ever felt he would ride out his claim, Kelly said: “There have been times when I thought I'd never ride another winner, let alone ride out my claim. It’s a big thing to do. Nobody can take it off me.

“I appreciate things a lot better these days. I'm grateful to be back and to be riding for Johnny. Things are going well and I'm happy.”

Safecracker was just as important for Murtagh as he was Kelly as the horse became the trainer’s first winner for Godolphin, just 24 hours after the Curragh-based operator secured a breakthrough success for Coolmore when Ever A Dream won at Fairyhouse.

The overriding emotion for O’Connor was relief as the 23-year-old rode out his claim aboard the John McConnell-trained Zahee.

O’Connor said: “I’m relieved more so than anything else because I had ridden a couple of seconds lately and it’s great to finally get the job done.”

FIRST PUBLISHED 6:51PM, JUL 12 2021
When something is taken away from you and you get it back, you appreciate it a lot more