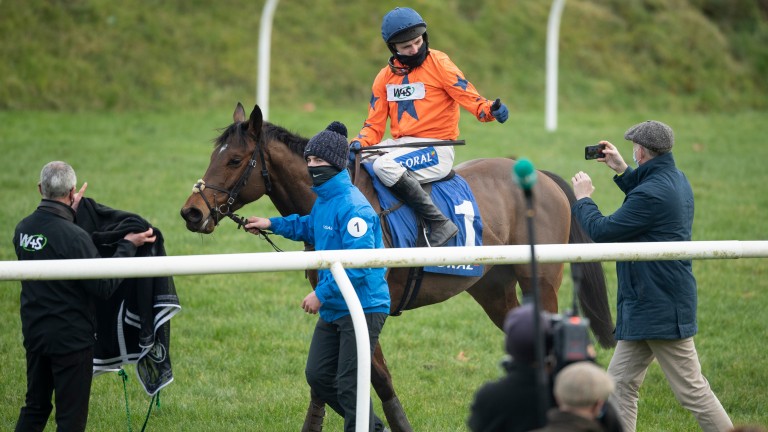 The postponement of the Coral Welsh Grand National fixture might not have been ideal for all but it worked out perfectly for David Pipe, whose Adagio struck in the Finale Juvenile Hurdle – a race he would not have run in had it been staged on its original date two weeks ago.

Heavy rain meant the meeting was rearranged and led to an entry for Adagio, a German-bred gelding who runs in the orange silks of important Pipe patron Bryan Drew, who owns him with friends including Caroline Tisdall, another staunch supporter of the yard.

A Flat winner in France, he won at Warwick in November before finishing second at Cheltenham a week later and was back in the winner's enclosure there last month.

"Brilliant!" Pipe exclaimed. "We didn't geld him right away and he's just improved and improved. He was quirky when he first arrived but has always shown he's got an engine."

Sent off a 5-2 chance, Adagio motored home from Nassalam, who was the well-fancied even-money favourite.

Pipe was winning the Finale for the first time, although the family name already appears on its roll of honour courtesy of father Martin, who landed it on four occasions before handing over the licence at Pond House to his son.

"Nassalam could have bolted up, but I thought he was a short price for what he'd beaten and he had to go and do it today," added the trainer, capturing his first top-level contest in Britain since Moon Racer landed the Champion Bumper in 2015. 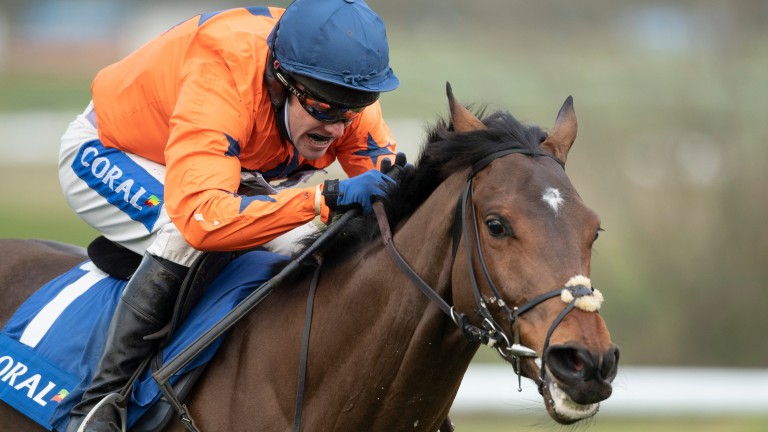 "He's run a very good race, but we had rock-solid form, although we weren't going to run initially because the ground was going to be heavy.

"It's only soft now, which he handled, so it's great."

"We have to look at the Triumph after that, don't we?" Pipe said.

"There's quite a big group of owners involved along with Bryan and Caroline and it's lovely to win a Grade 1 for them."

That was also the view of rider Tom Scudamore, who said: "He's a horse I've always liked and I like him a bit more now!"

10,418-1! Paul Nicholls juggernaut rolls on as he lands super seven-timer