Game on! Freakish Energumene is electric again to set up super Shishkin clash 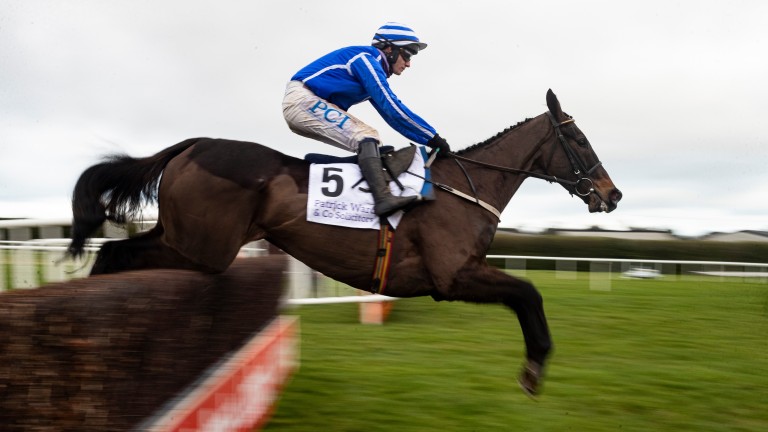 His names derives from from the French word for 'weirdo' and boy is he strangely talented.

Energumene continued his march towards next month's Sporting Life Arkle showdown with Shishkin in the most impressive fashion possible at Leopardstown, producing a devastating performance to land the Patrick Ward & Company Solicitors Irish Arkle Novice Chase.

The Tony Bloom-owned seven-year-old extended his perfect chasing record to three wins with a ten-length triumph as the 5-6 favourite, posting an impressive time that matched him closely with stablemate Chacun Pour Soi's effort 35 minutes earlier.

The victory continued the phenomenal start to the meeting for Paul Townend and Willie Mullins, who plundered the opening three Grade 1s on the card.

Energumene was always to the fore and jumped boldly in the main, if a little to his right at one point, with some of his main rivals, Felix Desjy and Darver Star, failing to go through the race with a great deal of zest.

Captain Guinness crashed out at the second-last when trying to put it up to the strong-travelling winner, leaving Unexcepted, another Mullins-trained challenger in position to trouble Energumene. 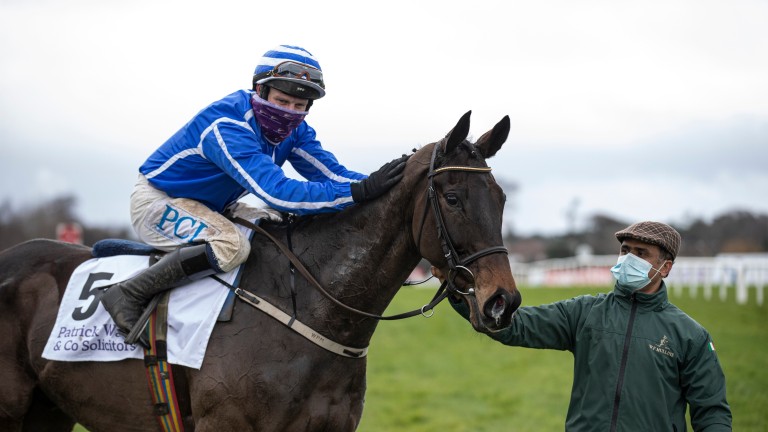 However, Unexcepted failed to pick up once turning in and Energumene continued to shovel on the coal, having the race in his pocket before the last.

In truth, the writing looked to be on the wall for his rivals after he flew through the air like a seasoned pro at the third last.

"It's fantasy racing!" said a delighted Mullins reacting to his dream start to the meeting.

Now 9-4 (from 5-1) with Paddy Power for the premier two-mile novice prize on day one of the Cheltenham Festival, Saturday's scintillating display from Energumene saw Mullins saddle the first three home, with Franco De Port and Blackbow not disgraced in behind the winner.

That further backed up comments the champion trainer made earlier in the week where he suggested his current crop of novice chasers may be the best he's had across all distances in his career.

Mullins added: "It was a good, even gallop in front and the time tells you what a good performance that was. I was hoping this year that with the way he jumped and galloped he'd be a two-miler, but that type of performance is something you're delighted to get and would never expect. He's every inch a chaser to look at, if you were going to draw a picture of a chaser, he's the one you'd draw."

The emphatic success sets up a thrilling clash with Shishkin on day one of the festival and Mullins has great admiration for the Nicky Henderson-trained star.

"I'd rather it was without Shishkin but it does look like it'll be a race to look forward to from both sides," said Mullins.

"Shishkin is a hell of a horse and it's great we've one from each side of the Irish Sea going there, we're looking forward to it."

Impressive Statement strikes again for second stakes win in six days 'He came alive when he went to the front' - Easy Game stars for Willie Mullins Racing must stop trying to be something it's not - team events just don't work Track and trip ideal for Easy Game with stablemate Franco posing biggest threat Aidan O'Brien: 'Kyprios is a good-moving horse, so hopefully it's not too soft' 'We may have the edge over Frankie' - Willie Mullins seeks Barney Curley Cup win