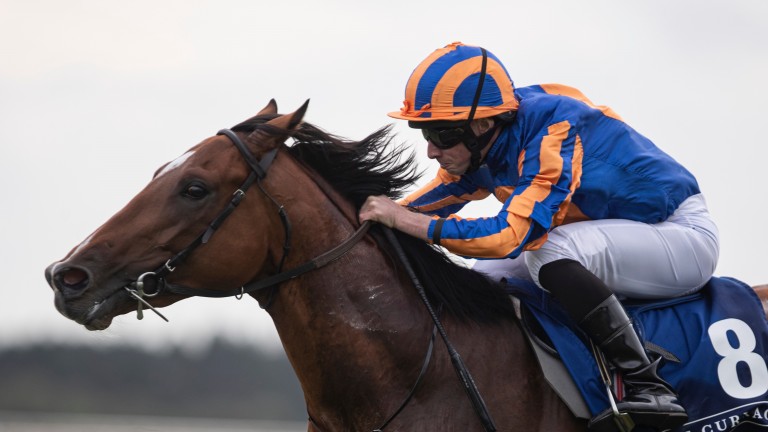 With a Group 1 prize up for grabs and a guaranteed stayer in Derby winner Serpentine in the line-up, the dawdle often seen in the Juddmonte Grand Prix de Paris was replaced with a truly run race and a definitive answer as to who was the best.

That horse was Mogul and, while a return here for the Arc was not ruled out by Aidan O'Brien, the master trainer's appetite for talking of the many alternative options available was enough to pour cold water on initial offerings of 20-1 from Coral and 12-1 with Paddy Power.

"He's been showing so much speed I thought we might be going the wrong way and maybe we should be going back to a mile and a quarter," said O'Brien, having watched the race on television at the Curragh. "I said to Pierre-Charles [Boudot]: 'Ride him for speed, take your time on him and drop him on the line.' He's obviously a fast horse and he's able to quicken.

"Mogul is in the Arc, but there's Australia and there's the Champion Stakes, so he doesn’t have to go. We were thinking of going back to a mile and a quarter. He could go to America, he could go to Hong Kong, so there's a lot of options for him. He's in the Caulfield Cup and the Cox Plate."

Mogul was a third straight winner of the Grand Prix for O'Brien, with full-brother Japan having won this race in its usual July slot last year before finishing fourth to Waldgeist on very different ground in the Arc.

Boudot was suitably impressed with the way Mogul quickened up, putting two and a half lengths between himself and the battle for second between German Derby winner In Swoop and Gold Trip. 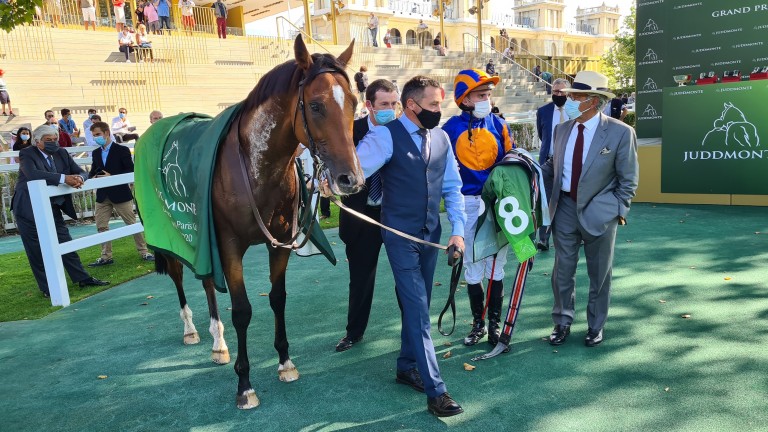 Boudot said: "Aidan gave me a lot of confidence before the race. He told me to take my time with him as he can pull himself up a bit when he hits the front, thinking that the job is done.

"You have to be patient with him and the leader took us along at a good rate. My horse progressed up the rail very easily and was still on the bridle turning in, so I was very confident at that point.

"Being drawn ten wasn't ideal and my main rivals were mostly drawn quite low but, given that we went a decent pace, that made sure the gaps appeared when I needed them. A well-run race definitely helped me."

Serpentine did not attempt to repeat the freewheeling Derby heroics, taking a lead from stablemate Nobel Prize before staying on to be fourth.

O'Brien said: "Serpentine could go back to the Arc. He had a long break and was just starting back. I was very happy with how happy Christophe [Soumillon] was."

English King broke well but gradually drifted back through the field and, although not getting the clearest of runs in the straight, never looked like picking up the leaders under Frankie Dettori.

Owner Bjorn Nielsen, who braved the quarantine to be at Longchamp, said: "We thought we had him as well as he was before Lingfield and that he would run a really big race today. He didn't perform and that was disappointing."

FIRST PUBLISHED 3:04PM, SEP 13 2020
He could go to America, he could go to Hong Kong, so there’s a lot of options for him. He’s in the Caulfield Cup and the Cox Plate

Who do our experts fancy for next season's 2,000 and 1,000 Guineas? Jim Bolger times it right to land Group 1 with Derby contender Mac Swiney 'I'm happy with that': Gordon Elliott unperturbed by Tiger Roll defeat 'She’s going to be a title contender' – Tom Marquand joins our expert panel Addeybb goes one better than last year for joyous Haggas and triumphant Marquand 'A magnificent performance' - The Revenant upsets Palace Pier to take QEII