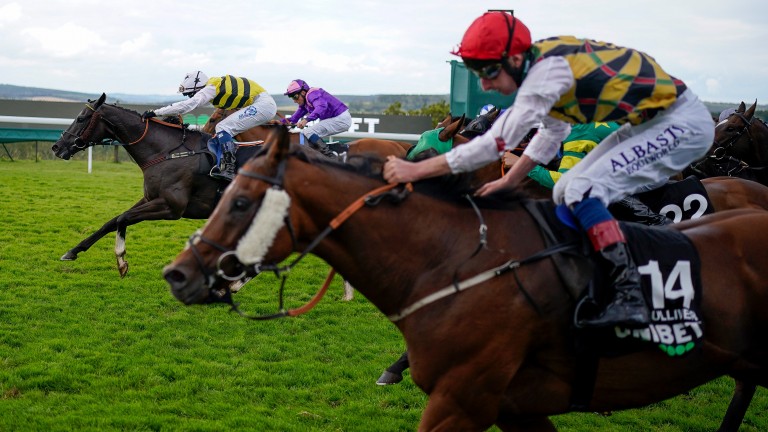 Commanche Falls (centre) beats Gulliver (near) in a close finish to the Stewards' Cup
Alan Crowhurst
1 of 1
By Jonathan Harding UPDATED 6:28PM, JUL 31 2021

Many people questioned whether Connor Beasley would ever be able to ride again after a sickening fall but the jockey had no such doubts and was rewarded with his biggest win in the Unibet Stewards' Cup.

He left it late aboard Commanche Falls, who powered home from off the pace to claim the historic cavalry charge by a neck from Gulliver.

Yet there was a time when days like this may have felt out of reach. The jockey suffered career-threatening head and neck injuries in a serious fall at Wolverhampton in July 2015 and after spending some time in intensive care, he endured wearing a brace for three months.

It was a small price to pay for Beasley. While he has since scored at Group level following his remarkable return to the saddle, he ranked this success at Glorious Goodwood as the biggest of his career.

"I had a nasty fall at Wolverhampton and I fractured my skull, and damaged my neck and my back," said the 26-year-old. "I went to Jack Berry House and was off for eight months. I came back and my first two rides were at Wolverhampton – it was some story to tell.

"They were dark days and it might have been in the back of a few people's minds that I wouldn't get back but I always knew I would for days like these. There were no doubts in my mind whatsoever. This is where I want to be. I want to ride winners at big festivals.

"When things are going well you are able to keep the momentum going and things start to feel easier in races. I've managed to get the ball rolling and I couldn't have wished for a better day than this." 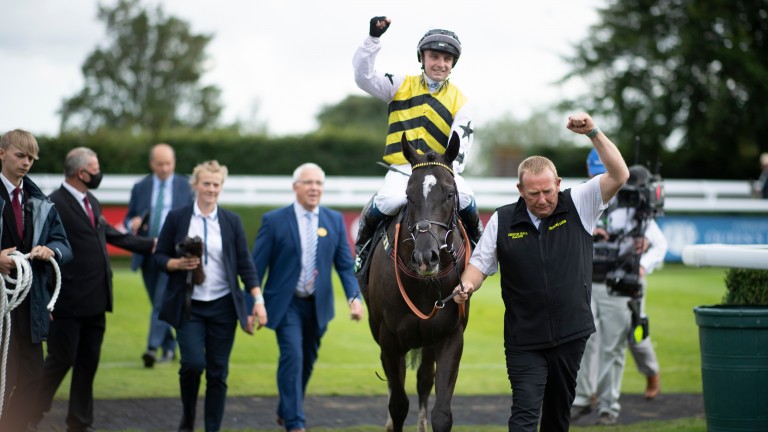 It was a fourth success of the season for Commanche Falls, who has sprinted up the handicap ranks this year and posted a career-best effort off a rating of 101, having competed off 84 in April.

The four-year-old, who landed the Scottish Stewards' Cup by a nose this month, showed a potent turn of foot in testing conditions to provide his trainer Michael Dods with a first victory in the race.

"He's progressed with every run and the main question mark today was the ground," said Beasley. "However, we knew the bigger the field, the better, and he travelled really well. When I got him off the bridle and found some space, I always knew he'd dig deep for me."

Unlike the consolation Stewards' Cup, the field split into two distinct groups and the 10-1 shot came through towards the stands' side.

"The far side were ahead of me when I looked with about two and a half furlongs to go," added Beasley. "Once I got him rolling, I felt he was eating up the ground but you still need things to fall your way. I was around fancied horses so it was just about keeping him there." 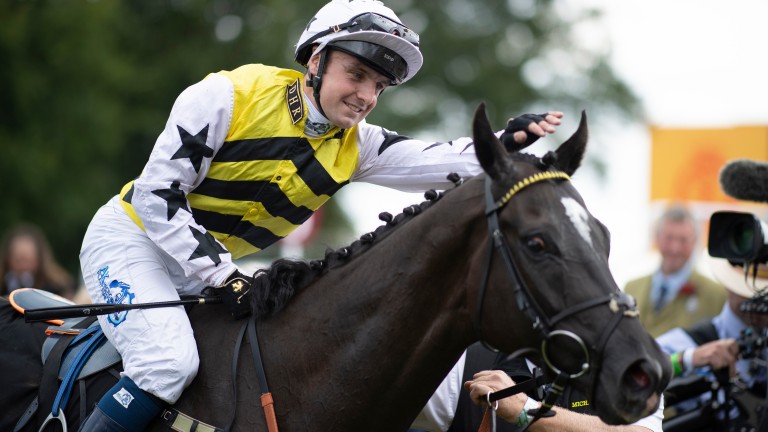 Commanche Falls is owned by Doug Graham, Alan Drysdale and Ian Davison, and is a half-brother to Dakota Gold, a Group winner who is set to run in the Listed Queensferry Stakes at Chester on Sunday.

"We've had an amazing year with this horse," said Davison. "We thought the ground had gone for him today as he's not really a soft-ground horse but he keeps pulling it out the bag every time he runs.

"For the first three furlongs we couldn't see him but once we spotted him we were confident he would finish his race well. We own his half-brother Dakota Gold, who didn't really start to improve until he was four, so perhaps Commanche Falls will go along the same lines."

Davison admitted that may be wishful thinking but he nonetheless has high hopes for the four-year-old and suggested his next big target could be the Virgin Bet Ayr Gold Cup on September 18.

"He's in the Ayr Gold Cup but it might depend on what the friendly handicapper does," added Davison. "He'll influence what's next but it's ultimately all down to Michael, who makes all of the decisions."

Read more from the action at Goodwood:

FIRST PUBLISHED 4:00PM, JUL 31 2021
They were dark days and it might have been in the back of a few people's minds that I wouldn't get back

'He deserved that' - Nayef Road out from shadow of Stradivarius with Listed win King Vega and Murphy could prove value play after eyecatching Salisbury display It's great to be back - get ready for a Scottish party on Ayr's big Flat day One trainer, one jockey, one horse and one race to watch on Saturday 'She deserved that' - third time lucky for Gale Force Maya in feature handicap