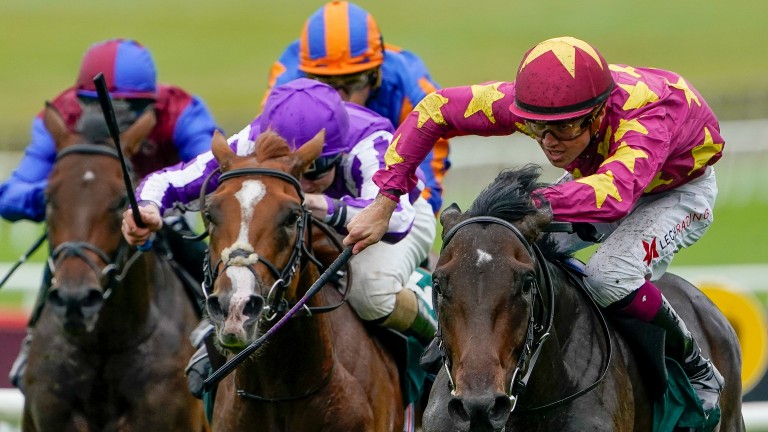 McMonagle was cool on the son of Wootton Bassett, asking for his effort inside the final furlong and picking up strongly on the outside to win by a length and a quarter from Proud And Regal.

It was a smart effort on Al Riffa's third start, having only shed his maiden tag at the second attempt at this venue last month.

McMonagle said: “I was travelling so well that I had to take a pull at the two-furlong pole, when I got stuck into him he lengthened really well. It was an unbelievable performance and he loved the soft ground.

"It's a massive day for me and I hope it's the first of many. I'm really grateful to Joseph and the owners for having faith in me.” 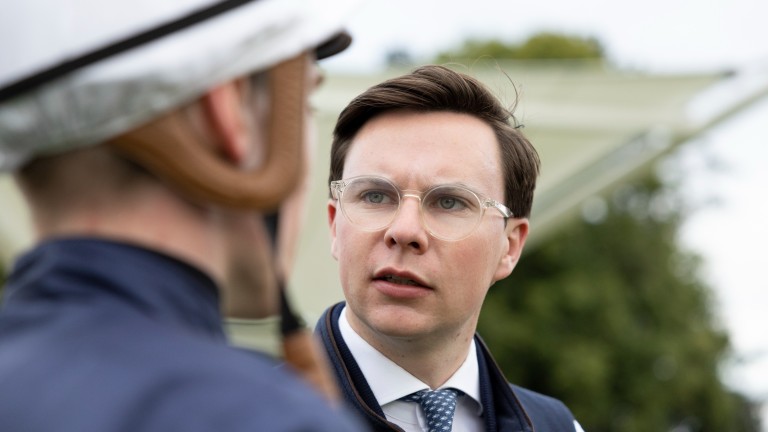 O'Brien, who won the National Stakes with Thunder Moon in 2020, said: “He was a huge horse as a yearling. I thought buying him that he would make a lovely three-year-old, no way did I think he would be the two-year-old he has made. His family is all stamina and to do what he has done is hugely positive.

“We always thought he would be a middle distance horse but he's not slow and he never looked slow at any stage today. I think he's a Guineas horse and we will take it from there. He is hugely exciting, that's for sure.

"The plan coming here was to go to Longchamp after for the Prix Jean-Luc Lagardere, so we'll see what happens.”

The disappointment of the race was the 8-13 favourite and previously unbeaten Aesop's Fables. He could only finish fourth, but his trainer Aidan O'Brien did at least have the satisfaction of seeing his two sons fill the first two places.

The Donnacha O'Brien-trained Proud And Regal continued his good season by staying on into second under Gavin Ryan. The trainer said: “He ran a belter and that bit of juice in the ground suited him. All going well, he will go for a Group 1 in France or maybe the Futurity in England. He wants a mile.”

Phoenix Stakes third Shartash filled the same place here for Johnny Murtagh and Ben Coen. Murtagh said: “I'm happy and a bit disappointed at the same time. He just didn't get enough room at an earlier stage but he battled to the line once he got out.”

FIRST PUBLISHED 5:41PM, SEP 11 2022
I think he's a Guineas horse and we will take it from there. He is hugely exciting, that's for sure