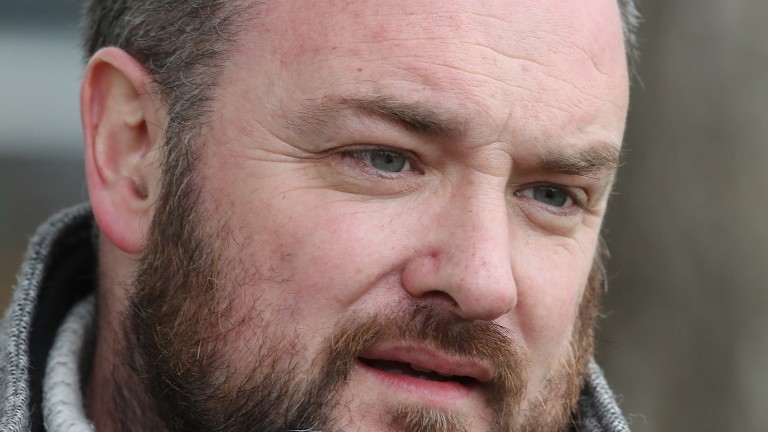 Trainer John McConnell was fined €3,000, his mare Tango Theatre was banned for 60 days and rider Conor Walsh was suspended for 21 days after the stewards found the horse had not achieved the best possible placing under Rule 212a(ii) in the 2m maiden hurdle. Tango Theatre finished fourth, beaten 14 and a quarter lengths behind the Charles Byrnes-trained Light Brigade.

Walsh stated that his instructions were to drop his mount in and get her to finish, but admitted to the stewards he had left her too much to do and should have been harder on her. McConnell's representative Martin Fox confirmed the instructions.

The stewards found Walsh and McConnell to be in breach of the rules and issued their penalties.

McConnell did not wish to comment but said that he will not be appealing.

Sizing Pottsie trades at 1.04 before it all goes wrong

There was no shortage of drama in the feature 2m conditions hurdle, a race that might have been considered beforehand to be a bit of a damp squib with withdrawals, particularly that of the prolific Dreal Deal, reducing the field to three.

Reverting to hurdles, the Jessica Harrington-trained favourite Sizing Pottsie had been sent out in front, opening up an advantage he managed to increase and sustain despite some awkward jumping. 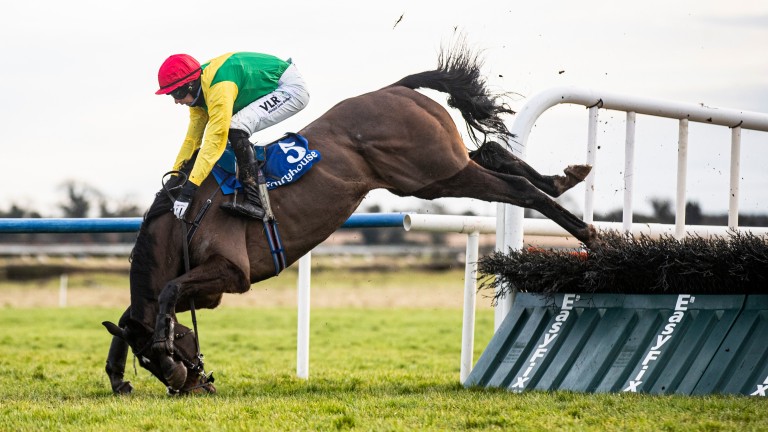 At the top of the straight he looked to have an unassailable advantage. However, an awkward jump at the second-last set off alarm bells and, while he was still clear, his advantage over his two rivals was clearly diminishing when another awkward jump at the last led to a bizarre fall for the son of Kapgarde, who had traded as low as 1.04 on the exchanges and had been matched for almost £925. 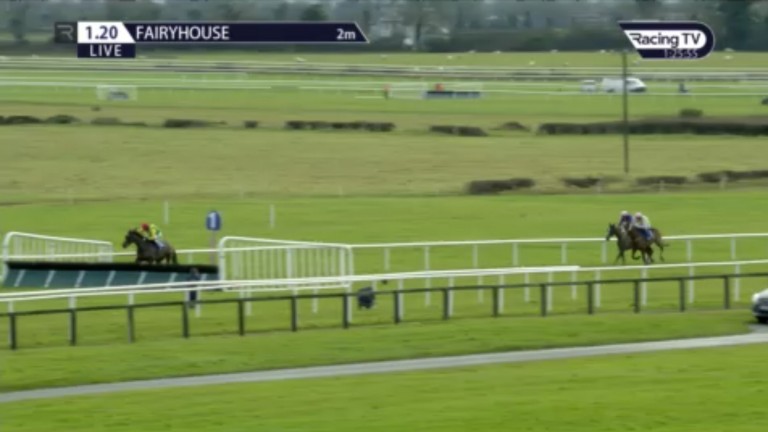 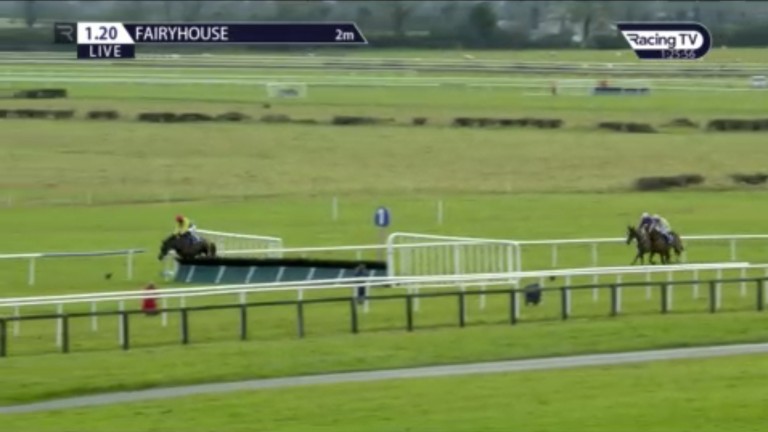 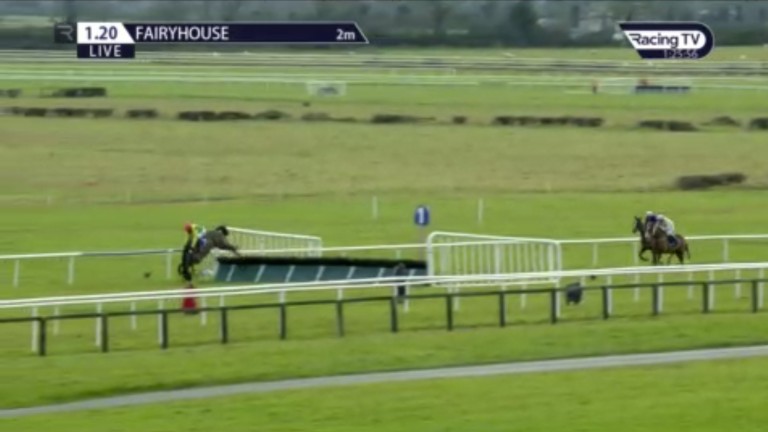 Sizing Pottsie's in trouble as he overbalances on landing
Racing TV 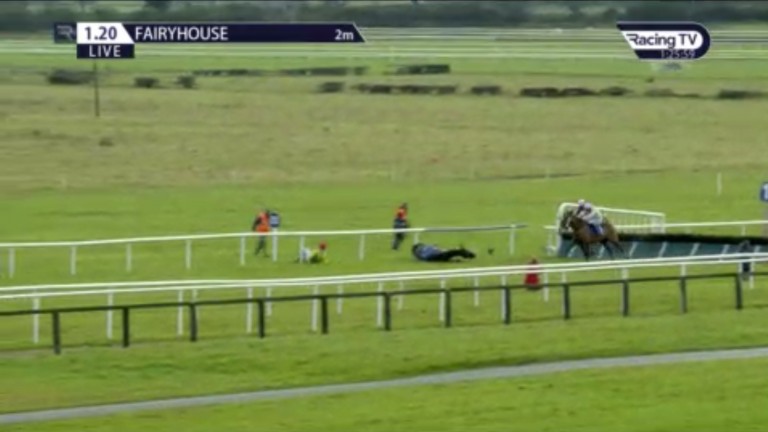 It led to an exciting finish and a good battle from the last which was won narrowly by the Gordon Elliott-trained Percy Warner under Jack Kennedy, having just his second run over hurdles, getting the better of 2018 Cesarewitch winner Low Sun by half a length. There is no guarantee he would not have won anyway.

"I wasn't even watching the horse in front coming to the last, I was watching the other two," Elliott said. "But Jack said the leader was tying up quickly.

"He might have been a fortunate winner. He probably needed a bigger field and a more competitive race. He was in no-man's land going around there on his own, but he's a grand horse and it was a nice race to win. He was bought to be a chaser and that's what he's going to be."

Harrington's daughter Kate said ruefully about Sizing Pottsie: "He was just idling in front. Paddy said he took a blow before that and he just hit the top bar. He has no respect for hurdles and is clearly a better chaser. It would have been nice to get a win over hurdles with him but it just wasn't to be."

Watch: dramatic outcome to the feature hurdle at Fairyhouse

Lockdown means following placed horses in maidens could be a lucrative strategy Harrington bemoans 'seriously annoying' paperwork for sending runners to Britain Tiger Roll feels like the horse of two years ago again, says regular rider Jessica Harrington: 'I know Roksana's there, but something had to take her on' So has Envoi Allen beaten anything of note yet? We break down his achievements All too easy for Envoi Allen after Asterion fluffs his lines in first-fence fall