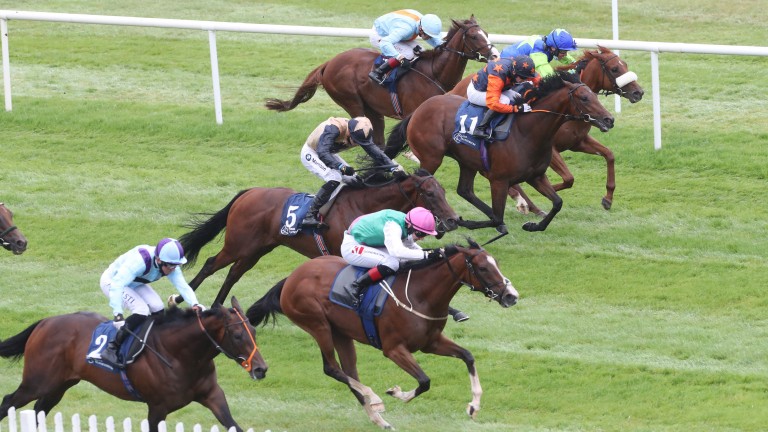 A long-term plan came to fruition at Naas on Monday as Ger Lyons and his team plundered the €300,000 Irish EBF Ballyhane Stakes with 15-8 favourite Sacred Bridge.

In doing so, the Juddmonte-owned filly bagged connections a cool €148,500 when landing the richest race run at the track.

It did not look likely for a long way, but the further Sacred Bridge went, the happier Colin Keane looked, as the class act in the race stamped her authority over the 22-strong field by half a length at the line.

Shane Lyons, assistant and brother to Ger, said: "That was a tough ask with the penalty but obviously we were attracted by the fine sponsorship by Ballyhane and Joe Foley. It was a big pot but we're glad it's over.

"As Colin said, she's versatile over five or six furlongs but is getting sharper with her racing and she's in all of the fancy races. We'll campaign her in the Group races now."

Lyons added: "It's great to be training for these people. The pedigrees are second to none. Now we'll get serious with her."

The Silver Irish EBF Ballyhane Stakes packed a pretty decent punch with €50,000 on offer to the juveniles who couldn't get into the main race and, for a second year running, John Joseph Murphy pocketed the lion's share of the money on offer. 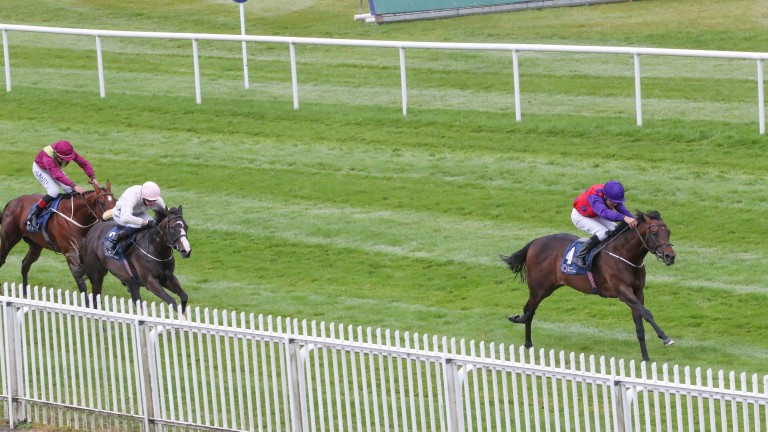 Entered up in the Futurity and the National Stakes, the 15,000gns purchase showed the benefit of a low-key debut at Leopardstown to confirm himself a classy prospect.

Murphy's son and assistant George said: “We're delighted with that. He was a little bit green and silly the first day at Leopardstown. He got caught wide and hung out as he got a little nervous with the horses on his inside.”

He added: “Cavalry Charge was still a little green there and Robbie said he'll come forward again. I'd say he could be a very smart horse as he won well there.

“He has a few big entries so we'll consider them and he'll definitely run in pattern company next.”

FIRST PUBLISHED 3:33PM, AUG 2 2021
She's getting sharper with her racing and she's in all of the fancy races. We'll campaign her in the Group races now