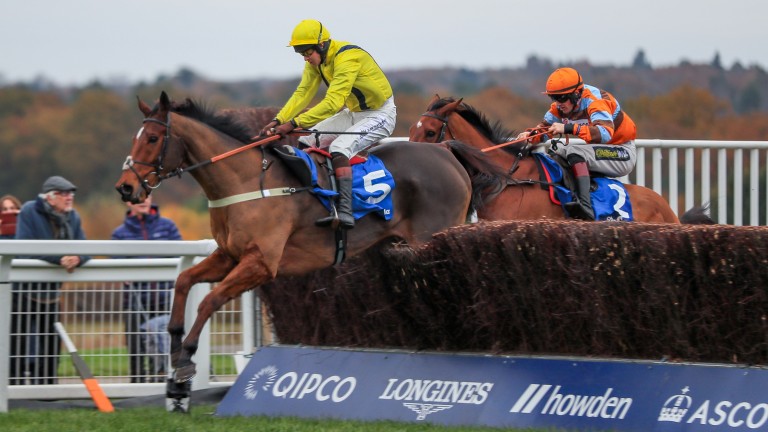 If any further evidence was needed of team Tizzard's resurgence this season it came in fine fashion from Lostintranslation, who had been an emblem of the yard's disappointing 2020-21 campaign but bounced back to win the 1965 Chase – a race that marks the year jumping began at the royal racecourse.

It was perhaps appropriate the £70,000 Grade 2 was sponsored by Chanelle Pharma, the medical company founded by Sir Anthony McCoy's father-in-law Michael Burke, as trainer Colin Tizzard and son Joe may have reached for the aspirin last term when their string were never right and winners dwindled to just 37.

Lostintranslation, owned by city slickers Paul Taylor and Richard O'Dwyer, did not contribute to that haul, suffering a heavy defeat in the Betfair Chase on this weekend 12 months ago before being pulled up in the King George – a fate that also befell him in the Gold Cup after a tame effort in Newbury's Denman Chase.

However, the Dorset operation has enjoyed a fruitful autumn and optimism was fuelled by the 24 winners already on the board.

Looked after by Hamir Singh, the groom of former Tizzard darling Cue Card, Lostintranslation had the perfect pitch under Brendan Powell – also in the midst of re-entering the sport's consciousness as a player at the top table – and challenged two out.

He led approaching the last and swept clear for a decisive verdict from Master Tommytucker, who had set a decent pace that suited the 4-1 winner.

"He was clearly wrong last season and we couldn't pinpoint it; we just couldn't get to the bottom of it," said Joe Tizzard, who is set to take over the licence from his father next year.

"He's not a horse who bleeds, but he bled terribly in the King George and had a job to complete a race last season. Today was the comeback and if it didn't work we were scratching our heads.

"We've got to keep him right for the spring, but he's entered in the King George and we always thought that would be perfect for him before. I'm not saying it's set in stone. We'll see how he is and make a plan, while he loves spring ground, which is a key factor if the rain comes.

"We'll be gearing up for the spring and the Gold Cup, but the King George is there if he's right." 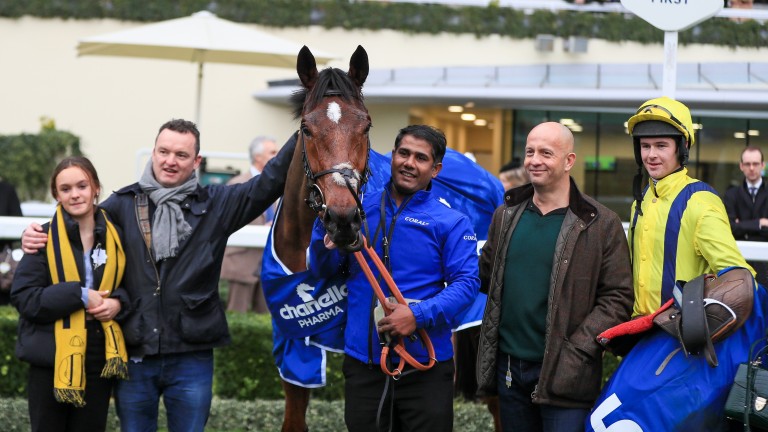 A Grade 1-winning novice chaser, Lostintranslation had impressed in the 2019 Betfair Chase but had not been successful since.

Paddy Power and Betfair make him 12-1 (from 25) for the Ladbrokes-backed King George, but the Gold Cup, in which he was third in 2020, is the big dream for connections and odds of 25-1 for that are widely available.

Victory in either of those would be particularly sweet given the trials and tribulations of last winter.

"It was a testing time. The horses looked well but weren't finishing their races."

They are now and, in Lostintranslation's case, finishing them in some style.

FIRST PUBLISHED 2:19PM, NOV 20 2021
He was clearly wrong last season and we couldn't pinpoint it

'His work was very, very good' - Shishkin set for Energumene clash at Ascot Promising Jpr One to be entered for the Betfair Hurdle after stylish success Training titans put records on line against Haldon Gold Cup king Eldorado Allen First Flow adds more spice to 'one of the races of the season' in Clarence House 'It still hasn't sunk in yet' - joy for Pricewise punter as he lands £60,993 Go Whatever lands Sussex National for Chris Gordon and adventurous owner