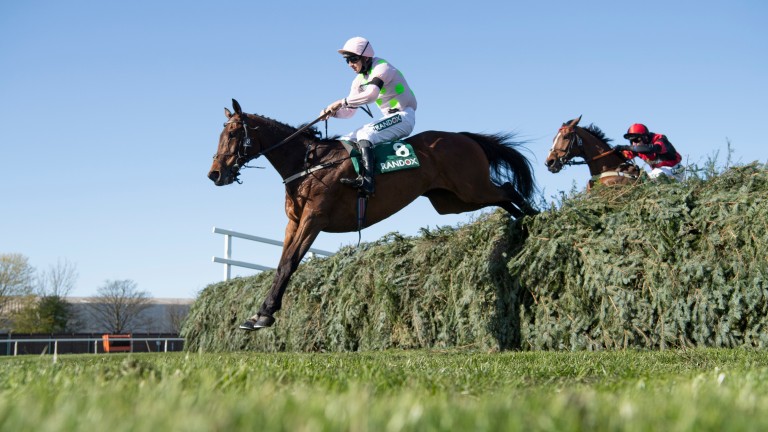 Patrick Mullins is a fabulous rider but also a superb wordsmith, so after enjoying the thrill of winning over the Grand National fences aboard the front-running Livelovelaugh it was no surprise he found exactly the right sentence to sum up the feeling.

"I wish I could bottle it and bring it home," said the sport's leading amateur, now a winner over the sport's most famous fences and primed perfectly to tackle the race he covets above all others in the same Susannah and Rich Ricci silks on Burrows Saint.

One day earlier, Mullins had endured a rather different sort of ride. His Foxhunters mount Billaway appeared to hate every second of the experience. Not so his Willie Mullins-trained stable companion, who had run a cracker in the 2019 Grand National until his stamina ran out.

This time he ran a cracker and won, coming home four and a half lengths clear of Pink Eyed Pedro having put in some spectacular leaps during his all-the-way triumph.

"Every jockey wants to win over the fences here and I got some spin there," said Mullins. "Ever since I was a kid I've watched horses do that and thought what a thrill it must be. I had a small book and used to read about the history of the fences, but I never thought I would get the chance to win one of the races over them.

"Willie won on Atha Cliath in the Foxhunters, so that kind of puts us level – although this might be slightly above that, maybe?" 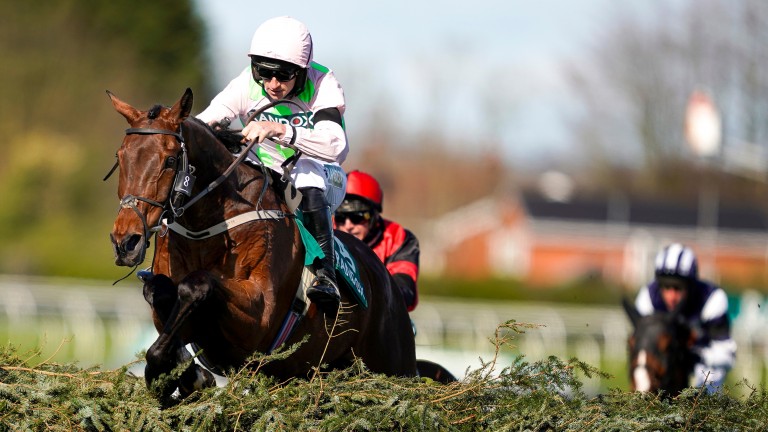 Given the younger Mullins was riding here against professional jockeys, he very probably does have the edge over his father. He also has some incredible memories, including a jump at one of the track's most iconic fences that fairly took the breath away.

"Becher's was the one," admitted Mullins. "We were long at it. At the last moment I thought, 'I really hope you come for me', and he did. He jumped spectacularly today.

"I think what you saw there today was a real example of the Aintree factor. This was his Grand National and you could tell he was enjoying it. He has quite a low head carriage when he lands, but once I got used to him we gelled pretty well. That was a fantastic performance."

Also worth celebrating was the effort of Pink Eyed Pedro, whose rider Jack Tudor said: "I think the best horse won, but I had a brilliant spin and it was fantastic to finish second in a race as good as this on my first ride over the fences."

Tudor will be back for a crack at the big one on Potters Corner. His appetite for victory must now have been heightened, which is definitely true of Mullins. He just cannot wait.

"For me, I would always take the Grand National over the Gold Cup," he said. "Definitely. The extraordinary mess of it all is the best way I can put it."

The National may be messy. This Topham spin was not far off perfect.

FIRST PUBLISHED 4:29PM, APR 9 2021
Every jockey wants to win over the fences here and I got some spin there