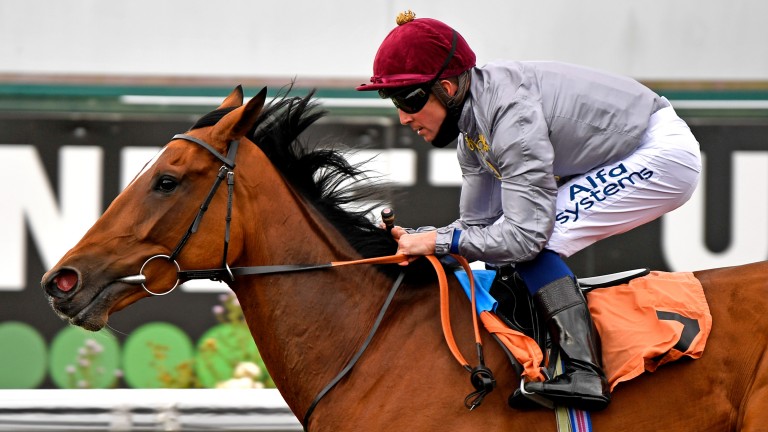 The Sir Michael Stoute-trained four-year-old was guided up the rail by Moore to snatch victory by a head, a second victory at that level following success at Newmarket last season.

The success was a fourth in two days for Moore, who landed a treble on the final day of Royal Ascot, including his Diamond Jubilee win aboard Dream Of Dreams.

Moore told Racing TV: "Katara’s a nice filly with a good pedigree and you’d like to think there would be more to come from her in the future."

Clifford Lee was another jockey to enjoy a memorable Royal Ascot after riding his first winner at the meeting, and he teamed up with Karl Burke to land the second leg of a double for the trainer with Favourite Child.

Burke also sent out the winner of the 6f fillies' novice with Almohandesah under Tom Marquand.

Burke said: "We just had a sticky couple of weeks with a hell of a lot of seconds without having a winner, so to get three now in the last few days, and one at Royal Ascot, you can definitely say I’m relieved."

Horses for courses is a phrase that does not define Let Me Be, who picked up his seventh career win at seven different tracks.

Callum Rodriguez partnered the well-travelled five-year-old on his first Pontefract outing, with Let Me Be now having won five of his six starts this season.

FIRST PUBLISHED 6:00PM, JUN 20 2021
To get three winners now in the last few days, and one at Royal Ascot, you can definitely say I’m relieved

Ryan Moore: 'I try not to offend anyone but for me it's always about the horses' Sigsworths secure first win in 12 years with shock 22-1 newcomer Milbanke One trainer, one jockey, one horse and one race to watch on Saturday Brunch tastes good for William Buick as rider enjoys wonderful weekend Apprentice Pierre-Louis Jamin enjoys dream day with first treble Mark Crehan gets backing of Stoute and Dettori following 28-day Doncaster ban