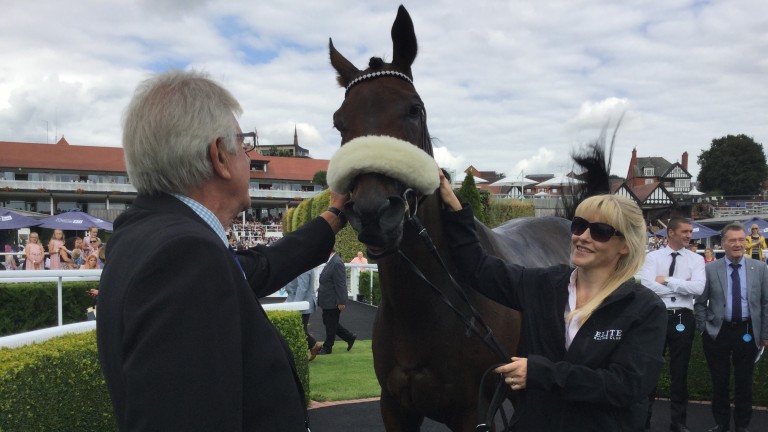 Judicial gets an appreciative pat from a member of the Elite Racing Club
David Carr
1 of 1
By David Carr UPDATED 8:20PM, AUG 1 2021

You can be forgiven for shedding a tear when an old friend returns – and friends do not come more loyal or more valued than Judicial.

The smart sprinter has done more than any horse to help the small Malton yard of Julie Camacho punch above its weight, winning 16 races over the past seven seasons – including two Group 3s.

Yet age catches up with even the best of horses – ask Battaash. And two "underwhelming" efforts this term had left the trainer and husband Steve Brown wondering whether the nine-year-old's best days might be behind him.

Which made it all the more joyful when the old Judicial returned. Elite Racing Club's flagbearer showed there is an awful lot of life still in him by scoring win number 17 and repeating last year's triumph in the Children's Air Ambulance Queensferry Stakes, landing his fourth course success by two lengths from Nunthorpe Stakes hope Dakota Gold.

"I'm a bit emotional," Brown admitted as he choked back a tear in the winner's enclosure. "I took him down to the start so I haven't seen it but I'm told it was a good performance. He loves it round here, I don't quite know why but he has a terrific record. 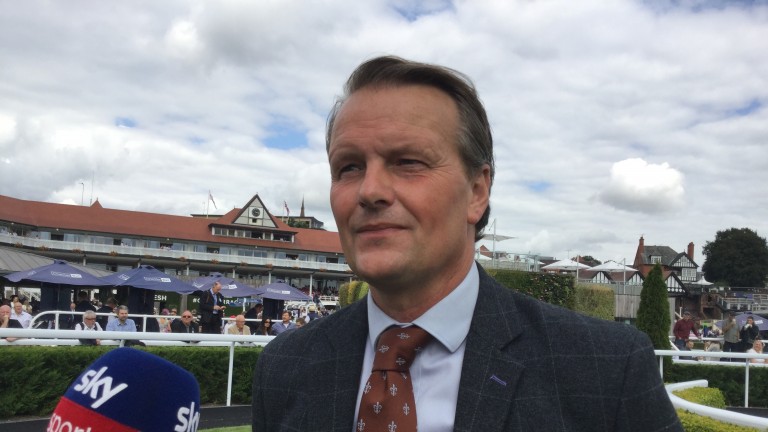 "He's been life-changing for us. He's been wonderful and really upgraded the profile of the yard.

"He was a little bit underwhelming in his first two runs, there was a reason for the first but the second was a bit more puzzling. But in the last two weeks his work has really lifted. We'd have been in big trouble if we hadn't seen a good run today."

Judicial is now set to bid for a fifth Listed victory of his career as Brown said: "I'd think he'll go for the Beverley Bullet. There's the Garrowby Stakes as well, although York has never really been his gig."

Devious Plan B pays off

Tom Dascombe had a one-two in the 5f nursery but could not help thinking about a prize that got away at Goodwood a few days earlier.

After the local trainer had welcomed back the filly Devious Angel after she had landed her fourth win with an all-the-way defeat of stablemate Roman Dragon, he said: "It's a bit annoying really because the plan was for the filly to go to Goodwood and then they got torrents of rain and we had to run them against each other.

"I'd really rather not do that – I'd rather have won with her at Goodwood and have the colt win here. But that's life and both horses are doing a great job." 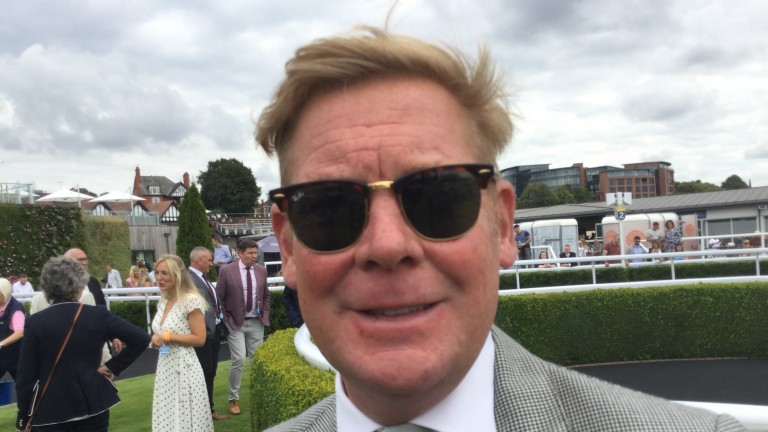 Dascombe and jockey Richard Kingscote made it a juvenile double when Superlative Stakes seventh Mot And The Messer took advantage of a drop in class and trip to land the 6f conditions event.

"I think we got mistaken a little bit because after he won at Ripon it looked like he wanted seven furlongs," the trainer said.

Dascombe made it a treble when Lincoln Park took the 7½f handicap under Jane Elliott.