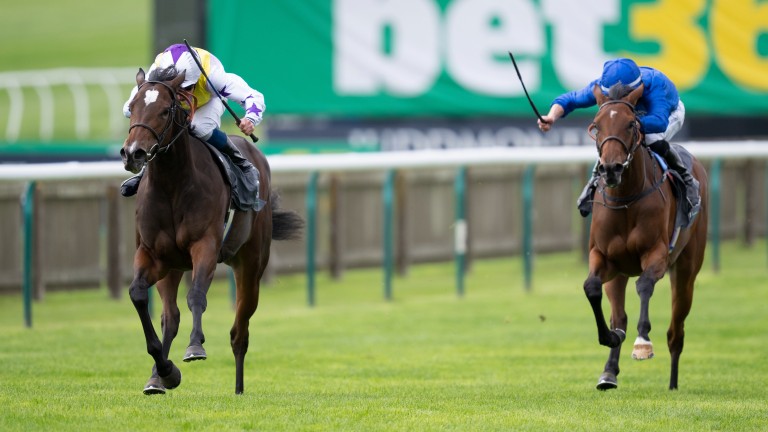 An understated and unnoticeable filly at home, Lezoo shone again on the racecourse as she swept to victory at Newmarket and ensured her name would be up in lights when discussions are taking place about this year’s leading juvenile fillies.

After four runs in little over a month in June and July, which included Listed and Group 3 successes, Lezoo was given time away from the track to prepare for the Cheveley Park Stakes, a race her trainer Ralph Beckett never thought would come under consideration.

“She doesn’t show up at home really, and before she ran for the first time I told the owners she would win a novice and that would be it – it just shows how wrong you can be,” said Beckett.

“If you look at her now and compare her to July when she last raced, she’s actually changed colour – she’s got a bit darker.

“The races caught up with her so we had to back off and I wasn’t convinced she was quite herself. She just did one easy piece of work last week on the grass and worked well, so she’s obviously just very, very good.” 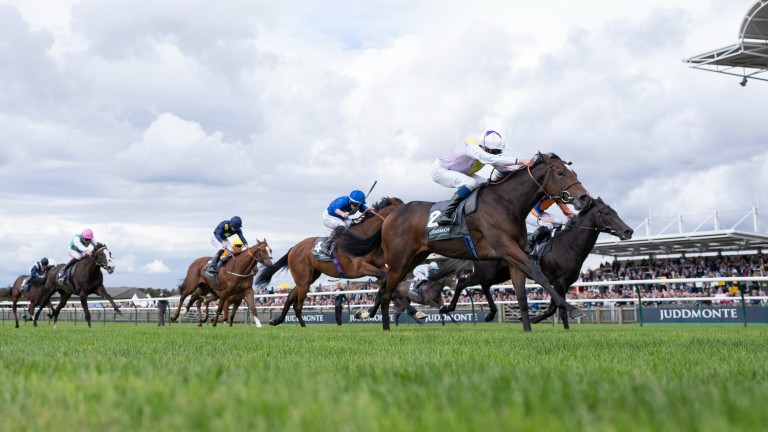 Lezoo gets the better of Meditate on the Rowley Mile
Edward Whitaker (racingpost.com/photos)

Talented and professional too, with Beckett praising the ride given to Lezoo by jockey William Buick, who fulfilled riding duties with regular partner Frankie Dettori suspended, and for how his unpretentious star went about her serious work.

“William got her in a good place,” said Beckett, whose filly earned a 16-1 quote for the Commonwealth Cup from Coral. “She didn’t mind being on the wing as she is such a professional. She was just breezing along on her own, flicking across the ground. I thought three out we were really in business.

“We have never had one as good as her at this stage – she just gets better and better with racing.”

Whether or not Lezoo runs again this season is undecided, with Beckett pondering sending the daughter of Zoustar to Keeneland for the Breeders’ Cup, but the trainer is certain owners Marc Chan and Andrew Rosen do not have a filly for next year’s Qipco 1,000 Guineas.

“I never felt she was going to be a miler, sadly,” he said. “That’s really very unlikely. My filly who finished fifth [Juliet Sierra] will stay a mile.”

When Lezoo does return to action, it is likely Dettori will be back in the saddle – the rider being good friends with Chan – and Buick thanked his weighing room colleague for the advice he passed on prior to the Cheveley Park.

“Frankie rang me this morning and gave me some really valuable insights," said Buick. "It was unfortunate he couldn’t take the ride.

"She’s a real fighter and has a lot of quality. She has plenty of gears and is an out and out six-furlong filly.”

Sprinting may be the future for third-placed Mawj as well, with trainer Saeed bin Suroor admitting “I don’t think she’ll stay” when asked about her entry in the Group 1 bet365 Fillies’ Mile over a mile on October 7.

He added: "Mawj really tries and we're delighted with that. She'll be a six-or seven-furlong horse next year and we will take her to Dubai in the winter where she would run at the carnival.”

FIRST PUBLISHED 2:33PM, SEP 24 2022
Before she ran for the first time I told the owners she would win a novice and that would be it – it just shows how wrong you can be