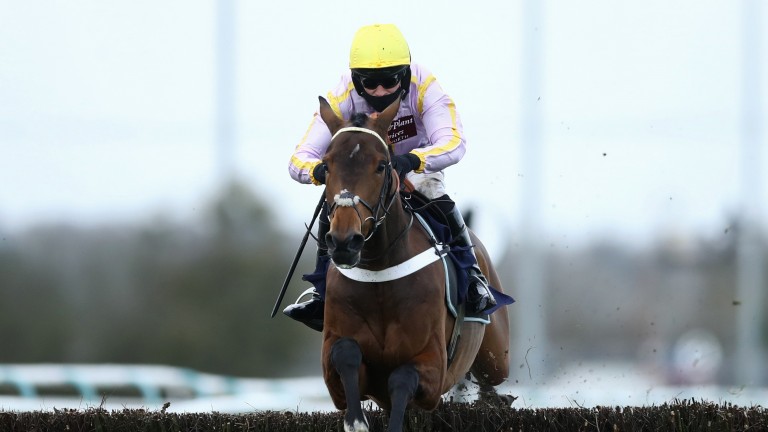 Trained by Nicky Henderson, the five-year-old was notching his third win at the tight Warwickshire track in the feature 2m½f handicap hurdle.

Held up early off a breakneck pace set by Cubswin, Hooper had enough up his sleeve on the run-in to hold off market rival Takeit Easy.

Ffrench Davis, who claims 7lb, has been in the saddle for Hooper's last three victories, and told Racing TV: "To me, Hooper is a legend. I would imagine we'll look at Market Rasen with him and after that he'll go novice chasing."

Trainer Peter Pritchard registered a first win in over 13 years at his local track when Franz Klammer gave his rivals the slip in the 2m6½f handicap chase.

The 13-2 chance, who was scoring for the first time at the 25th attempt, is trained 12 miles away in Shipston-on-Stour, where Pritchard has just a handful of horses in training

The ten-year-old's record is a bit like the London bus syndrome, nothing for ages then two come along at once given her only previous win came in 2015 until this recent revival under Jack Tudor.

The 3-1 chance backed up victory at Uttoxeter five days ago despite the burden of a 7lb penalty by holding off fellow mare Ronde De Nuit, and has another entry at Worcester on Sunday.

FIRST PUBLISHED 6:32PM, JUN 15 2021
To me, Hooper is a legend. I would imagine we'll look at Market Rasen with him and after that he'll go novice chasing