Key to the Kingdom? Blinkers just the trick as colt produces runaway win 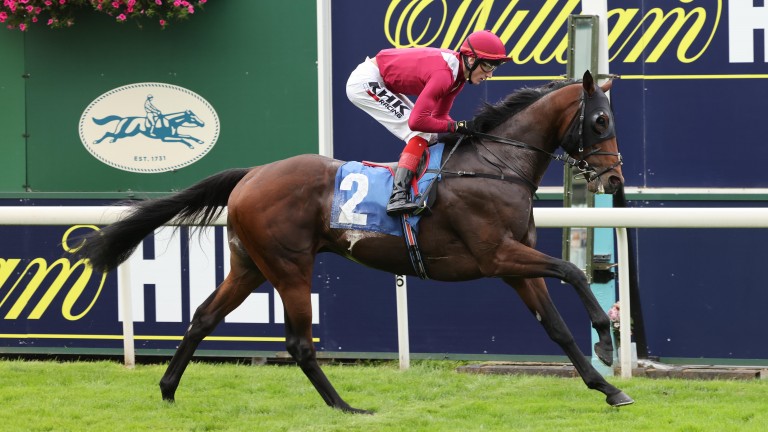 Third Kingdom crosses the line under David Egan to win by eight and a half lengths
Grossick (racingpost.com/photos)
1 of 1
By Catherine Macrae UPDATED 7:51PM, SEP 24 2021

Third Kingdom produced a dominant display to land his first success of the season with an eight-and-a-half-length rout in the mile handicap.

The win broke a 44-race losing streak for jockey David Egan, who credited joint-trainer John Gosden with the decision to use first-time blinkers on the three-year-old.

“The credit goes to Mr Gosden,” Egan, who also scored on Soller Bay in the 6f fillies’ handicap told Racing TV. “It was his plan to put the blinkers on as Third Kingdom was getting a bit claustrophobic and backing out of his racing, so they definitely helped.”

It was the second success for Third Kingdom, who was a ready five-length winner at Newcastle 12 months ago but had since struggled in handicap company.

Egan added: "He was exciting us early in the year but was just a little bit disappointing. He's a good horse on his day when we get the key and today we did."

It was a memorable afternoon for Hayley Turner, who landed a landmark 900th British winner in dazzling fashion on Master Milliner.

The Emma Lavelle-trained runner swept to victory in the 2m½f handicap by a ready seven lengths, following up on course-and-distance success at the start of the month.

Turner secured the milestone on the last of three rides after failing to reach the placings earlier on the card.

The jockey's tally for the season is now at 42 winners, more than double her success rate from last season.

While Brian Hughes is a familiar sight in the winner's enclosure it was the turn of wife Luci to take the honours as she won the opening Ernest Cooper Macmillan Ride of Their Lives.

Hughes made all on the Kevin Ryan-trained Midnite Bride to land the charity contest, which featured amateur jockeys raising money to support people living with cancer. 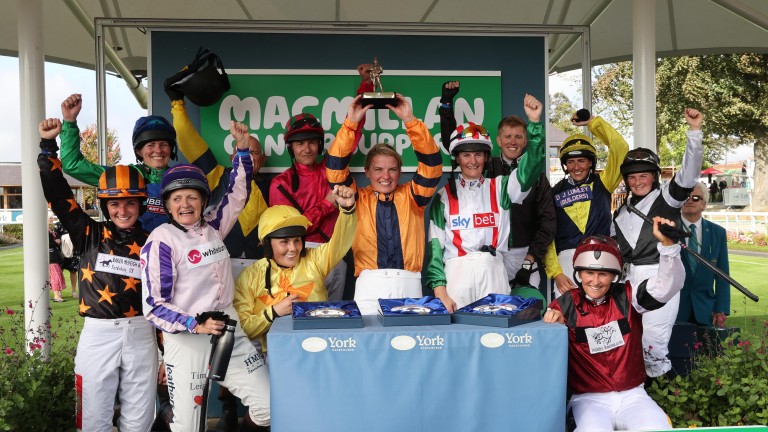 "It was the ride of my life," Hughes said. "She travelled so well and I just had to sit there. To come here and raise this money, it's just fantastic."

The riders raised over £150,000 for Macmillan by the start of the race, which was originally scheduled to run last summer but was delayed due to Covid-19.

Stradivarius to stay in training next year as Gosden maps out three-race plan Four legs to four wheels: the former Cecil apprentice getting Newmarket moving Mishriff ruled out of a crack at the Breeders' Cup in favour of Saudi Cup trip John Gosden fined after ketamine used by groom led to Listed winner failing test 'Things didn't go his way' - future of Stradivarius to be determined this week Which of the Gosden pair might prevail in a competitive running of the Balmoral?