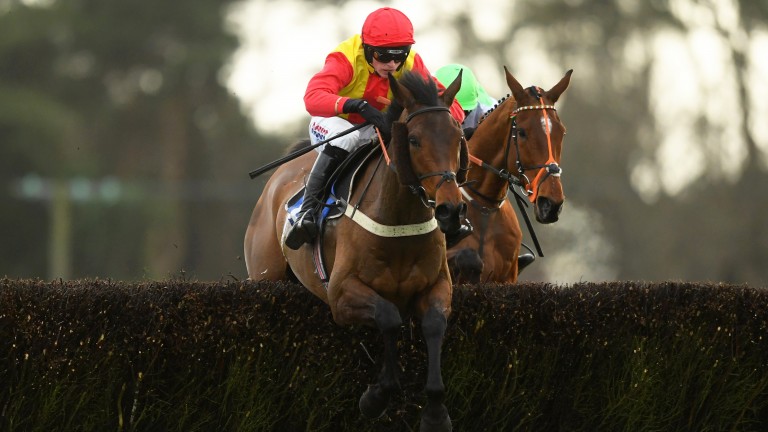 Colin Tizzard showed he has not lost his touch after he landed a 285-1 treble entering his final few months as a trainer before handing over the licence to his son and assistant Joe.

Tizzard and Brendan Powell claimed the two feature races, with Kauto The King picking up his third win on the bounce, followed by a one-two in the 3m2f handicap in which Christmas In April beat stablemate and favourite Highest Sun. Amarillo Sky completed the treble with a 16-length victory in the 2m1f handicap under Jonjo O’Neill Jr.

Tizzard said: “It's been a lovely day – that’s what we do it for. We kept horses back for May hoping there would be some rain as it’s been too dry. This rain has worked out beautifully for them and it’s just ideal.

“We go into the summer with some nice horses for Joe. When he’s got his trainer’s licence he’ll have a lovely team still to work with.”

Tizzard has said he expects Joe to take over the Dorset-based yard in the autumn.

Every Paul Nicholls-trained winner this month has been ridden by Bryony Frost, and Wednesday was no exception as she partnered Southfield Harvest to success.

The seven-year-old came off a respectable hurdling campaign to make easy work of his opponents on his chasing debut.

FIRST PUBLISHED 6:15PM, MAY 5 2021
It's been a lovely day ? that?s what we do it for. We kept horses back for May hoping there would be some rain as it?s been too dry