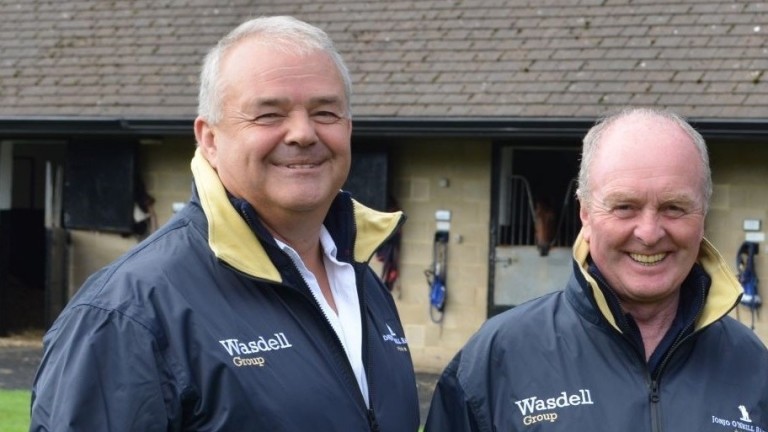 Owner Martin Tedham's decision to 'pull a sickie' was vindicated in terrific style after smart Flat performer Zabeel Champion made a perfect start over hurdles in the 1m7½f novice hurdle.

Formerly trained by Mark Johnston and a winner on 1,000 Guineas day earlier this year, the four-year-old rallied to deny odds-on favourite Lydford by a head under Nick Scholfield for a delighted Tedham, who sponsors winning trainer Jonjo O'Neill's yard through the Wasdell Group, the company of which he is the chief executive.

"I shouldn't be on television right now as I'm meant to be at work!" he told Racing TV.

"I told everybody we'd be on for a good day today, so I'm very pleased. Nick is the godfather to my children and he told them we need another horse – we bought it for him!"

Nigel Twiston-Davies' staggering run of form continued as he made it seven winners from his last 12 runners with a double on the card.

Veteran Robinshill proved to be at his best again in late autumn in the 1m7½f handicap hurdle before Monarchofthegrange made hard work but justified his 1-5 odds in the 1m7½f selling hurdle.

He said: "I'm absolutely delighted with Robinshill. He went off the boil a bit last season but this ground definitely brings out the best of him. He can put a lot into his racing, so he can get a bit tired towards the end of the season.

"We came here for the prize-money with Monarchofthegrange as not all sellers have just over £4,000 winnings on offer like that. So it's 'thank you' to Leicester."

Trainer David Weston celebrated a first win at Leicester with his first runner at the track when Lady Pacifico landed the 1m7½f fillies' juvenile hurdle.

FIRST PUBLISHED 6:00PM, NOV 15 2021
Nick is the godfather to my children and he told them we need another horse – we bought it for him