'He'll be a nice horse next year' - Crowley impressed with Ikhtiraaq 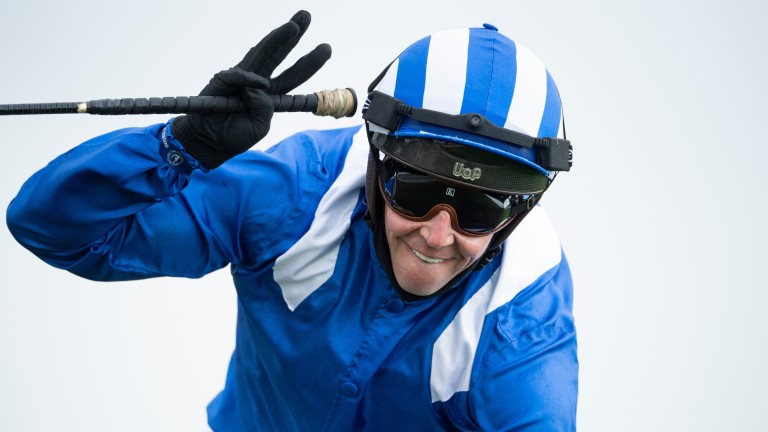 Former champion jockey Jim Crowley said: "Ikhtiraaq was a bit gassy early on but he knuckled down well and had experience on his side. He'll get a little bit further in time but he showed plenty of speed there and he'll be a nice horse next year."

Title challenger William Buick was second to Benefit on Porsche Cavalier in the 6f fillies' conditions stakes and filled the same spot on Midgetonamission in the mile nursery, with victory going to Hurry Up Hedley.

The William Haggas-trained gelding finished fourth at Kempton on Monday evening and the quick turnaround proved no hindrance.

Winning jockey Adam Farragher said: "I don’t know how I managed to get him beat last night but he was really good today. He’s tough and takes his racing well."

Buick's final second came in the 7f seller with Maysong failing to reel in the Alice Haynes-trained outsider Emjaytwentythree.

While Buick and title rival Oisin Murphy are at the top of the game, John Fahy is seeking to rebuild his career and struck on Cheveley Park Stud's unbeaten Benefit for Clive Cox.

Fahy landed the Cambridgeshire and Hunt Cup on the Tom Tate-trained Prince Of Johanne in 2011 and 2012, riding a career-best 43 winners in the first of those years, but was luckless in 42 rides last year.

This year has been more promising with six winners from 33 rides, operating at a 18 per cent strike-rate, with five of those victories for Cox.

Fahy, 30, said: "It got to the stage where I wasn’t earning enough money race-riding to really justify it, so I started riding out for Richard [Hannon] and have started going into Clive’s this year.

"It would be nice to get back to where I once was, if not better. I’ve never doubted my own ability and the hard part is getting on the right horses, the easy part is riding them.”

FIRST PUBLISHED 7:06PM, OCT 12 2021
He knuckled down well and had experience on his side

Fury and frustration but also an abundance of smiles on a vintage Champions Day Creative Force breaks Appleby's Champions Day duck with sublime sprint success From a tabloid scandal to a third title: Oisin Murphy's extraordinary day High-flying Murphy almost home after double puts him three clear of rival Buick The stories behind two top riders as they battle for British Flat jockeys' title 'It fried my head' - jockeys might not enjoy a title battle, but we sure do