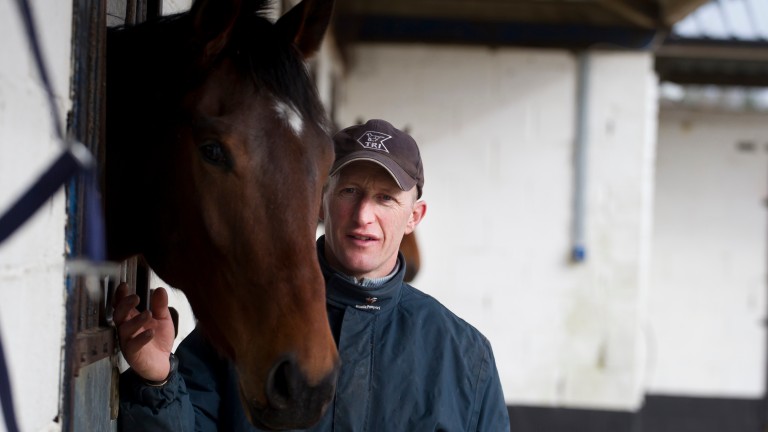 Colm Murphy: on the scoresheet at Listowel on Saturday
Patrick McCann
1 of 1
By Mark Boylan UPDATED 7:06PM, SEP 25 2021

She has a long way to go to fill the boots of former stable flagbearer Relegate, who was retired earlier this year, but Impervious couldn't have made a better start to her career for Colm Murphy as she made it two from two on the final day of Listowel's Harvest festival.

A 20-1 maiden hurdle winner on her debut at Cork last month, the 17-2 chance produced a smart finishing effort in the 2m4f Allman Contracts Novice Hurdle, carrying the same Paul McKeon colours as Relegate.

"I've been a long time waiting for a nice filly like her," said Murphy, now eyeing a step up to Grade 3 level at Down Royal in October.

"I'm delighted with the way she won, considering she was keen enough the whole way.

"She improved from her win at Cork and I think she'll improve plenty off that as well. She's one to really look forward to and has a fair pedigree."

Byrnes back in business

Turnpike Trip's success in the Cesarewitch Trial at Newmarket last weekend had already provided the Limerick trainer with a winning return in Britain having been suspended for six months in February following the high-profile Viking Hoard nobbling case at Tramore in October 2018.

There were few nervous moments for supporters of the market leader, who stretched clear by three lengths to follow up his recent Killarney victory in the colours of the Top Of The Hill Syndicate – owners best associated with top-class hurdler Solwhit. 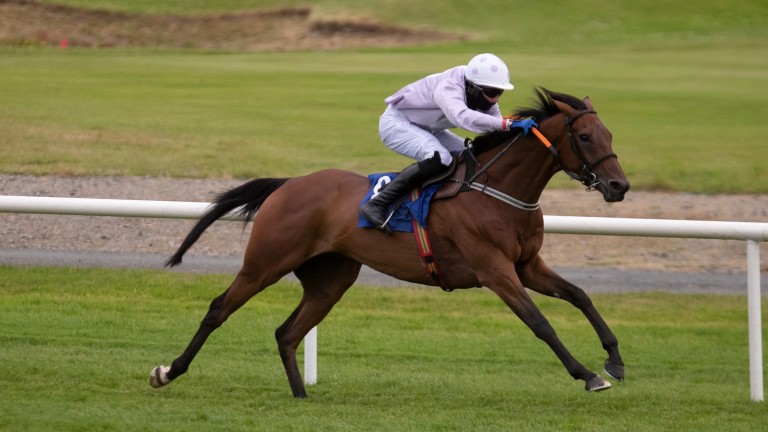 "I'm delighted for the owners and it's brilliant to have a winner here, especially with all my local trainers having winners this week," said Byrnes.

"Jack gave him a good ride – I'd say he won't be claiming for too long."

Other local trainers to get on the scoresheet on Saturday were Tom Cooper, successful with Definiteadare, and Eoin McCarthy, who sent out the well-backed Cosmic Rock to strike on his second start of the meeting.

Change in fortunes for De Bromhead

Henry de Bromhead's Tune The Chello was a most unlucky loser at the Kerry venue on Friday, but the leading trainer was back on song in the joint-feature as Defan led home a one-two for his Knockeen team.

Steered to victory by Darragh O'Keeffe for owner Niall O'Leary, the unexposed five-year-old's jumping in the straight made the difference in overhauling Zarkareva to score at 13-2.

It was a day to remember for 18-year-old amateur Brian Barry, a native of Conna, County Cork, as he recorded his first winner on just his second ride under rules aboard Father Jed for trainer John Ryan.

Curragh-based trainer Sean Cahill also enjoyed a memorable success – his first under rules since 2012 – as Kerry National-winning rider Shane Fitzgerald partnered Boreen Boy to reward good market support, returning at 16-1 having been as big as 50-1.