'It's the ability he has' - impressive Ahoy Senor excites emotional Russell 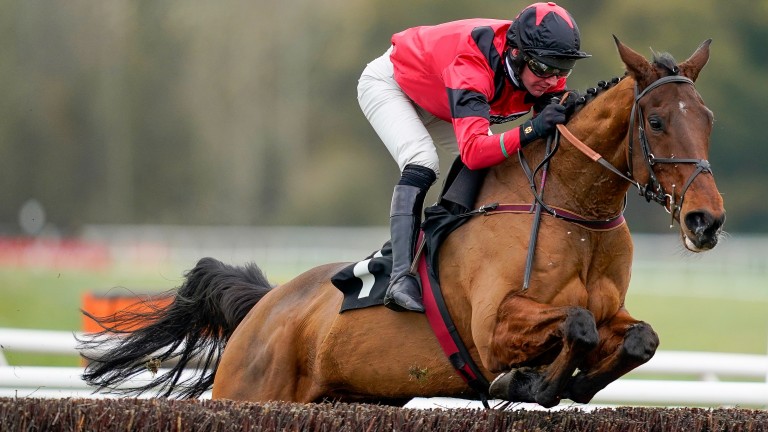 Lucinda Russell has won a Grand National and struck at the Cheltenham Festival so knows what it means to dine at the top table in jump racing, but she was visibly moved by the taking triumph of Ahoy Senor in the Ladbrokes John Francome Novices' Chase.

Francome and Russell's partner Peter Scudamore were fierce rivals in the saddle, but will, like everyone else, have come to an agreement over the impression the promising six-year-old created.

Not the finished article in the trainer’s words, Ahoy Senor is now 8-1 (from 16-1) for the Festival Novices’ Chase at Cheltenham in March.

His victory was deserved reward for owners Carron and Bruce Wymer, who managed to make it to Newbury despite travel plans being disrupted.

She said: "The owners made such an effort and drove down from Aberdeen. They were meant to get a flight, but the weather was bad and that was cancelled so they woke up at 5am and couldn't take the risk that they wouldn't be here.

"It was a good effort from them, but we're made tough in Scotland."

Expert jury: Who was the most likely Cheltenham Festival winner from today's action?

Ahoy Senor is blessed with talent as well as toughness, and Russell, who landed the Grand National in 2017 with One For Arthur, added: "I hoped for that performance, but I don't know I could have dreamed he'd win by 31 lengths.

"Coming back in and thinking we've a horse like this is amazing. I've such admiration for him. We have won a Grand National and that was very special, but this is a young horse just starting off and that was just his fifth race. He's got no experience, but has jumped round there and it's the ability he has. It's phenomenal to be part of it." 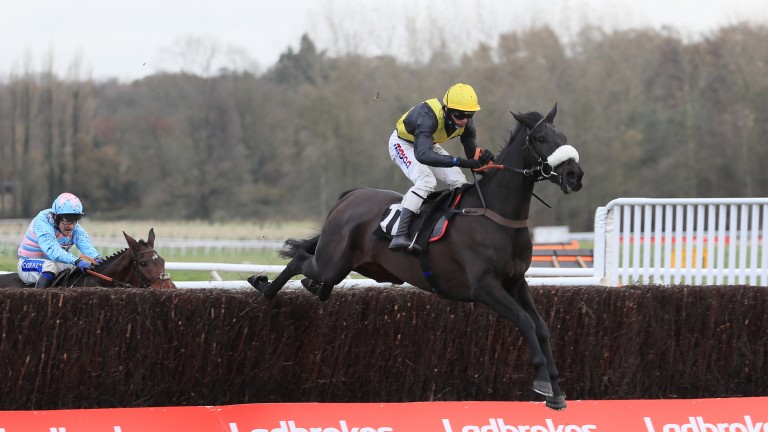 Harry Derham has never known his boss, the training colossus Paul Nicholls, have a day off sick, but the Ditcheat operator, who has been under the weather, will hopefully have been perked up by the special success of Kapcorse in the Sir Peter O'Sullevan Memorial Handicap Chase.

It was a result forecast by legendary 20-time champion jockey Sir Anthony McCoy, who rode the eight-year-old in a gallop at the track last week.

McCoy used to ride for Kapcorse's owner JP McManus, who is always keen to win the race that honours his dear friend, whose famous black and yellow silks were sported by Harry Cobden on the gelding.

"Paul's just unwell," said Nicholls' assistant Derham. "It's very unlike him to miss a day like this, which just goes to show how bad he is.

"Kapcorse has not been a very easy horse to train, hence the massive absences through his career, but on his day he's talented.

"Mr McManus has been so patient and you've seen today why we'd bothered to be so patient. It's brilliant to see Sir Peter's colours in the winner's enclosure and, in fairness, AP [McCoy] rode him in work last week and said he'd win this, so obviously he's still a decent judge."

There was a further fillip for Nicholls in the final race on the card, the 2m½f handicap chase, as his four-year-old Il Ridoto ran away with the prize, scoring by six and a half lengths. 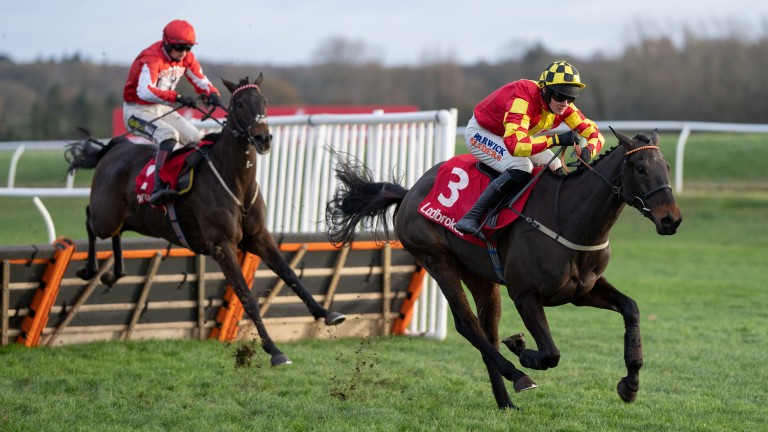 The intermediate hurdle known as the Gerry Feilden might have derailed any Unibet Champion Hurdle ambitions for beaten favourite Soaring Glory, but connections of Onemorefortheroad can dream of bigger and better things.

He runs in the colours of Rupert Dubai Racing and is trained by Neil King, who said: "We've always thought the world of him, but my horses were badly out of form last season.

"His homework is so, so good and he was the only horse last season who could go with dear old Lil Rockerfeller."

The Betfair Exchange Trophy at Ascot on December 18 is, ground permitting, next, and King added: "The way the owners party after a win, he couldn't be better-named!"

Newcastle: Gutsy Aye Right finally has his day to the delight of Graham and Bewley

FIRST PUBLISHED 6:00PM, NOV 27 2021
Coming back in and thinking we've a horse like this is amazing. I've such admiration for him