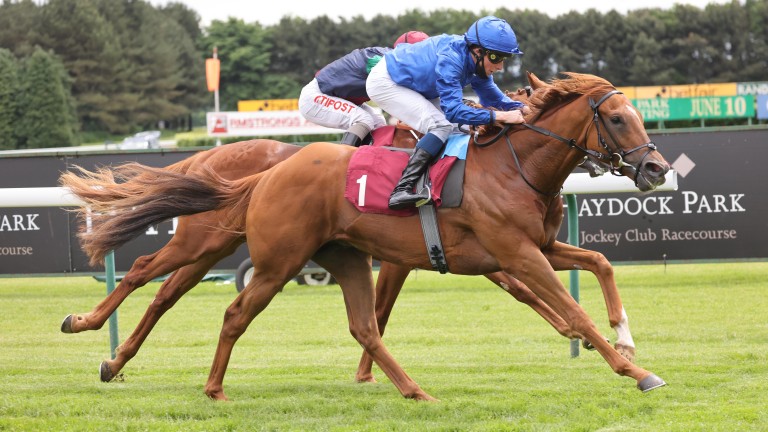 Albahr: "Once he got upside the eventual second, I was always half confident he'd put his head in front"
John Grossick (racingpost.com/photos)
1 of 1
By David Carr UPDATED 8:47PM, JUN 9 2021

Derby-winning trainer Charlie Appleby remains in top form and struck with just his second runner since his memorable weekend at Epsom and abroad.

Albahr scored a narrow success in the two-year-old 7f race for a man whose Adayar triumphed in the Classic just a few hours before Althiqa led home a stable 1-2 in Grade 1 company at Belmont Park in the US last Saturday.

"It's been a great week," Appleby said. "Last Saturday was fantastic for the whole team. Long may it continue, we'll try and keep the winners rolling."

Albahr headed Whitefeathersfall close home under William Buick and Appleby added: "The first two have pulled well clear. Once he got upside the eventual second, I was always half confident he'd put his head in front. 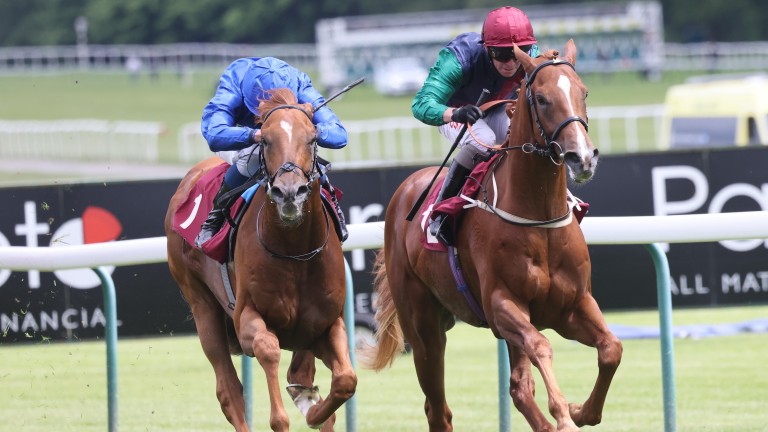 "We've got no lofty targets for him. He won't be going to Ascot, but we may look at something more towards the July meeting."

It will be a very small two-year-old team for Appleby at Royal Ascot, with his only juvenile runner likely to be Yarmouth winner New Science in the Chesham Stakes.

He said: "A bit like last year the two-year-olds, with those sorts of pedigrees, are taking a bit of time coming to hand. You'll see them kicking into gear in late June and into July."

Buick also led close home on the unbeaten Mandoob – his only other ride of the day – in the 1m3½f novice.

The winner made it two wins from two starts and trainer Brian Meehan said: "He's very good, I've always thought a lot of him. We made a loose plan three or four weeks ago to come from Lingfield to here and then go for the Bahrain Trophy.

"He's a very talented, scopey horse with a big future. I can see him getting further in time as well." 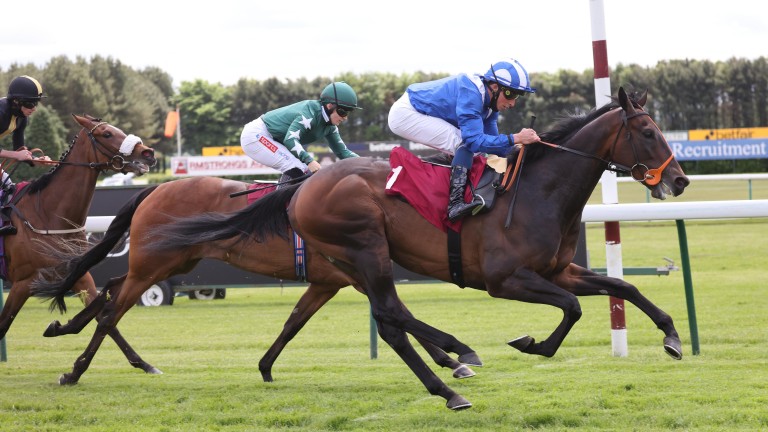 The unbeaten Mandoob tees up a double on the day for William Buick
John Grossick (racingpost.com/photos)

Kevin Ryan sent out his first winner for Dubai-based owners Emirates Park when Sadmah made a successful debut in the 6f fillies' novice.

"I'm delighted with that," said the trainer's son and assistant Adam Ryan. "She's a filly that had been showing the right signs at home but it's the first day at school and she was in the stalls a long time.

"It's our first winner for Emirates Park and I hope she has a bright future. She looks like a filly who will do better in time, her pedigree suggests that."

While Sadmah will not head to Royal Ascot, the yard will send a "select" team of two-year-olds to the Berkshire track next week.

Adam Ryan added: "Boonie, who finished second in the Edinburgh Castle, will go for the Norfolk or the Windsor Castle. Mas Poder, who was fourth in the Marygate, will probably go for the Queen Mary and Anadora, who was third at Newmarket, will run in the Albany." 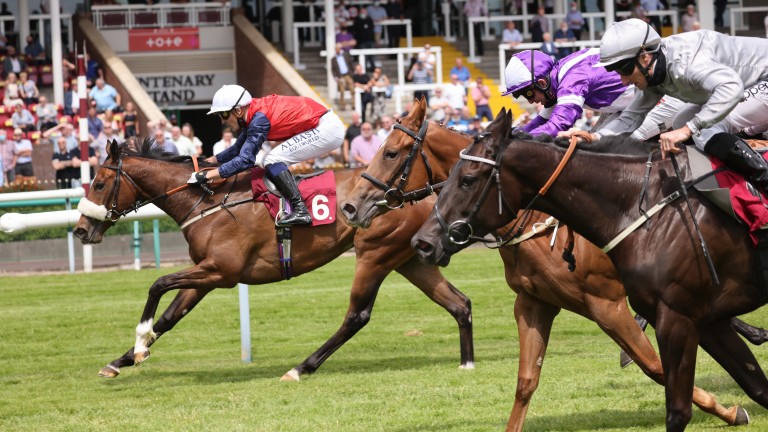 Sadmah (No.6) makes a winning start to her racing career
John Grossick (racingpost.com/photos)

Pivoine won his first race since the 2019 John Smith's Cup when landing the 1m2f handicap under Silvestre de Sousa.

The jockey said: "He's a great servant and it’s been a while since he last got his head in front. I hope this can build his confidence."

FIRST PUBLISHED 5:30PM, JUN 9 2021
Last Saturday was fantastic for the whole team. Long may it continue, we'll try and keep the winners rolling

'What a filly' - Wonderful Tonight a Royal Ascot first for delighted connections Doyle Force: Creative rider off the mark for the week as Appleby bags a 1-2 'My foot got caught in the stalls and twisted round' - Kevin Stott faces layoff 'Challenging horse' Kemari solves his trickiness puzzle with impressive success Leading rider Kevin Stott to miss key rides at Royal Ascot after ankle injury Second royal winner for Hollie Doyle on 33-1 chance Amtiyaz in Copper Horse