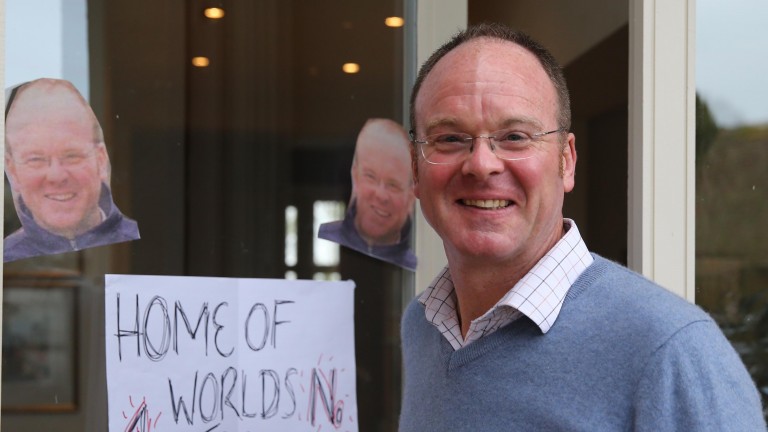 Richard Newland: bagged a Uttoexter winner with I'm So Busy
John Grossick (racingpost.com/photos)
1 of 1
By David Milnes UPDATED 10:03AM, JUN 17 2021

After likely second favourite Swedishhorsemafia was ruled out in the morning, the grey was backed into 2-9 (from 2-5) and won like his odds suggested he might when making all to sink Helford River.

I’m So Busy has some decent bits of form to his name and looks the sort who could well run up a sequence through summer as he bounced off the fast ground.

Twiston-Davies said: “That wasn’t a strong race but hopefully he can build on this now that he’s got his head in front.

“He’d been schooling well at home recently and he jumped nicely. I think the plan is to keep him going through summer.”

Newland and Twiston-Davies were favourites to land the 2m selling hurdle but their representative High Change had no answer to the late surge of the gambled-on Malina Ocarina.

Backed from as big as 9-1 in the morning into 16-5 at the off, the six-year-old extended the good run of trainer Gary Hanmer and jockey Brian Carver who were also among the winners at Stratford on Tuesday.

Jimmy The Digger lived up to his name with a gallant front-running victory in the 2m4f handicap hurdle under Tom O’Brien.

The 5-1 chance added to the good recent run of Henry Daly, who struck with The Wrekin at Hexham last weekend.

Trainer David Rees was fined £290 by the stewards for failing to notify the BHA Racing Calendar Office that Kingston King, who finished third in the closing novice handicap hurdle, had undergone wind surgery until after the gelding had been declared to run.

FIRST PUBLISHED 6:00PM, JUN 16 2021
He'd been schooling well at home recently and he jumped nicely. I think the plan is to keep him going through summer

Speed camera has Richard Newland aiming to make bookmakers pay the penalty Richard Newland may hold Plate key with 'complete revelation' Captain Tom Cat One trainer, one jockey, one horse and one race to watch on Saturday