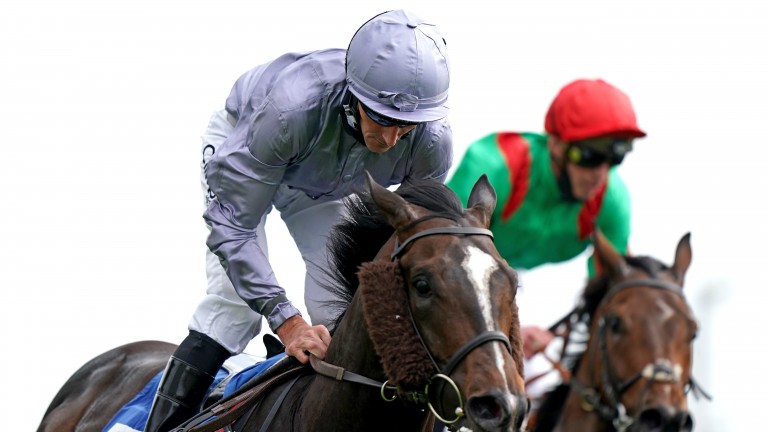 Space Traveller, winner of the 2019 Jersey Stakes, showed there is still plenty of life in him with a last-to-first victory in the Listed Sky Bet Ganton Stakes.

The Clipper Logistics-owned five-year-old had run only once since finishing sixth in last season's Queen Anne Stakes but overhauled free-going Azano in the last half-furlong for a length and a quarter win under Danny Tudhope.

"It's good to see him back," said trainer Richard Fahey. "I was a bit worried about very fast ground but they've done a fantastic job and it's great to see him stretch out.

"He hadn't run for so long but he'd been working well and if he hadn't run well today we were in trouble.

"He's had a little problem with a knee. it's all settled down and I've just got to protect him and keep him off very fast ground."

Space Traveller was cut in price for the Sussex Stakes but the trainer believes the Boomerang Stakes, which his owner sponsors and he won in 2019, could be his race.

Fahey also took the 7f handicap with Gabrial The Wire and went to £28,000 to keep Tareekh after a lively auction following his selling success.

He said: "I tried to explain to the owner what was happening and he just said 'buy him back.'"

Julie Camacho landed her biggest prize of 2021 when Shepherds Way led close home under Paul Hanagan in the £34,000 fillies' handicap.

The trainer's husband, Steve Brown, said: "The horses were very slow to come to hand, so we didn't pressure them much in May.

"Hopefully, we're starting to see a bit of benefit from that now. I'm hoping there's going to be a slow gathering of momentum."

Stablemate Separate will bid for an even bigger prize in the Kensington Palace Stakes at Royal Ascot on Thursday, and Brown said: "She ran very well for us first time at Nottingham, and she came home in season after being very disappointing Ascot, so we've forgiven her that." 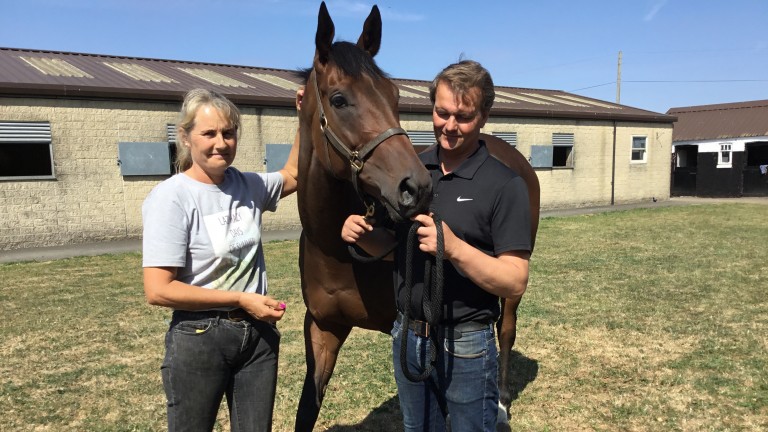 Many racegoers may take advantage of new-found freedom and go racing at York on both Friday and Saturday – and Civil Law could join them.

Having landed the 1m2½f handicap here under Ben Robinson, he may bid to defy a 5lb penalty for Sarah Bowen in the Queen Mother's Cup for women riders' on Saturday, when success earns the jockey her weight in champagne.

Though it was only by a nose that Civil Law followed up last month's Newcastle win, Ellison said: "He could have done with a better gallop. Ben said they probably didn't go quick enough for him." 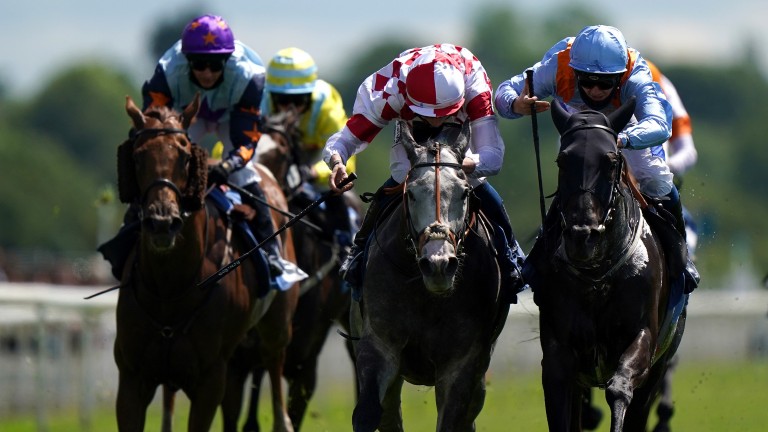 Jadhlaan made it third time lucky with an impressive two-and-three-quarter-length win in the two-year-old novice event.

But it was too late for the Shadwell Estate colt, a beaten favourite on his first two starts, to book a place In Mark Johnston's Royal Ascot team.

"Shadwell have a rule that they don't like them to run within a fortnight," the trainer said. "If he'd won the way we thought he would last time, then he'd have been going to Ascot instead of here."

Racing Post exclusive offer. New customers can get £30 in free bets. First single & e/w bet only. Odds of 1/1 or greater. 6 x £5 bet token. Free bet stakes not included in returns. Free bets redeemable on horse racing only. Free bets are non withdrawable. No free bet expiry. Eligibility restrictions. Further T&Cs apply. 18+. begambleaware.org. FIRST PUBLISHED 6:00PM, JUN 11 2021
He's had a little problem with a knee, it's all settled down and I've just got to protect him and keep him off very fast ground