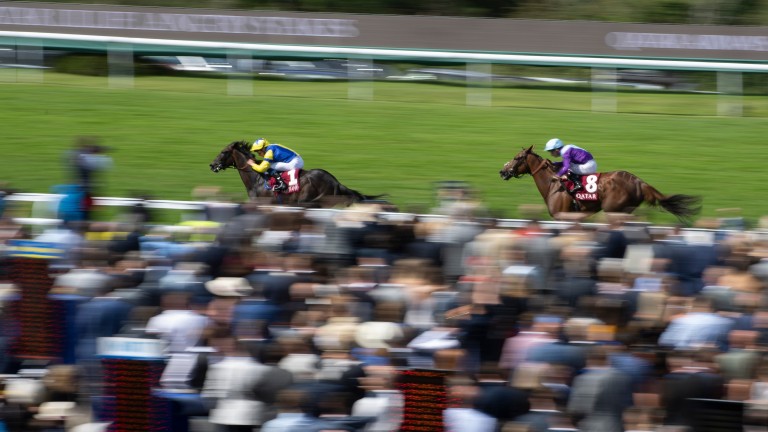 What a perfect dress rehearsal for a wedding: there were one or two slightly hairy moments but everyone was smiling at the end and the happy couple have an exciting future to look forward to.

William Buick gets married to partner Jane Duncan on Sunday and he will hope things turn out as well as they did 24 hours earlier in the Qatar Lillie Langtry Stakes, with the romantic dream of success in the Prix de l'Arc de Triomphe very much alive for trainer David Menuisier and owner Christopher Wright.

Their star filly Wonderful Tonight had her Longchamp odds cut to 7-1 (from 8-1) by Paddy Power after a two-length Group 2 success that made it five wins in her last six appearances.

Yet last month's 1m4f Hardwicke Stakes winner was notably keen on her return to racing against her own sex and, stepped back up to 1m6f, the 4-5 favourite had to be kept up to her work after hitting the front more than three furlongs out, although she always looked likely to hold off 16-1 chance Tribal Craft. 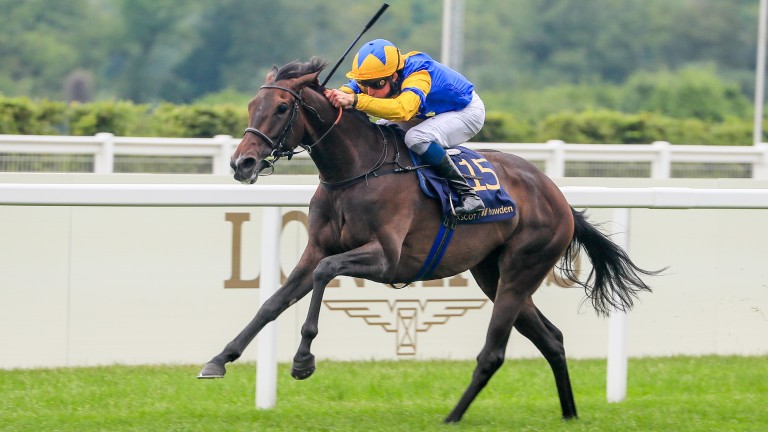 Buick felt Wonderful Tonight's stamina was being stretched and said: "It's a mile and six. I know she's won before at it in Paris last year but I think she's got a bit speedier now.

"They went slow and she took it up a fair way out. She's very good, so she won, but it stretches her stamina. It's a long way in this ground. She's a magnificent filly; she's a proper middle-distance, Group 1 filly."

"It's not her trip, so I'm delighted that she won," added Menuisier. "She was in control of the race throughout. The filly was a bit keen but her class is above the rest of the field and that made her win. I think she won like a good horse.

Plotting a path to the Arc, Menuisier said: "I think she'll probably have a run either in the Yorkshire Oaks or at Deauville in the Pomone and then she's likely to go for the Vermeille, then the Arc."

Buick himself is likely to be riding Godolphin's Adayar or Hurricane Lane on the first Sunday in October but Wonderful Tonight will not be left waiting at the church.

Owner Wright said: "We do have ideas of French jockeys for the Arc and we may have to go that route. Oisin would have been on board last week but he's already booked for a ride. Having a French jockey gives us a reason to run her in the Vermeille, so the same jockey can then ride her in the Arc."