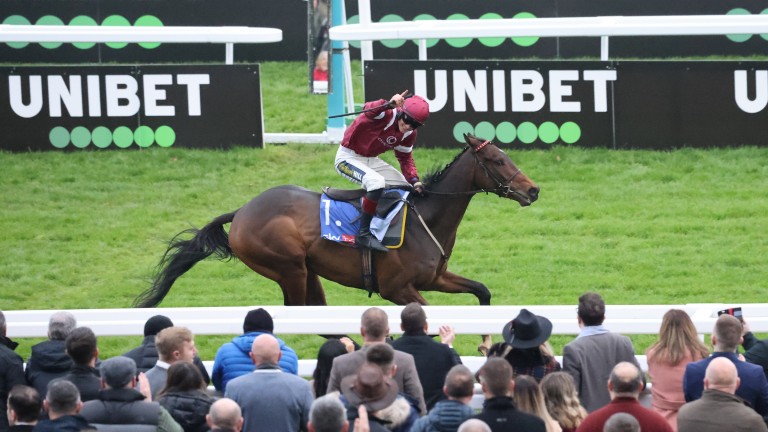 I Like To Move It: landed the Greatwood Hurdle at Cheltenham
John Grossick (racingpost.com/photos)
1 of 1
By James Burn UPDATED 5:56PM, NOV 13 2022

An idyllic steam train ride to Cheltenham fuelled a dream for Anne-Marie and Jamie Shepperd and although I Like To Move It's past accomplishments had already helped them realise it, he took their ownership experience to new heights when staying on stoutly to land the Greatwood.

Aptly, their pride and joy was welcomed back into the winner's enclosure to the sounds of a well-known song matching his name and he did so after putting five and a half lengths between himself and the 4-1 favourite Gin Coco.

Returning at 17-2, I Like To Move It should have been on punters' shortlists after a fruitful campaign last season when he won the Grade 2 novice hurdle on this card before finishing second in the Betfair Hurdle. 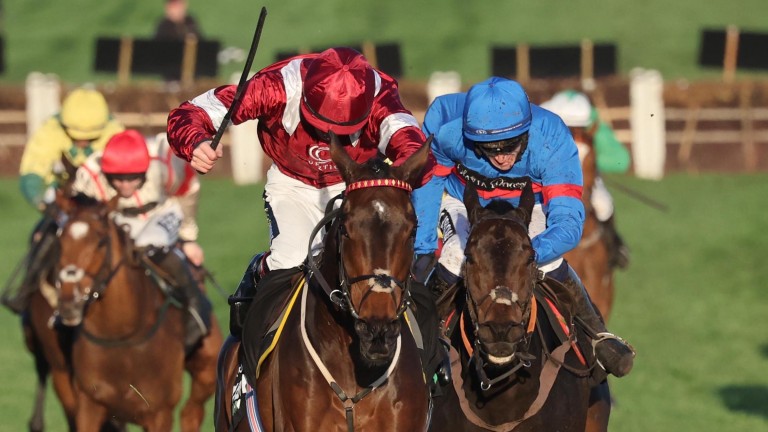 I Like To Move It: set to return to Cheltenham for next month's International Hurdle
John Grossick

He looks a future chaser and paddock watchers observed he appeared ready to do himself justice, which he did under Sam Twiston-Davies, whose father Nigel trains the five-year-old.

Shepperd, who works in wealth management, boasted arguably the biggest smile in Gloucestershire and said: "I'm absolutely over the moon. This is only our third season of owning horses and it was a long time coming.

"We'd come to Cheltenham just as punters and fans and I was walking up the hill with Anne-Marie one day after we arrived on the steam train and we said the next best thing would be to own a horse, one who could come and run here. Then, of course, the next best thing after that would be to have a winner here and he's delivered that – it's his third win here.

"He's only five and he's carried top weight there and destroyed the field, beating some good horses."

Unibet sponsor next month's International Hurdle back at Cheltenham, which is where I Like To Move It will likely head next, but they also sponsor the Champion Hurdle, which has its market dominated by the towering figures of Constitution Hill and dual winner Honeysuckle.

Shepperd, however, is not running scared.

The owner, bitten by the bug so much he has just bought a farm to start a breeding operation, added: "He's finished his handicap days now, which is what you dream about, isn't it? It's about the next level now, so we'll look at the International as he does like Cheltenham. 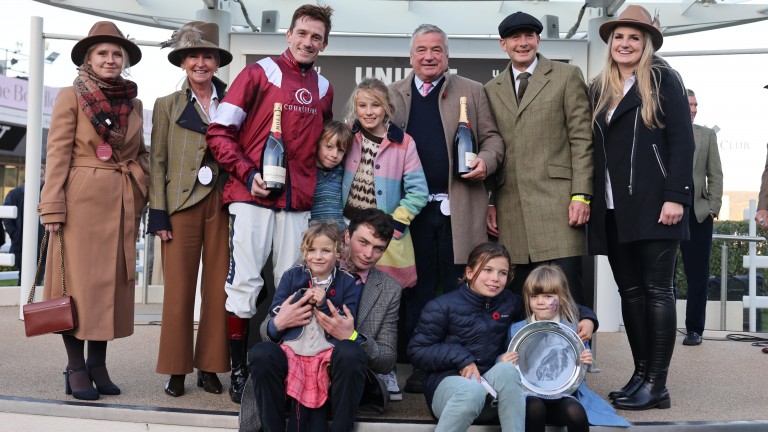 "We'd love to be at that Champion Hurdle level and be part of that in March, and we think we can with him – we really do. He's grown into his frame after a good summer off. He didn't turn up for the festival when he was down the field in the County Hurdle, but he'd had a hard race in the Betfair Hurdle at Newbury – he'd have won that in the next stride."

Sam Twiston-Davies is a paid-up member of the fan club too.

"To lump 12 stone around and get it done and do it the way he has done is a fair effort," he said. "I'm delighted with him. He has been exciting since day one and we can really start to dream now." 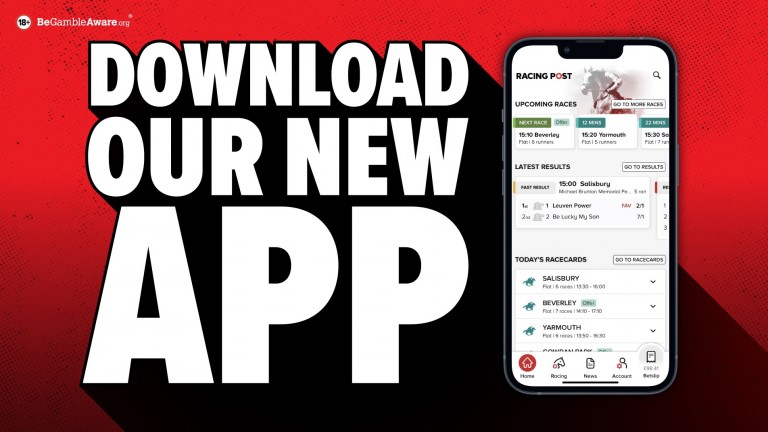 We have an all-time great here - so why are we obsessing over the challenger? 'It was a freak thing' - injury woe for Cheltenham Festival-winning jockey 'It's a race of huge significance' - Sam Thomas chasing more Newbury glory 'We hope he shows the world what he can do' - Facile Vega camp eye up big season Snowden hoping local council helps him take next step with another Lambourn yard Bidding to make history: punter chases unprecedented Scoop6 haul