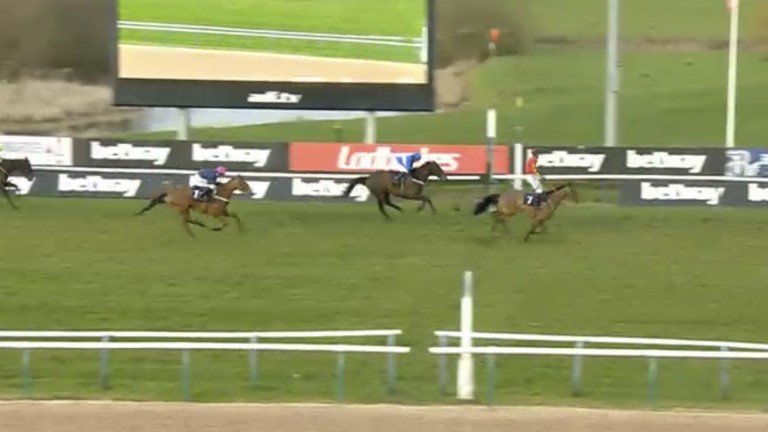 A jubilant Paddy Brennan celebrates a surprise victory aboard Minella Tara at Southwell
1 of 1
By James Stevens UPDATED 6:55PM, FEB 22 2021

Paddy Brennan could not resist a spontaneous celebration after enjoying one of the most unlikely winners of his career when Minella Tara came from nowhere to win at Southwell having reached a high of 999-1 in running on the Betfair exchange.

The Fergal O'Brien-trained six-year-old looked destined to finish third when jumping the penultimate flight, with the 11-10 favourite Can You Call travelling smoothly in front and hitting as low as 1.03 in running.

3.50 Southwell: watch the astonishing finish to the race

But Brennan was on a horse he knew well, and when he asked for an effort it came, with Minella Tara winging the last and powering to the line to win by two lengths.

The jockey stood up in his irons after a victory that gave him a mighty thrill, especially as he had escaped a nasty fall only an hour earlier. 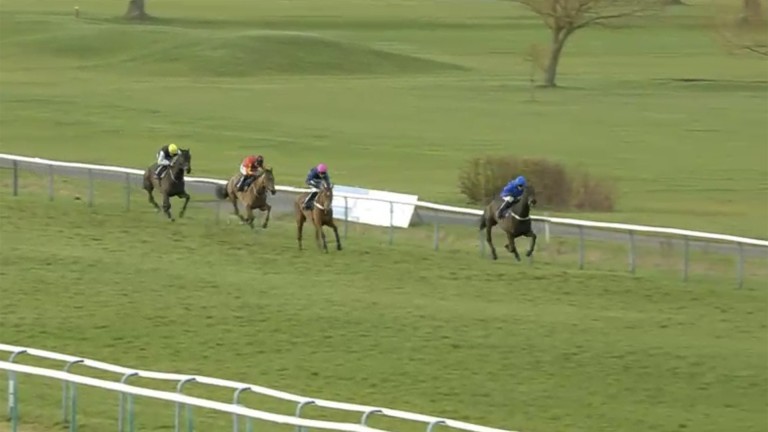 "I was thinking turning for home we'd be happy to be third or fourth but I got a sniff coming to the last – I got some kick out of that," Brennan said to Sky Sports Racing. "That's Fergal's horses, they hit the line hard and they're never really beat.

"I was so lucky to get up [after Yauthym's fall] and that the horse is all right. Mammy always told me not to be soft."

The win raised Fergal O'Brien's tally for the season to 80, and the trainer said: "That would have meant a lot to Paddy – he took a horrendous fall and that was for good friends of his [Graham And Alison Jelley] and he also did the pre-training of Minella Tara. You just can't write him off, can you!"

FIRST PUBLISHED 4:52PM, FEB 22 2021
I was thinking turning for home we'd be happy to be third or fourth but I got a sniff coming to the last