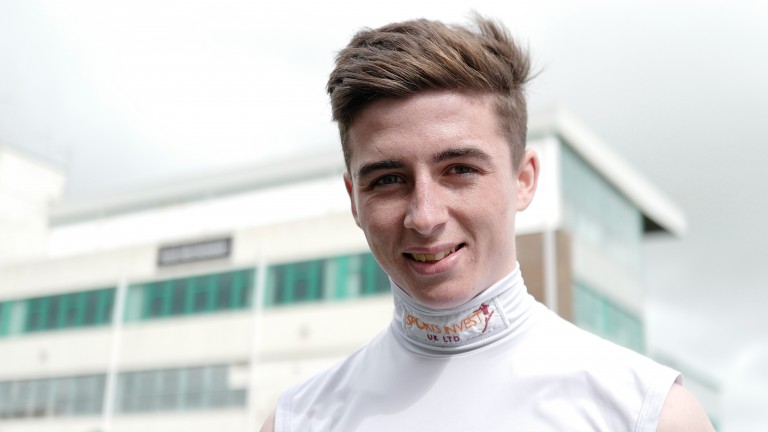 Rossa Ryan capped a memorable 24 hours as he hit 100 winners in Britain for the year just a day after riding in the Prix de l'Arc de Triomphe for the first time.

Ryan achieved the milestone aboard the 5-2 favourite Tiempo Star for Ralph Beckett in the mile nursery, with the two-year-old overcoming inexperience under a powerful drive to score by a short-head.

Ryan said: "He had a bit of a scare going into the dip and down the hill, but as soon as I got him balanced up the straight and laid into him he really did find. He's still a big baby but I imagined there'd be more to come from him."

The 21-year-old has enjoyed a breakthrough season including Group 2 victories in both Ireland and Britain courtesy of Go Bears Go and Hello You for his retained owners Amo Racing.

On achieving a century of winners for the first time, he added: "My agent [Steven Croft] and I set that as a goal at the start of the year, and he has done very well to get me there."

Ryan, who endured a tough start to the season, missing a first ride in the Derby through a collarbone injury as well as the entirety of Royal Ascot through appendicitis, added: "I can't thank the owners and trainers enough for all their support.

"I probably missed a vital six weeks and when I came back, they've all been there to have me back. I'm very grateful and hopefully I can keep it in the hundreds every year.”

Asked if he could potentially launch a title challenge next season, Ryan said: "Maybe one day it would be a dream come true. If you don't want to be champion jockey, there's no point being in the game."

Also making a successful journey back from Arc duties was Oisin Murphy, who steered the Archie Watson-trained Miquelon to a two-length success in the mile handicap to make it back-to-back wins at the track.

Charlie Appleby looks to have another smart two-year-old on his hands after Nations Pride ran out an empathic winner of the mile novice stakes, showing smart turn of foot.

Winning rider William Buick said: "It was a nice performance. I got him ready for the downhill section and the turn because it can catch an inexperienced horse out. He glided down there, which you don't see very often – he really lowered down and quickened. He's definitely a nice horse and a very good mover."

Sir Mark Prescott brought up a 40th winner of the year in style as 14-1 Bodyline landed the feature 1m4f handicap under Luke Morris by a neck. Prescott has been operating at a tidy 36 per cent strike-rate for the past 14 days.

FIRST PUBLISHED 6:28PM, OCT 4 2021
If you don't want to be champion jockey, there's no point being in the game