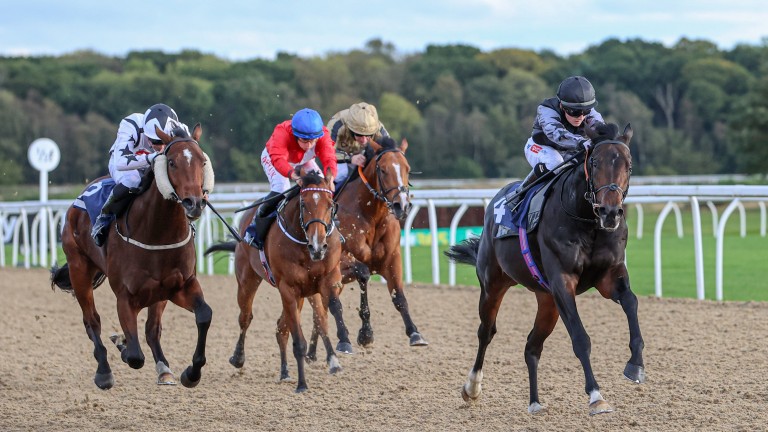 Hollie Doyle continued her remarkable season by landing her 150th winner of the year on the Richard Spencer trained-Space Cowboy.

Fresh from Champions Day glory, Doyle made all to land the 6f conditions stakes, the first fast-track qualifier of the season.

“Unfortunately, we can't get to use her as much as we'd like to because she's in such popular demand”, Spencer said of the Group 1-winning jockey. “She's a fantastic rider and a lovely person, so down to earth and tries her best on every horse she rides.

“She's a credit to the sport and a role model for the younger generation – you can't praise her enough.”

A trip to Royal Ascot has been pencilled in for the son of Kodi Bear after his half-length success over the Group-placed Eldrickjones.

Spencer added: “He's going to be a very nice three-year-old, he's very smart, and we'll probably look at the Commonwealth Cup at Royal Ascot and work back from there.

“We've always held him in very high regard. We wanted to give him another run to get some experience, hence why we targeted this race.”

Another smart juvenile for Watson

Doyle started her memorable day aboard Verona Star when battling to a neck success over the Phillip Makin-trained The Menstone Gem in the 7f novice.

FIRST PUBLISHED 6:11PM, OCT 19 2021
She's a credit to the sport and a role model for the younger generation - you can't praise her enough