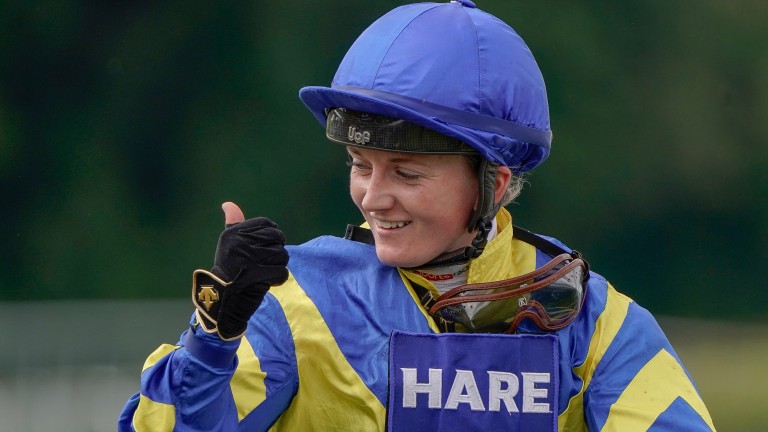 Hollie Doyle lights up day one of Glorious Goodwood
Alan Crowhurst
1 of 1
By Matt Butler and Jonathan Harding UPDATED 8:55AM, JUL 28 2021

Hollie Doyle shone on the opening day with a 122-1 hat-trick, headlined by Goodwood Cup hero Trueshan.

Doyle then followed her big-race triumph on the Alan King-trained stayer with two more victories, firstly on sprinter Lord Riddiford for John Quinn.

Quinn's horses had been running with remarkable consistency coming into Goodwood and that was evident as Lord Riddiford led home stablemate El Astronaute in the 5f handicap.

The trainer won the race with El Astronaute in 2017 but this time it was the turn of the six-year-old.

A jubilant Doyle, who described the atmosphere as electric at the Sussex course, said: "He's a very good horse on his day, he loves the conditions and the race was run to suit.

"Once he was balanced and I latched on to Joe Fanning [rider of the third Desert Safari], it was all just a matter of getting out really. He's hit the rising ground and really shot clear.

"He's seen it out really well. He's been ultra-consistent throughout the winter and he's been a good flagbearer for the yard. John's horses are in great form at the minute." 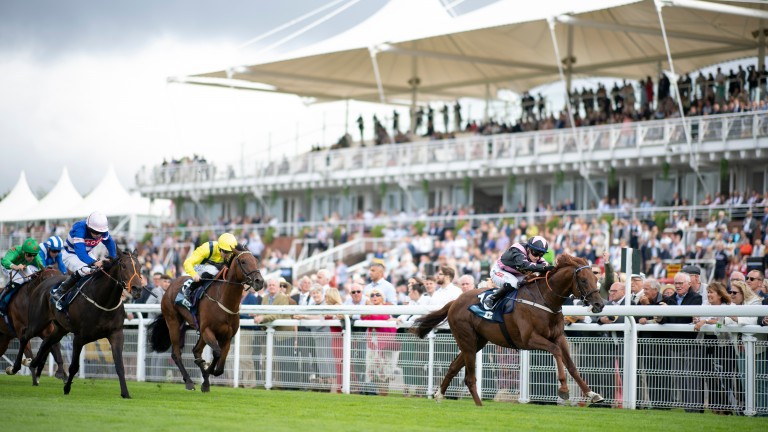 The record-breaking rider completed her near 123-1 treble on Sisters In The Sky, her first ever winner for Roger Teal. The pair teamed up to win 6f maiden and further enhanced the form of a hot Newbury novice contest run at the start of the month.

It was also a big win for David Gilmour and James Dellaway, new owners to Teal's Lambourn yard, and the trainer said: "Hollie Doyle has never ridden a winner for me before but what a way to get off the mark.

"It's brilliant, it's a fantastic result. We were a bit concerned when we saw the forecast and the ground changed, but we decided to give it a punt.

"He'd run two solid races. The race at Newbury has worked out perfect, the second won at Salisbury by a couple of lengths the other night and the third came and won by four lengths at Windsor last night so the form gave us confidence coming into today."

David Menuisier lived every moment of the finish as he clapped and stomped Migration home in the Unibet-sponsored Chesterfield Cup.

The trainer was not given too much cause for concern as the 2-1 favourite stretched two lengths clear of Caradoc under William Buick.

"You don't make plans when you have a jockey like William," he said.

"He probably knew Migration had plenty in the tank, else he might have gone a bit sooner. They couldn't have won any easier.

"Migration stripped a lot fitter for his second run of the year and I think he'll just keep improving. He can be a bit funny with other runners around him but gets out of trouble with his turn of foot."

FIRST PUBLISHED 6:31PM, JUL 27 2021
Hollie Doyle has never ridden a winner for me before but what a way to get off the mark