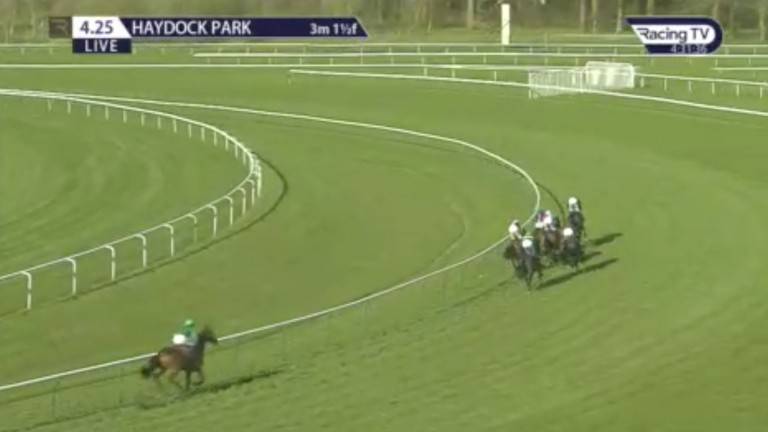 Snuff Box: was ridden and becoming detached on the turn into the home straight at Haydock
Racing TV
1 of 1
By David Carr UPDATED 7:33PM, APR 3 2021

Some punters enjoyed a holiday windfall at Haydock on Saturday when Snuff Box scored the most unlikely win in the veterans' chase after £281 was matched on him at the maximum 999-1 in running on the Betfair Exchange.

He came from a hugely unpromising position to lead close home, having jumped the last fence in fifth place under Charlie Deutsch, who admitted: "I did think of pulling up because I thought 'he's lost his confidence, he could fall at the next'.

"I knew I had plenty left in the tank but his jumping was so bad. I thought I'd just squeeze him along and see where we end up. They stopped up the straight and he's motored home.

"It was about the third-last I first thought he might win. He likes the better ground but he takes time at his fences, he's not the best jumper when he's in close. But it worked out in the end." 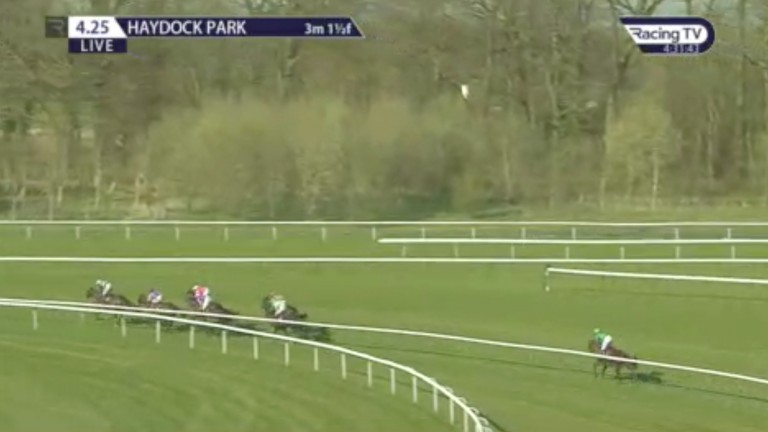 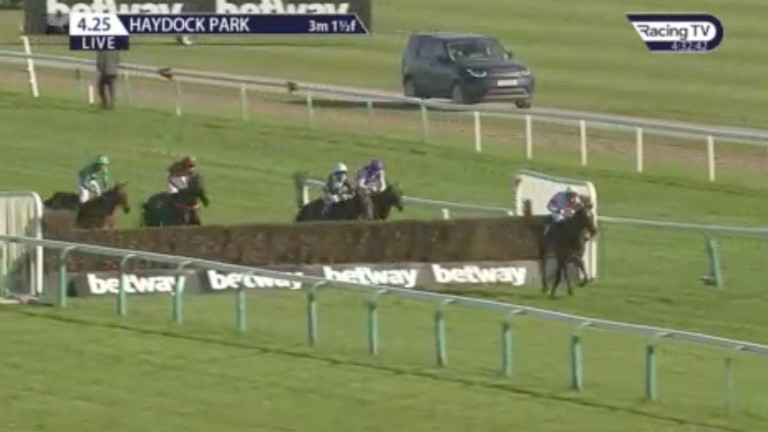 Back in the picture: Snuff Box (left) is motoring approaching the last fence and seemingly has a chance
Racing TV 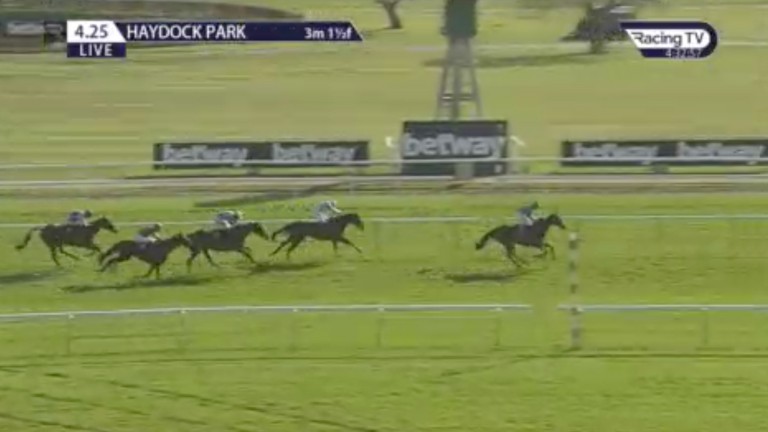 Notching a second big Saturday winner in a row was great news for Christian Williams. If he makes it three next weekend it will be career-defining.

The trainer underlined the good health of his South Wales yard ahead of Potters Corner's bid for the Randox Grand National by landing the 2m4f chase on Challenger Series Finals day with the progressive Five Star Getaway.

"We try and get Saturday winners," Williams said. "Kitty's Light won a nice race at Kelso last week and is favourite for the Bet365 Gold Cup and now Five Star Getaway has got another Saturday off and running.

"Now it goes on to Potters Corner next week. He's in good form and did a lovely piece of work on Friday so we're very excited. The season's been geared towards the National."

Five Star Getaway will have even bigger prizes in his sights after following up last month's Wincanton and Sandown victories with a smooth five-and-a-half-length success under Jack Tudor.

"I was a bit worried about the ground but he's a horse we've liked from last season," Williams said. "They don't always go and do what you hope but we think he's a very nice horse. We're looking forward to him going in to next season as well.

"The handicapper's not missing us but it looked like there was plenty of movement in his mark after Wincanton. He showed that at Sandown and he won well again today. 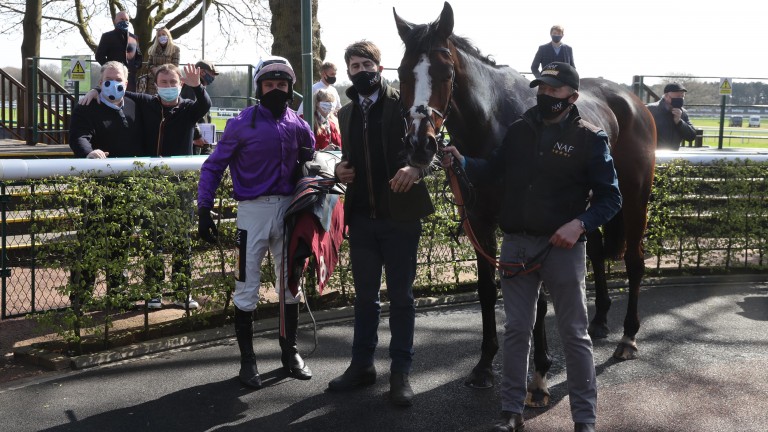 "There's a nice race at Punchestown for him, there's another at Sandown on bet365 Gold Cup day and there's a one for him at Ayr so there are plenty of options."

Williams praised the Challenger Series concept and said: "We try to aim at the qualifiers – we've gone for an eight-runner race today with £18,000 for the winner and it's great that they put it on."

Sue Smith also advertised her good form ahead of Aintree when Small Present led close home under Ryan Mania to complete a hat-trick in the 3m½f handicap hurdle.

"I thought we'd just been touched off," the trainer said. "He's learnt his trade and he's become very professional at it. There's a possibility he could run again but he's quite tired today. " 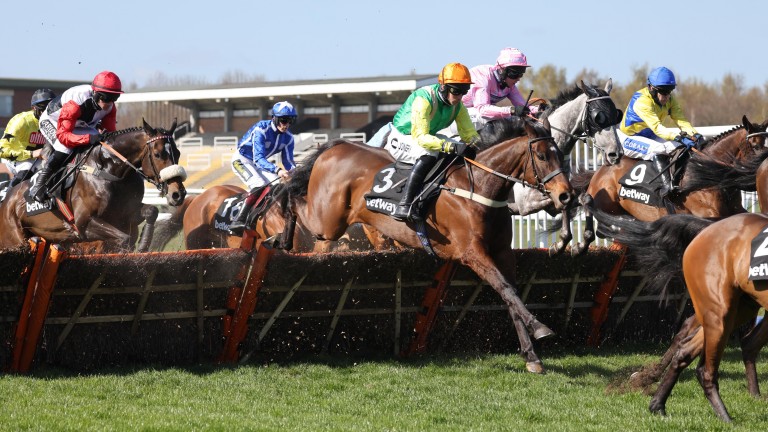 Stablemate Midnight Shadow is earmarked for Friday's Marsh Chase (registered as the Melling Chase) and Mania said: "He bypassed Cheltenham so he goes there a fresh horse. I looked at the entries and there are some very good horses in there but it's winnable."

FIRST PUBLISHED 5:52PM, APR 3 2021
I did think of pulling up because I thought 'he's lost his confidence, he could fall at the next'