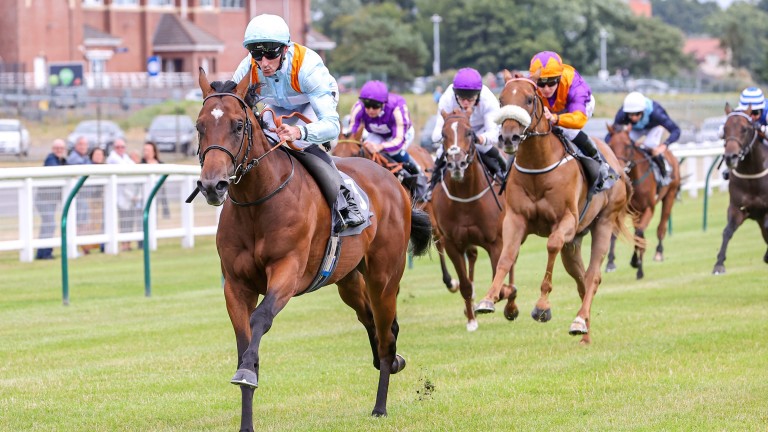 It did not take long for the Racing Post analysis team to identify Dynamic Force as the card's star performer after his winning debut in the 5½f maiden.

His trainer Robert Cowell is also a member of the juvenile's fan club even if he had some concerns about his runner's lack of experience.

"He's an exciting horse, but he's still got a bit to learn," Cowell said after watching the 9-2 shot, who races in the familiar pale blue of Middleham Park Racing, stroll home by four lengths under Danny Tudhope.

"He'd shown enough at home, plenty to be honest, but he's so laid-back, which was a little concern of mine and that's maybe why he was a longer price than he should have been. 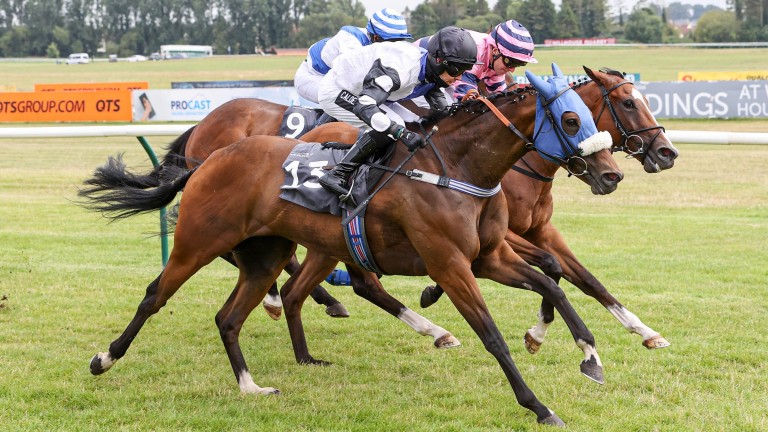 "His stride is quite eyecatching and he seems to do everything effortlessly as you could see with Danny, who didn't have to give him any urgings."

Dynamic Force is "pretty high" in Cowell's two-year-old pecking order and the trainer added: "He's the full package. He's got the looks, as well as the physique, a great attitude and, hopefully, the engine."

Linda Perratt, based on the outskirts of Glasgow, saddled just her second winner of 2021 when Lucky Violet caused a 33-1 surprise in the mile handicap.

"I think we were screaming like banshees," the trainer told Racing TV.

"We're just so pleased for the Honourable Heather [Galbraith] as it's a while since we've had a winner for her."

Trainer views and tipster analysis before an ultra-competitive Ayr Silver Cup One trainer, one jockey, one horse and one race to watch on Saturday Ayr Gold Cup day crowd capped at 12,000 as course struggles with staff shortage Who made the cut? Confirmed runners and riders for Saturday's Ayr Gold Cup Recent recruit Man Of The Night out to continue successful trend for O'Meara