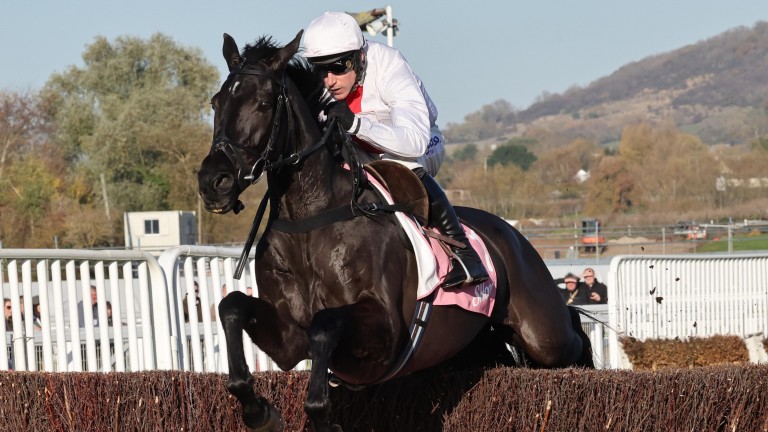 You might not think one can learn much from a horse winning at 1-10, but owner Terry Spraggett was impressed enough with the easy victory of Nube Negra in the Shloer Chase to start thinking of Champion Chase glory – again.

Trained by Dan Skelton and ridden by his younger brother Harry, Nube Negra had little trouble dismantling his two rivals in the Grade 2 contest, which was robbed of considerable interest when Arkle winner Edwardstone was ruled out because of quick ground.

Conditions were, however, perfect for Nube Negra, who was a close second in the 2021 Champion Chase but did not run in March's renewal when the heavens opened.

He is as big as 33-1 to win the Betway-backed day two feature at the festival this season and the owner said: "That was nerve-racking. It's much easier to watch when you might just have a chance, rather than having a class act.

"He couldn't have done anything better and I think our preparation has been second to none. My daughter Jasean did the schooling with him at home before he went to Dan's – we have him at home in the holidays.

"Jasean did a lot of work on him and I think you can see that there with how balanced he was. She knows what she's doing from hunting and showing."

Next month's Betfair Tingle Creek is not on Nube Negra's agenda and Spraggett added: "We'll celebrate today because that pressure is tough enough. We'll have a chat next week and might bring the horse home for a week – he wouldn't have far to go because we only live in Broadway [near the course].

"Then we'll have a chat about whether we go to Kempton over Christmas for the Desert Orchid Chase."

One target that is firmly in the diary is the Champion Chase.

"We were second and then didn't run in it – it's a very itchy scratch, very itchy," said Spraggett, who runs a construction business. "We came close and the weather in March was just unfortunate.

"He's good enough for it and he was ready to ping last season against Energumene and the rest of them." 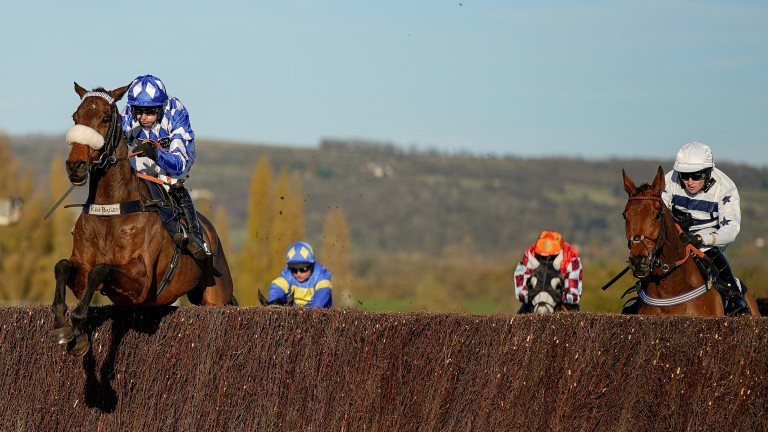 A bold ride by David Bass helped Does He Know – a favourite at Kim Bailey's yard – oblige in the 3m3½f handicap chase.

The horse comes, in the words of his jockey, with quirks, but the trainer would not hear a bad word against him.

"I'm absolutely thrilled," said Bailey, who trains Does He Know for the Yes He Does Syndicate.

"We came here to let him enjoy himself and you could see, when David got confidence in him, he – as usual – started firing him at every bloody fence possible! He's a tough individual, who has no right to be a racehorse, as he has no pedigree."

Bailey thought Bass would be up for a crack at the Randox Grand National, but the rider laughed and responded by saying: "Kim should know better – he's trained a Grand National winner and this fella isn't a National horse, but he is good."

Fennor Cross followed up his success at Cheltenham's October meeting with a comfortable win in the Grade 2 Sky Bet Supreme Trial Novices' Hurdle.

Winning trainer John McConnell passed the credit to Andy O'Brien, a member of winning owners The Positivity Syndicate, for nominating the race and Fennor Cross did the rest.

McConnell said: "Andy rang me on Monday and said, 'What about this race?' I told him I'll enter him and we'll see. We were wrong at the weights with some of them but we said we'd have a crack at it. He's still improving and it was a good performance."

The race sponsor quoted the winner at 33-1 for the Sky Bet Supreme Novices' Hurdle back at Cheltenham in March, and McConnell said: "I don't know if he's Supreme quality but it's something to think about.

"He's tough and he hasn't missed a beat all year on the Flat or over jumps. We'll see what happens next but he's probably entitled to a break and we'll bring him back for the spring ground."

Trainer Patrick Neville's trek through a jungle of red tape to get his name back on a racecard over the past year was rewarded after The Real Whacker gave him a first success at Cheltenham in the 3m½f novice chase.

A veteran of almost 20 years training in Limerick, Neville relocated to Britain 12 months ago but has had to be patient before his licence was approved by the BHA.

He has been working closely with Ann Duffield in that period, but after his licence was finally granted last week he now trains under his own name from boxes he rents at Duffield's base in Leyburn, North Yorkshire. 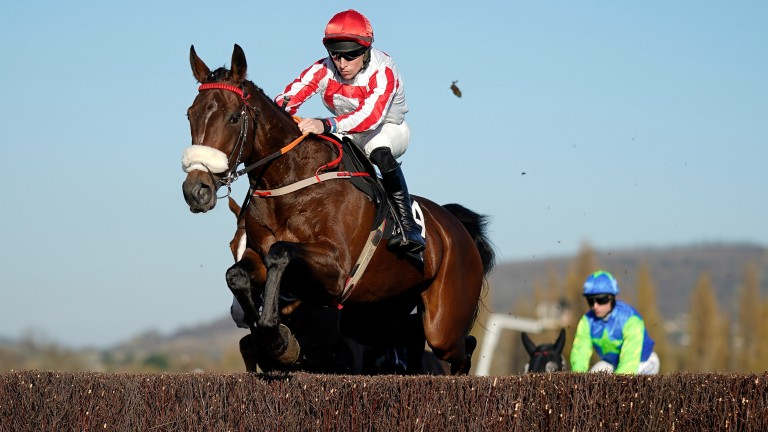 "We had loads of winners in Ireland but I was finding it hard," said Neville. "I didn't have owners and there were a lot of bad debts creeping up. Where I was based in Ireland, the horses got sick at the same time every year due to air pollution and it was crippling me.

"We were having winners at Perth and Hexham but it was costing too much to go there and back, and I'm delighted we moved. I struggled to get my licence for ten or 12 months for some reason. The amount of paperwork was ridiculous but we got there in the end and it's nice to have a winner today. I've got a great team and some great owners."

Neville, 50, trains a team of 16 "with plenty of room for more" and was delighted with The Real Whacker's winning chase debut.

"He's a smashing horse and we've always loved him," he said. "Fences are his game. He's gorgeous and would probably be better on softer ground. Gavin Sheehan was brilliant on him and his jumping was outstanding." 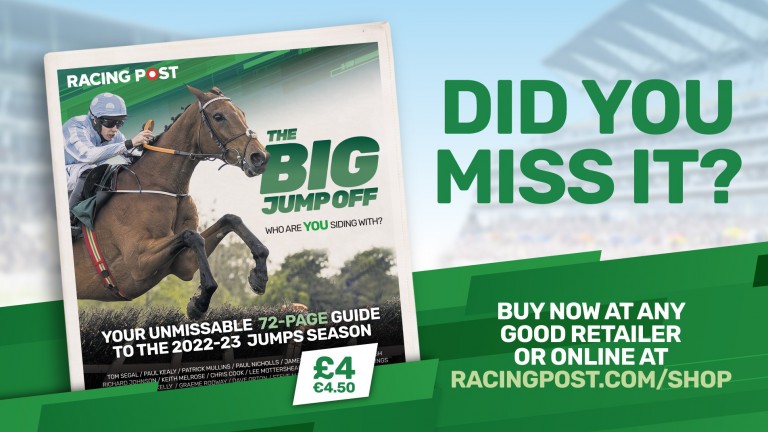 Did you miss it? The Big Jump Off is packed with everything you need to get you excited for the 2022-23 National Hunt season. It's got 72 pages of unbeatable content including ante-post tips, guest columnists, divisional analysis and much more. Order now.

We have an all-time great here - so why are we obsessing over the challenger? 'He's not the finished article' - Skelton bullish of Lac De Constance potential Daryl Jacob knew what he had to do - but Bristol didn't have it in him 'He could be really special' - in-form Snowden impressed with Uttoxeter winner 'I adore him - he's my favourite horse in the yard and I'm very happy with him' 'We've got major ambitions and have unfinished business in the Champion Chase'