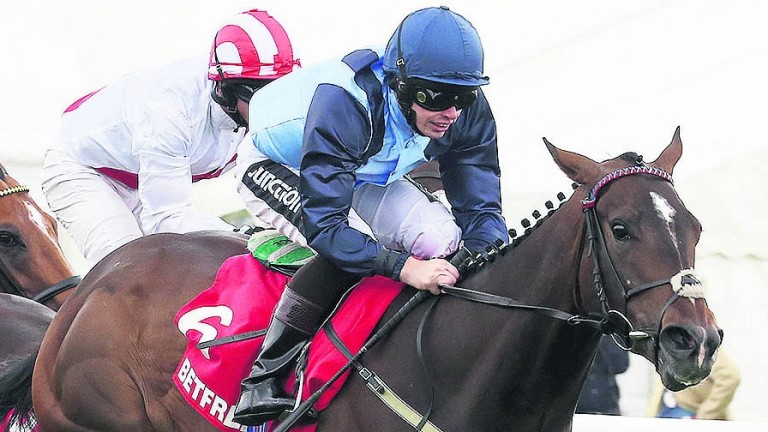 Danzeno: successful in the main race at Beverley on Tuesday
1 of 1
By David Carr, Racing writer of the year UPDATED 8:37PM, SEP 21 2021

It was a tenth victory for the Mick Appleby-trained 100-30 shot and this latest success means this is the only season, of nine, in which he has won three races.

Danzeno met 5-6 favourite Brando on terms 19lb worse than he would have done in a handicap but scored by a length and three-quarters from Dubai Station under Ray Dawson, with the market leader only third. 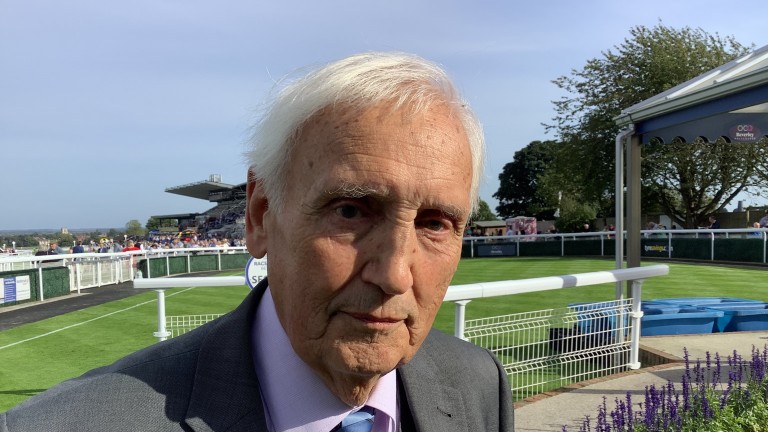 "At the weights he was up against it but he's been such a grand old boy," said Wragg, who turns 79 on Thursday. "It's a nice surprise."

Reflecting on the career of the sprinter who won the Group 3 Chipchase Stakes at Newcastle in 2014 and has earned over £430,000 in prize-money, the owner-breeder said: "When we bred him we'd just have been happy if he'd won a race or two. We bred him to be a pleasure horse.

"He was unlucky and he got touched off a few times in his early days but he won a Group 3 and he was third in a Group 1. He's been a legend."

Danzeno's longevity owes something to the way he has been nurtured and Wragg said: "We've looked after him and we've let him tell us when he's ready to run. He's thriving at the moment."

Brando, who is better known for his exploits over 6f than 5f, missed the break and trainer Kevin Ryan said: "He got left about four lengths, you can't do that over five furlongs."

Tim Easterby is closing fast on his best seasonal total of winners and landed his ninth race in the last six days when Ugo Gregory took the 7½f handicap under David Allan.

Victory number 122 for the trainer, which put him within four of his personal-high mark of 126 set in 2019, was also a third course-and-distance success this season for Frank Gillespie's grey.

"He's a cracking horse," Easterby said. "He likes good ground and he loves it round here, he goes well on most tracks but he just seems to go well here."

Reflecting on his burgeoning total of winners, Easterby added: "The horses are in great form, it's pretty amazing really. They've been healthy and they've been well all the way through."

The highlight of the yard's recent hot spell was success in the Ayr Silver Cup with Staxton, who has an entry at York this Friday.

Easterby ruled out a quick return and said: "He won't run this weekend, he might run at York in the Coral Sprint next month. He's come out of Ayr well but he's a bit tired."

Multiple runners-up Silky Wilkie and Golden War, second in six of their eight starts between them, got off the mark in the opening two juvenile events.

Paul Mulrennan expects more in 2022 from Golden War, who outstayed his rivals in the 7½f contest, and said: "He was a bit slow to stride but once I got him organised he galloped them into the ground. Hopefully there'll be more to come next year."

GUILDED wins this afternoon to set up a potential tilt @NewmarketRace in the Cheveley Park! https://t.co/Zyza9QrtWz

Silky Wilkie ended a run of four seconds by landing the 5f event for Karl Burke, while stablemate Guilded earned a possible crack at Saturday's Cheveley Park Stakes by taking the fillies' juvenile event at 1-3.

Dream call-up for Ray Dawson with Breeders' Cup booking for Zain Claudette 'The dam had ten winners from ten foals - we got number 11 and it was useless!'