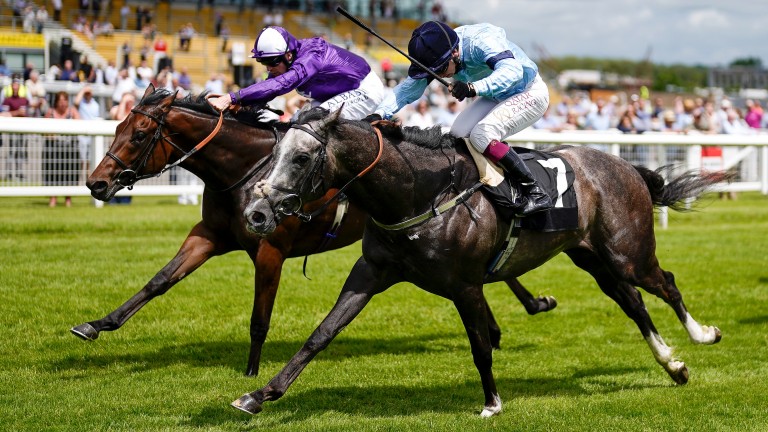 The Andrew Balding-trained Harrow ended a frustrating wait for a first win after a battling performance in the feature 7½f novice to get off the mark at the fourth attempt.

The Highclere-owned two-year-old had impressive form in the book having just been denied by subsequent Chesham third Great Max at Newbury before being more comfortably held by Chesham second Reach For The Moon at the same track last time out.

Despite colliding with the Simon and Ed Crisford-trained favourite Tylos on the run-in, there was no doubt about the best horse on the day for Highclere director Alex Smith, who said: "We know he’s a talented individual but we were keen today to try to get the job done. Yes, there was a little bit of bumping in the home straight but in the end I think he was a worthy winner."

Future targets remain up in the air for Harrow, although his entry in next month's valuable sales race at Doncaster indicates how highly Harrow is rated at Park House.

Smith said: "Andrew thought a lot of him from the very start. He was keen to make sure he got the win today and hopefully we’ve beaten what looks like quite a smart horse in second."

Sophie Smith delivered a miraculous ride in the 1m6f amateur jockeys’ handicap to win by a neck despite her mount Roar rearing out of the stalls and giving a ten-length head start to the rest of the field.

The seven-year-old, who has been racing primarily over hurdles, gave trainer Ed de Giles a sixth winner of the season.