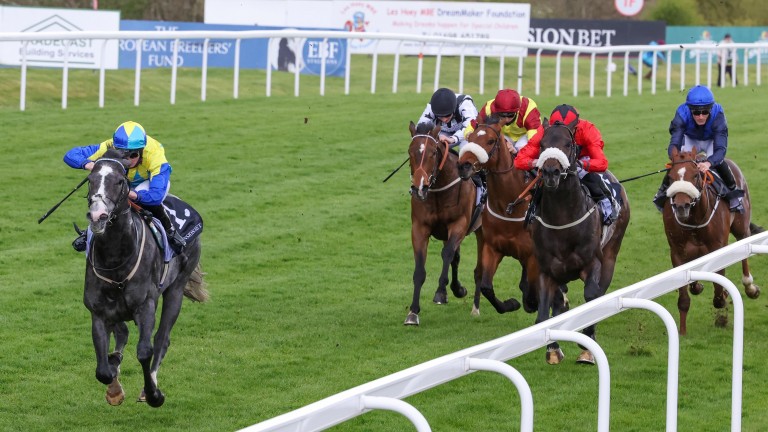 Dragon Symbol was slashed in the betting for Royal Ascot Group 1 sprint targets, the King's Stand Stakes and Commonwealth Cup, after extending his unblemished record to four with an impressive win in the 5f conditions stakes, the grey's first on turf.

The Archie Watson-trained colt was taking another giant step forward from his promise on the all-weather, moving through the race the most likely winner before quickening clear for a decisive success.

Paddy Power make him 8-1 for the King's Stand, while he is a 10-1 shot if connections return to 6f for the Commonwealth Cup.

"He was still a tiny bit babyish coming down the hill, but when I picked him up he didn't half quicken up well," said winning jockey Adam McNamara, who was riding the horse for the first time.

"I'd hazard a guess and say he's more likely to go to the Commonwealth. He's continued improving, I galloped him a couple of months ago and said to Archie he could be an 85 [rated] horse, but he keeps finding and he looks a very good one.

McNamara added: "He's going to win a big one very soon, hopefully. It's not every day you get to ride one like that." 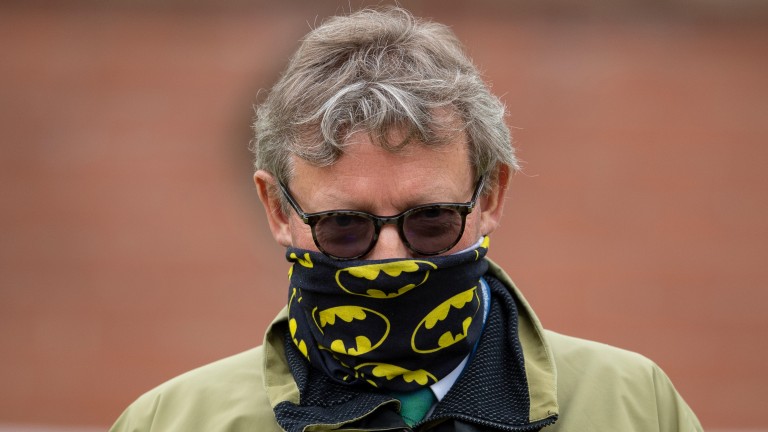 Mark Johnston was responsible for three of the first four home in the £30,000 Buttonhook Handicap with The Trader prevailing by a neck from the fast-finishing Hochfeld.

The Trader had been winless since the last Guineas weekend when he won on the restaged Newmarket card in June.

Stunning Beauty shambles shows it's time for Britain to catch up with the world No July Cup bid for Campanelle as Wesley Ward takes US raiders back home 'I didn't say that. He's wrong' - Dettori counters Murphy best-horse claim A day when two big decisions had to be made - officials at Ascot got both right Did the stewards get it right in the Commonwealth Cup? Experts have their say 'Oisin's horse drifted about eight lanes' - Commonwealth Cup result reversed