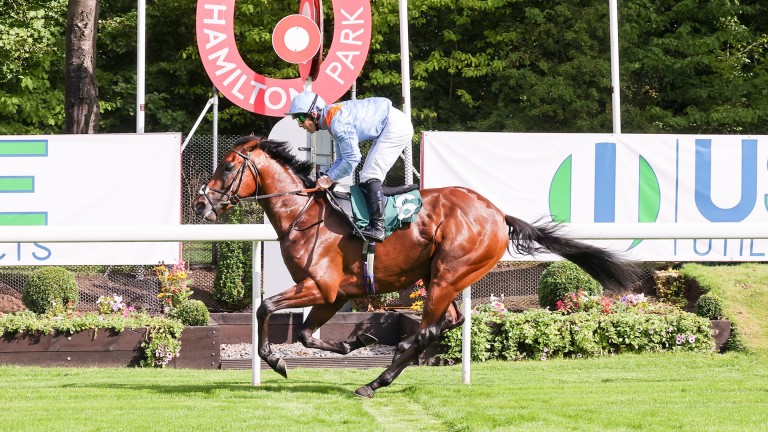 Sharvara was the first leg of quickfire double for Ben Curtis in the opener
JOHN GROSSICK
1 of 1
By Charlie Huggins 6:03PM, SEP 19 2021

Richard Hannon does not often send a horse on the near 800-mile round trip to Hamilton from his Wiltshire yard, but the long journey was rewarded when Sharvara took the opening 1m½f novice stakes under Ben Curtis by a commanding four lengths.

The Middleham Park-owned two-year-old was getting off the mark at the third attempt, to the delight of the syndicate's Tim Palin, who said: "The step up in trip and the soft ground has brought out that improvement.

"He’ll go further and we’ll probably step him up in trip again next time in something like the Zetland Stakes. We could pitch him in the Criterium at Saint-Cloud at the end of October, the ten-furlong Group 1.”

Since 1988, Hannon and his father Richard, who preceded him as the licence-holder at East Everleigh Stables, have now accumulated 11 winners, six seconds and six thirds from just 29 runners at the track, for a level-stakes profit of £30.88.

Palin added: "Richard said to me after the race that he had one or two texts from people saying, 'I don’t know why I didn’t back that – if you were sending it all the way up to Hamilton he must have had a good chance.'"

Curtis completed a quickfire double aboard the David O’Meara-trained Alpha Cru in the 1m½f fillies’ handicap but was denied a treble in the seller on 11-8 favourite Lexington Force.

The jockey, who was again riding for the Hannon-Middleham Park combination, could manage only third behind the O’Meara-trained Trusty Scout, who was getting off the mark under Oisin Murphy.

Trainer Katie Scott secured a career-best yearly total of seven winners on the Flat in Britain in the 6f handicap as Jason Hart guided 14-1 shot Elladora to a neck success. 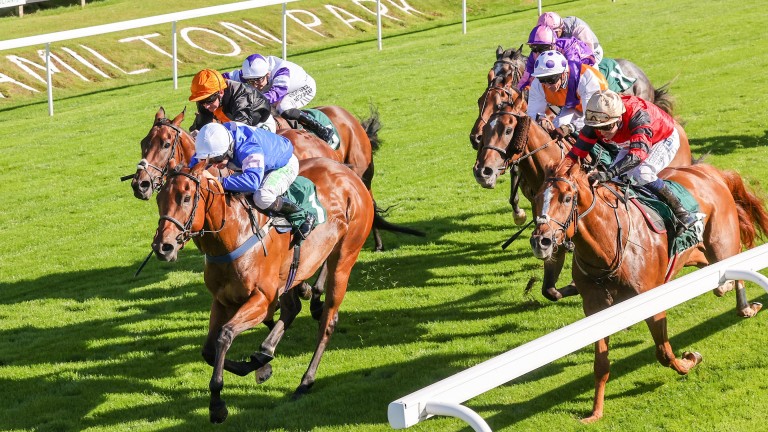 FIRST PUBLISHED 6:03PM, SEP 19 2021
We could pitch him in the Criterium at Saint-Cloud at the end of October, the ten furlong Group 1