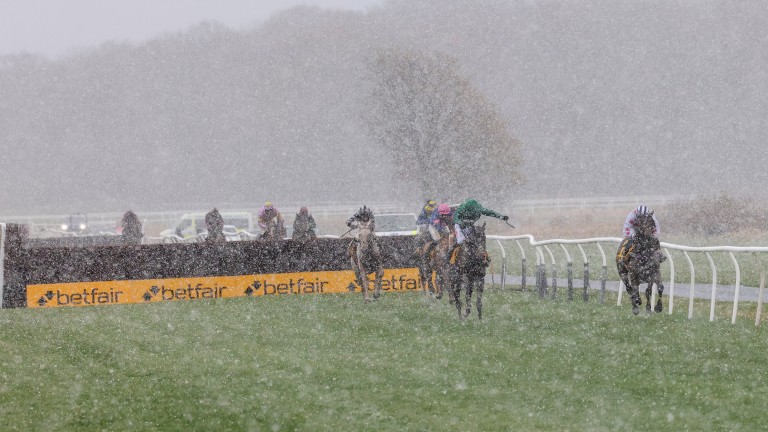 Aye Right finally secured the big victory he had long threatened in the Betfair-sponsored Rehearsal Chase but almost threw it away.

After placing in the Charlie Hall, Ladbrokes Trophy, Sky Bet and Ultima Chases last season, he looked sure to come good at the last in this Listed contest with a two-length lead over Good Boy Bobby.

However, he jumped the final fence less fluently than the chasing runner-up, who ate into his advantage on the run-in and was just a head down as he crossed the line in a snowstorm.

Winning trainer Harriet Graham said: "We've been second so many times and I thought 'where is the line?' Luckily it came in time. If he'd been caught it would have been a forced smile."

It was a notable success for jockey Callum Bewley, who lost the ride to Brian Hughes on Aye Right's reappearance, and Graham added: "Callum rode him brilliantly. He's ridden the horse really well before and he deserved a big Saturday win just as much as the horse did." 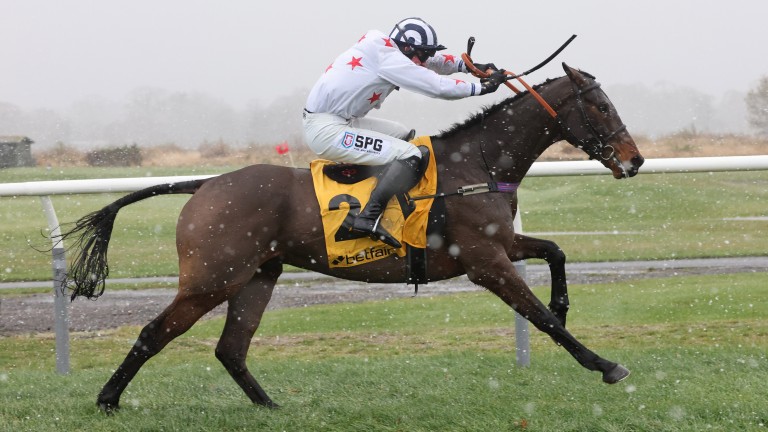 Bewley had feared the worst in the closing stages, and said: "The way my luck's been for the last two years in photo-finishes I half doubted it but it means a lot to get back on the horse.

"It's great he's done that today. He jumped well and the last was pretty much the only fence he missed – he tried to put himself right and I can't knock him. He's done nothing wrong today."

Racing beat the threat of Storm Arwen as the gusts eased enough for the meeting to go ahead but it was still windy and the opening juvenile hurdle was also run in a snowstorm.

Bridget Andrews won on the 5-4 favourite Too Friendly and said: "The wind is strong and turns you sideways at times but he stuck it out. We weren't sure he'd handle it but he made nothing of it today. 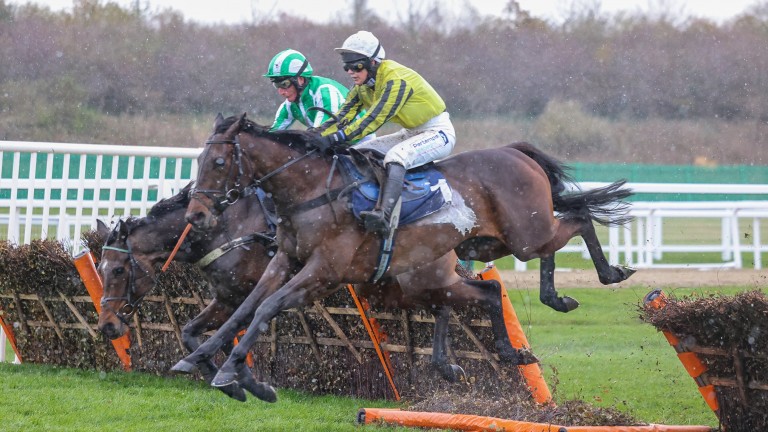 Too Friendly: won in a snowstorm
John Grossick (racingpost.com/photos)

"He's taken to hurdling really well. At the end of his race he's shown a really good attitude and will to win. We're delighted with him."

John Dance, who sponsored the first Group 1 run on the all-weather in Britain when Kameko won the Vertem Futurity here in 2019, is making a splash over jumps and struck with Mr Glass.

After the five-year-old defied another snowstorm to win the 2m6f novice hurdle, Dance said: "Our last six runners over jumps have all won, which is pretty good going." 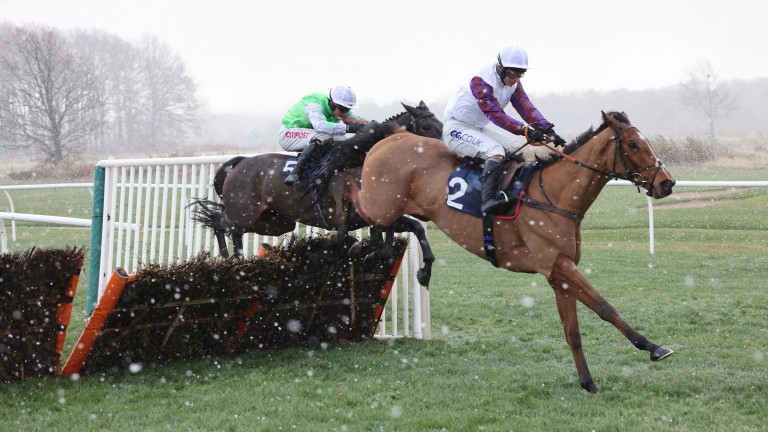 The highlight of the six-timer was Bravemansgame, an impressive winner at Haydock last weekend, and Dance added: "He was brilliant and he's in fine form after the race. He was a joy to watch and we're looking forward to Boxing Day with him."

Scene Not Herd has taken to chasing extremely well and made it two from two with a six-and-a-half-length success in the 2m4f handicap.

Jonathan Burke rode the winner for Charlie Longsdon and said: "I was impressed with him at Hereford and he was good again today. He was a bit sticky early on but once we got down the back he started pinging and he was brilliant over the four in the straight. 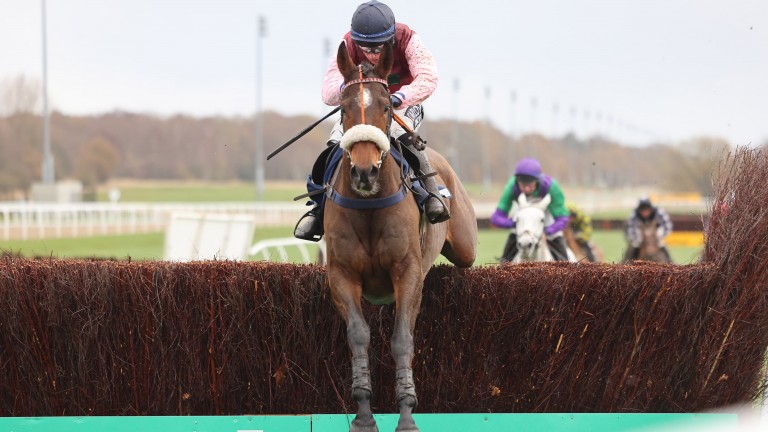 Scene Not Herd: has made a fine start to his chasing career
John Grossick (racingpost.com/photos)

"Charlie was concerned because he ran badly on good to soft ground last season but being a year stronger he's that bit better and that ground was fine for him."

Expert jury: Who was the most likely Cheltenham Festival winner from today's action?

FIRST PUBLISHED 4:30PM, NOV 27 2021
He's ridden the horse really well before and he deserved a big Saturday win just as much as the horse did

'There is no better feeling' - relentless Stag Horn delights Scholfield Promising Jpr One to be entered for the Betfair Hurdle after stylish success 'I've had this race in mind' - who has been laid out for the Lanzarote Hurdle? 'He deserves his spot in this race' - Grade 2 novice hurdle insight Training titans put records on line against Haldon Gold Cup king Eldorado Allen 'Wonderfully tough' Frodon to spearhead Paul Nicholls' bold Leopardstown raid