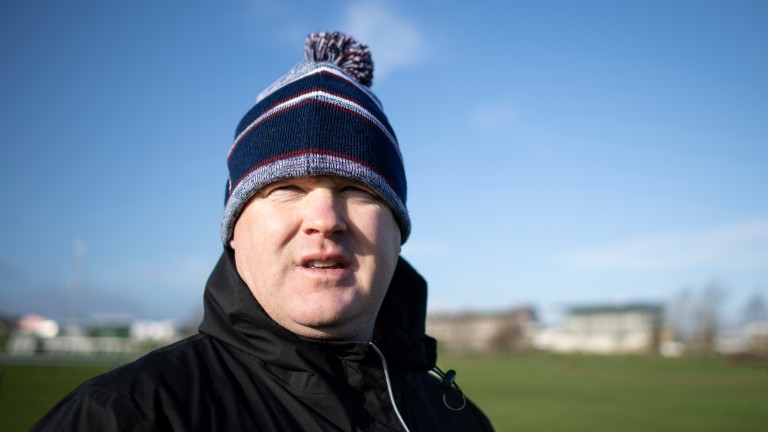 Gordon Elliott saddled his first winner since his six-month suspension was lifted when Fancy Foundations landed a 2m4½f chase at Sligo on Wednesday afternoon.

Denis O'Regan's mount, carrying the colours of Caldwell Construction, stayed on strongly after the last for a four-length success over Blackstair Rocco.

Elliott was suspended earlier this year after a picture emerged in March of him sitting on a dead horse, with Denise Foster taking over at Cullentra House during his suspension.

Elliott said: "We thought we came here today with a couple of good chances. It didn't happen for The Sliding Rock in the first but Fancy Foundations was good. He was a bit keen in a tactical race but Denis gave him a good ride and he jumped well. 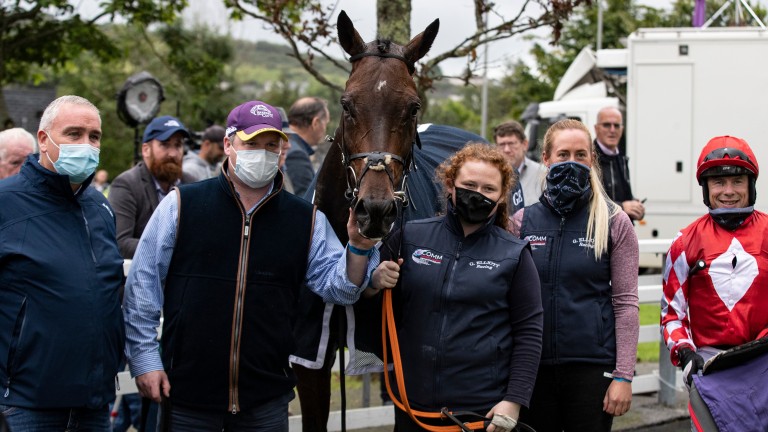 Gordon Elliott with Fancy Foundations, his first winner since the completion of his six-month suspension
Patrick McCann

"It's great for his owners Andrew and Gemma Brown, who are big supporters of the yard. I'm delighted to get my first winner back for them. We'll probably go to Cheltenham in October for a novice chase next. Andrew and Gemma are from England so we'll look to go there for them to have a bit of fun."

He added: "We liked Fancy Foundations coming here and had this race picked out when I knew this was around the day I'd be coming back. He's a nice horse."

Only Sligo members and owners attended the jumps fixture, but the small crowd seemed to provide Elliott with a warm reception after his first success since March.

Elliott said of the reaction to his comeback success: "It just goes to show with this game, to see people clapping you back in and out afterwards. I've missed those people as much as they've missed me for the last six months. It's brilliant for the staff who have worked hard." 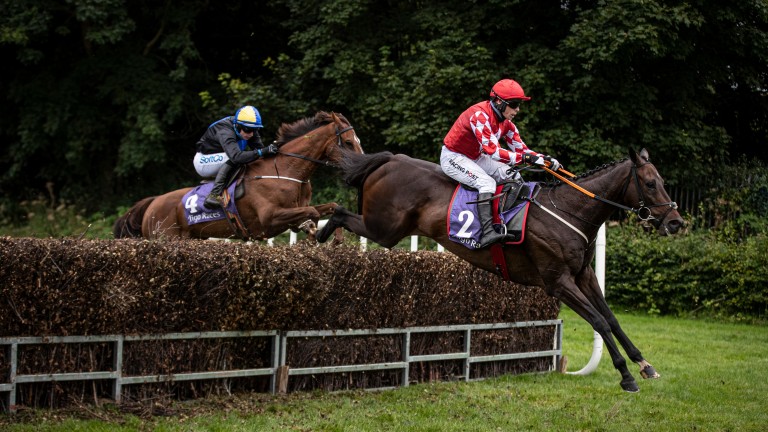 Elliott was able to make entries again from last Thursday and his first runner, Oh Purple Reign, finished 12th of 14 in a handicap on the Flat at Punchestown on Tuesday.

A bad blunder on the final circuit put paid to the chances of The Sliding Rock, who finished third in the 2m1f mares beginners chase earlier on the card.

Elliott said: "I knew I had Downpatrick coming on Friday and Navan on Saturday, so if I hadn't trained a winner before the weekend I'd say I would have been low. It's out of the way now, though, and I just want to get back doing what I love.

"I'm looking forward to getting back training winners, repaying all my owners and staff who stuck by me. When you see the public at Punchestown on Tuesday and Sligo today it's unbelievable."

David Jennings: what was the reaction to Gordon Elliott's return at Punchestown? (Members' Club)

'It's great to be back racing' – Gordon Elliott returns after suspension

Gordon Elliott: 'I'm sorry for what I did. A chance to move on is all I'm after.' (Members' Club)

FIRST PUBLISHED 4:31PM, SEP 15 2021
It's great for his owners Andrew and Gemma Brown, who are big supporters of the yard. I'm delighted to get my first winner back for them